It was a year of extremes in Toronto's new-home market, with pre-construction sales of single-family homes falling 58 per cent in 2017 while new condominium sales soared to a record high.

Altus Group, which collects data on the construction sector, said builders sold 7,700 new single-family homes in the Greater Toronto Area last year, the lowest number recorded since the firm began tracking construction trends over a decade ago. Sales were down 58 per cent from 2016, when 18,365 new homes were sold.

Developers typically sell new homes months or even years before construction launches. Single-family homes include detached and semi-detached houses as well as townhouses.

Matthew Boukall, senior director of residential products at Altus Group, said builders are facing lower demand for single-family homes as prices have climbed and more buyers are turning toward the condominium sector as the affordable alternative. The benchmark price of a new single-family home sold in the GTA climbed to $1.2-million in 2017 from $650,000 four years earlier, he said.

"A large number of buyers have simply been priced out of that market," Mr. Boukall said.

He said a smaller group of buyers is now shopping in the single-family home market, and developers are adjusting by holding off on new developments or by changing the kinds of homes offered to lower-cost options, such as townhouses instead of detached houses.

"One of the challenges was that builders who were offering expensive homes weren't seeing the buyers," he said.

"If there was a pullback in inventory of those homes, it's because sales were slow. … Increasingly in the GTA, if you were originally a detached-home buyer, you are now a townhouse buyer, and if pricing continues to rise you're going to be a [condominium] apartment buyer."

The condominium sector set a very different sort of record in 2017, with Altus reporting that builders sold 36,429 new units last year, "smashing" the prior sales record set in 2016, when 29,132 condo units were sold. Most new condo units are also sold prior to construction.

While the city of Toronto accounted for 60 per cent of new condominium sales last year, sales levels also climbed sharply in York Region to the north and Peel Region west of the city.

Mr. Boukall said the market for new condos is also facing affordability concerns, however, which will likely affect sales growth in 2018. The average new condo sales price rose 41 per cent in 2017 to $716,000, and Altus forecasts a flat market in 2018 with sales similar to 2017's record level.

"We are anticipating it will be a challenge for the market to surpass 36,000 condo sales in 2018," Mr. Boukall said. "We think there's excess demand to absorb 36,000 homes again. It's just a function of whether the market can afford it."

Altus expects the single-family home sector to improve in 2018 compared with 2017 sales levels, he added.

"We believe we've hit bottom in terms of sales volumes," he said. "The sales volume will increase if developers don't necessarily adjust their pricing lower, but adjust the product they're offering into the more affordable price band."

A key factor in the increase was the growth in sales of undeveloped residential land, which climbed 49 per cent to $8.5-billion in 2017. Most of the land is purchased by builders for future development, so may not see construction launched for several years.

The growth was not only due to land values increasing, Mr. Boukall said, but also due to a growth in the volume of land sold, with 7,308 acres of residential land sold in 2017 compared with 6,720 acres in 2016.

"It really speaks to the fact that the GTA economy has been very strong," Mr. Boukall said. "As an economic region, it's happening right now in the GTA and that's driving a lot of activity." 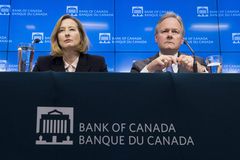 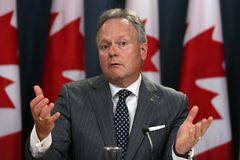