Wandering around Chicago for a few days last week was a disconcerting experience for what I didn't see: The Windy City seemed strangely empty.

It took a few hours before it struck me that I've become so accustomed to the cranes, construction sites and condo towers in Toronto, the normal buzz of a large American metropolis seemed eerily quiet in comparison.

And when I looked at empty stretches of sky, 3-D renderings were popping into my head. It's an occupational hazard as a real estate reporter that, when walking past downtown building sites or along the shore of Lake Ontario, I can't help but visualize the completed structure, and what it will mean for the views of people in the surrounding towers.

I had no awareness of how consuming this diversion has become until I went to Chicago and had a nagging feeling that there was something I was supposed to be doing.

From the 28th floor of an older condo building with an expansive view over Lake Michigan and the shoreline, the only construction site I could see was an ugly pit in Millennium Park. They have torn out all of the trees and gardens surrounding Frank Gehry's curving bridge in order to build a children's playground. Many of the locals are distraught, but that's another story.

Looking along the lake's edge, I saw a vast expanse of trails and parkland. There are towers in downtown Chicago, to be sure, but many have been there for decades. Here, condo owners don't move in to find the view from their floor-to-ceiling windows blocked by another tower before they've even had a chance to mount the flat-screen TV.

In Chicago, Jeanne Gang's 82-story Aqua tower stands out for its wavy beauty and shiny newness. It was completed in 2009.

In Toronto's Humber Bay Shores, West Donlands, Citiplace and many other areas, the neighbourhood seems to undergo a transformation practically on a weekly basis. But despite all of the building still to come, buyer fatigue is showing up in the numbers.

In Ontario, housing starts declined 15.5 per cent in September from August – bucking the rising trend in most markets across the country.

Stefane Marion, chief economist and strategist at National Bank Financial, points out that starts for multiunits – those condo towers – in the Greater Toronto Area came in at their lowest level in five months. Since many buildings that are newly built or somewhere in the planning and construction phase have a good chunk of unsold units, Mr. Marion expects builders to be prudent about launching more projects.

Looking ahead to the fourth quarter, he expects a weak economy and rising mortgage rates will lead to softer housing starts in many Canadian cities. Since the strongest showing in the three months ended Sept. 30 came from condos, rather than single-family houses being built in the Prairies and Atlantic Canada, he says it's not clear that new construction will contribute to economic growth in the third quarter.

Capital Economics is forecasting a slump in Canada's housing market that will hold back economic growth over the next two years. The firm's economists point to a slowdown in construction and declining new-home sales. While existing home sales have perked up in the second half of 2013 compared with the first, the economists suspect that buyers are closing deals quickly to take advantage of lower preapproved mortgage rates. If they are correct, they warn, next year's existing home sales will be even weaker than they otherwise would have been. 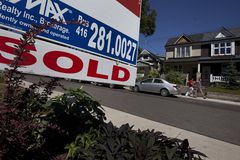 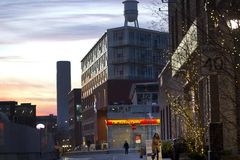 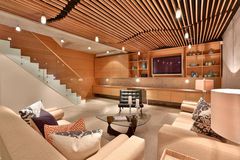