Arie and Sabina Diamant are standing in a dark and cluttered basement, trying to figure out why the floor is slanting dramatically towards the centre of the house.

Upstairs, they tour the main floor and its kitchen, which appears to date to the 1950s. The second-floor bedrooms are overflowing with clothes, plastic flowers and porcelain figurines.

"There aren't too many I would show this to," says their real estate agent, Ira Jelinek of Harvey Kalles Real Estate Ltd. "Most people would say 'get me out of here.'"

But the Diamants are 20-something first-time buyers who are not easily deterred when it comes to making a foray into Toronto's real estate market.

"This is a project," says Mr. Diamant. "But projects pay off."

The husband and wife have been searching for the right property on and off for a year. Like so many buyers these days, they're trying to figure out where the market is heading and how they can make the best use of the cash they've saved for a down payment. They want to buy a house to live in but they would also view any property they purchase as an asset they expect to rise in value.

"No matter what anyone says about the market, definitely it has tapered off," says Mr. Diamant when I join the couple and their agent for an afternoon of viewing. "I think people are still trying to figure out what the market really is."

This semi-detached house near Oakwood and Vaughan is the second property of the day.

The first was a townhouse with high ceilings and chic decor just north of Eglinton. Everybody likes the wide plank hardwood floors and the ensuite bathroom in the bedroom. They're impressed when they find out that the ensuite is in the guest bedroom – the master is even more sumptuous.

The main floor living area seems a little small – especially in a house listed for $679,000. They also don't see a way to add value to the property beyond the potential appreciation of the market.

A few weeks earlier the couple had tabled a bid on a bungalow up the street with an asking price of $750,000. The owner wasn't holding back offers but three parties quickly stepped up so a mini-contest broke out. The Diamants offered $765,000 but lost out to a triumphant bid of $782,000.

After that they struck a deal to buy a house in the $650,000 range but their offer was conditional on inspection. Once they got a contractor in and found out how much work was required, they pulled out.

"They're patient," says Mr. Jelinek. "They're not getting deterred."

The couple is focusing their search near Eglinton Ave. and the Allen Expressway because they like the proximity to the Eglinton West subway station and the potential for property values to rise when the planned Eglinton-Scarborough Crosstown light rail transit line is up and running.

Houses in the area are also more affordable than those on streets closer to Avenue Road to the east.

The Diamants don't worry about buying into a market that may weaken further. They like the forced savings aspect of home ownership, says Mr. Diamant, and they would rather put their money towards equity than continue to rent. At the same time, they don't feel in any rush to buy. The trend in the market is downwards, in their opinion, and the longer they wait, the larger the down payment they can save. Interest rates don't appear to be heading up any time soon.

At the start of their search they considered buying a condo unit, but they couldn't see the value. They'd have to pay about the same amount for a condo as they would for the second property we see – a three-bedroom house with an asking price of $499,000.

As they look around, they can easily see past the dated decor and closed-in rooms.

"I'm ripping it apart in my head," says Mr. Diamant. "This is a house we could grow into. A condo is a very immediate fix."

Mr. Jelinek pulls out his research showing that last April another semi on the same street sold for $470,000. The buyer did a quick renovation and sold it again in July for $620,000.

The agent sees potential in this house because of its wide lot and decent interior space.

"This would cost nothing to knock down," he says, pounding on the wall separating the living room from the hallway.

Outside, the property has a wide lot with a large garden on the side and a small backyard. The side lot is generally considered less desirable, so Mr. Jelinek sees an opportunity to bargain down the price.

"These are the ones we really like – the gems in the rough. They're really hard to find," says the agent.

The basement, tilted floor and all, could be rented out in its current condition for $750 a month, Mr. Jelinek figures.

He pulls out his cell phone to talk to the listing agent. He wants to get a feel for how attached the seller is to the asking price and whether the agent can shed any light on the slope, among other things.

She can't say what's causing the slope but she is receptive to an offer.

"Put something on paper – we'll work with you," she says.

Mr. Jelinek advises the Diamants to put in a conditional offer – then bring in their own inspector and contractors.

If the offer is accepted, the strategy keeps the property out of the hands of competing buyers for a few days, but the deal can always be scuttled if the house doesn't pass inspection.

Mr. Jelinek ushers them out the door.

"Let's do the paperwork before someone entrepreneurial like you finds it."

Good transit options and getting better

The streets near Eglinton and the Allen Expressway have long had the benefit of quick access to major highways, but they've lagged behind more fashionable neighbourhoods in other ways.

The mid-century bungalows and semi-detached houses were a bit dowdy, while the shops along Eglinton lacked the cachet of the upscale boutiques to the east, on the strip between Bathurst Street and Avenue Road.

But a renewal has been taking place near the intersection of Vaughan Road, Oakwood Avenue and Belvidere Avenue, which is known as Five Points. In recent years younger families have been moving in because the area has remained relatively affordable and the Eglinton West subway station provides access to a quick subway trip downtown.

Some of the smaller, older bungalows have been torn down to make room for larger, newly built houses.

The neighbourhood transformation is set to receive a boost from a massive transit project. Metrolinx aims to have the Eglinton-Scarborough Crosstown light rail transit from Black Creek to Kennedy Station running by 2020.

The pocket has long been home to a mix of families: the Jewish community that has spread out beyond Holy Blossom Temple and Beth Tzedec Congregation has long populated this niche. The south campus of Leo Baeck Day School is located on Arlington Avenue. Cedarvale Park is also a draw for families.

Through the years, the neighbourhood has seen waves of immigrants come through, with lots of arrivals from Italy and Portugal in the past century, followed by a swelling Spanish-speaking population. For first-time buyers, it's still possible to find a solid house that could benefit from a rejuvenation – though these are becoming more scarce. 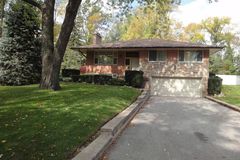 Pool proves the key to Oakville home sale
March 14, 2013
Follow Carolyn Ireland on Twitter @CarolynIreland
Report an error Editorial code of conduct
Due to technical reasons, we have temporarily removed commenting from our articles. We hope to have this fixed soon. Thank you for your patience. If you are looking to give feedback on our new site, please send it along to feedback@globeandmail.com. If you want to write a letter to the editor, please forward to letters@globeandmail.com.
Comments