Terms of the deal were not disclosed, but Gavin Swartzman, CEO of Peerage Realty Partners, said it’s just the first step in the company’s U.S. expansion plans.

“We’ve internally allocated $250-million to invest in the [U.S.] market,” Mr. Swartzman said “Our goal is a quality over quantity approach. We do have our eyes on other markets in Canada, it’s just hard to find markets with that similar velocity to the volume of real estate in the Golden Horseshoe and GTA.”

In terms of scale, Peerage claims its collection of Canadian brokerages account for $6-billion in transactions, while Madison CEO Todd Narlinger said his brokerage transacted $816-million with 148 agents. Mr. Narlinger also said that his brokerage wasn’t for sale, and the Peerage partnership model – which leaves him in charge as CEO and maintains an equity stake – is the only type of merger deal that would have worked for him.

“Over the last three, four years I got approached almost every quarter [with an acquisition or merger offer], not one time did I ever think about it,” Mr. Narlinger said. Huge players such as Realogy/NRT (the residential brokerage market leader, which in 2017 had $178-billion in transactions and more than 50,000 agents) and Berkshire Hathaway Homeservices ($125-billion in sales with more than 40,900 agents) are among a handful of holding companies that have been snapping up independent brokers in the U.S. since 2013.

“Realogy/NRT, Homeservices, none of them appeal to me. Look at Peerage: four partners in 11 years, … that’s a key part of this: Miles and Gavin are trying to find the right people,” he said.

Miles Nadal is also the founder and former CEO of MDC Partners Inc., which in the early 2000s employed a similar partnership model to attract dozens of independent firms and transform itself from a printer of cheques and maker of bank cards into a major digital advertising and marketing company. In 2015, Nadal resigned from MDC amid a U.S. Securities Exchange Commission investigation into the public company. In 2016, he accepted a settlement to pay back more than $10-million in compensation, and another $1.9-million in undisclosed expenses, which included costs related to private airplanes, sports cars, jewellery and plastic surgery.

In April, 2018, Nadal entered into a settlement agreement with the Ontario Securities Commission that barred him from serving as a director or officer of any public company in the country until May 2022.

“I understand what happened in the past, we all have Google,” said Mr. Narlinger. “They addressed my concerns; … more importantly, here’s the news on real estate: we’re very regulated.”

There are signs that the U.S. housing market is slowing; as 2018 wound down home price growth fell below 6 per cent in the Case-Shiller national home price index, amid signs that higher mortgage rates are beginning to bite. But Peerage’s Swartzman said the company sees such potential disruption as an opportunity.

“As the real estate brokerage industry goes through a significant amount of change, we see a market in the mid-to-upper and luxury ends, where the value of that trusted advisor is critical,” said Mr. Swartzman.

“My personal belief [is] when the markets slow down, the cream rises to the top.” 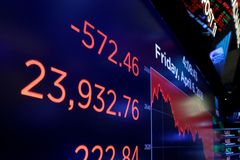 The little-known IRS rule that may have some wealthy Canadians eventually owing taxes on their U.S. stocks
May 20, 2018 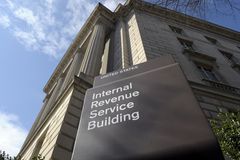 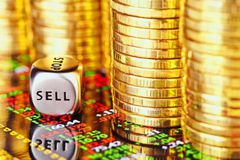