“For 50 years, we’ve been trending toward home ownership, but now that average and even upper-income workers are being priced out of home ownership, they are staying in rental housing for far longer,” said Jill Atkey, acting chief executive and managing director of the BC Non-Profit Housing Association.

The housing advocacy agency developed the index, which measures pressures on renters in 800 cities and regions. This edition of the index uses 2016’s long-form census, while the index compiled in 2015 used the 2011 National Household Survey.

Ms. Atkey said Canada is facing a critical shortage in supply of new purpose-built rental housing. Even though the federal government has rolled out additional investments in affordable rental housing, and Quebec and B.C. have incentives and building plans for more rentals, she said many of those plans won’t bear significant fruit until 2020 and beyond.

“We’ve been saying for a couple of years the situation is going to get worse before it gets better,” Ms. Atkey said. “I think what the data show us is we are in that period where it’s getting worse. It’s not a situation that can be fixed overnight.”

The new index also includes metrics on overcrowding and overspending, and shows 18 per cent of the country’s renters are devoting at least 50 per cent of their income to pay for shelter − a number the Canada Mortgage and Housing Corp. defines as crisis-level spending, putting those people at risk of homelessness.

The five provinces with the highest share of people in the 50-per-cent category are B.C. (21 per cent); Ontario (20.9 per cent); Nova Scotia (19 per cent); Newfoundland and Labrador (17 per cent); and Saskatchewan (16.4 per cent). Those households on the bottom of the income scale are dramatically more likely to be paying too much for rent: In Ontario, 60 per cent of those making less than $22,385 are in the 50-per-cent-for-rent group; in B.C., they are 66 per cent; in Nova Scotia, 63 per cent.

The CMHC defines a household paying 30 per cent of its income as having affordability challenges, which would describe 40 per cent of Canada’s renters. Not surprisingly the same five provinces have the highest share of renters with affordability issues but, Ontario and B.C. lead the way with 45.7 per cent and 43.3 per cent respectively of households struggling to pay rent.

Another trend in the data is that affordability challenges have migrated from the biggest cities to their urban fringes. Some of the most expensive average rents in the country are from so-called bedroom communities, such as Airdrie, Alta., which saw its population soar to more than 64,900 in 2017 from 16,000 in 1997, but has just 3,755 rental households with an average rent of $1,597. Meanwhile, just minutes south is Calgary with 131,660 rental households with average rents of $1,355.

Vaughan, near Toronto, has one of the highest average rents in Ontario at $1,586 and there are 3,640 rental households spending at least half their income to house themselves (about 32 per cent of the city’s 9,700 renters, and that proportion shoots up to 70 per cent of the lowest-income residents). Similar patterns play out communities such as St. Catharines, Peterborough and in London, where about 10,800 of the city’s 64,960 rental households fall into the lowest income quartile and are paying about half their income on rents, which are about $744 on average.

“I think what we’re seeing, very literally on a map, is poverty being pushed out into outlying areas; the cost of housing is not lining up with the pace of income,” said Marlene Coffey, executive director of the Ontario Non-Profit Housing Association.

In the Greater Toronto Area, for example, Ms. Coffey said, between 2011 and 2016, average rents went up 21 per cent while wage growth was just 13 per cent. “When you push affordability challenges in to smaller communities, they may not have the affordable rental housing stock there; people are creative, they do things like live in crowded dwellings.”

The index’s overcrowding data are starkest in Canada’s north, known for having some of the most acute housing shortages in the country. More than 80 per cent of Nunavut households are rented, and the Baffin, Keewatin and Kitikmeot regions combine for 2,660 overcrowded rental households, which while a small number in absolute terms represent 29 per cent, 40 per cent and 41 per cent respectively of the total rental supply.

Toronto sees a surge in purpose-built rental development
May 3, 2018 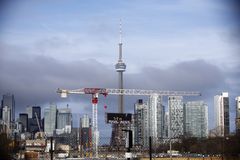 Rental-only zones in B.C. could result in lower land prices: experts
May 3, 2018 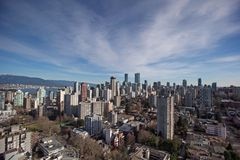