Houses in Hamilton’s historic Corktown sometimes come packed with stories and distinctions. Some are significant heritage properties worthy of preservation. Dr. Ian Derby and his wife, Susan, have owned and run his neurology practice out of a property like that for more than 40 years now.

Dr. Derby says he has heard second-hand accounts of the building’s provenance, as either the work of architect Frederick James Rastrick or, alternately, of his son, Edward Llewellyn Rastrick. Ms. Derby says her research lead her to the same conclusion: “I learned that the son, Edward Llewellyn Rastrick, who studied under his father and became an architect, was most likely involved in the design of the house and subsequently lived here.”

Frederick James Rastrick’s role in Ontario architectural history was not huge, but has been noted by architectural historians such as Stephen Otto, though Mr. Otto also wrote an article that debunked common myths about the British transplant who arrived in Canada in the early 1850s and died in 1897. The Biography of Canadian Architects entry for Frederick James Rastrick lists nine residences designed by him in Hamilton, none of which are on Maria (later renamed Forest) Street.

It’s common to ascribe famous Hamilton landmarks such as the Amisfield Castle or the Customs House to Frederick James Rastrick, but Mr. Otto could find no connection between the architect and the buildings. Even the house next door to Dr. Derby’s house, 46 Forest, has been called “the Rastrick House,” but – although it was Frederick James’s residence, then his family’s home from 1858 until approximately 1909 – it was not designed or built by him. Mr. Otto’s view was that Mr. Rastrick’s most significant contributions to the city were some of the stone warehouses he built, and a Bank of Upper Canada building. He also added a wing of the Sunday school at the Church of Ascension, next door to 50 Forest.​

“Currently, the City does not have any information on file that would confirm or refute that the building at 50 Forest Avenue was designed by F.J. Rastrick,” writes Marie K. Fitzpatrick, communications officer with the Planning & Economic Development department of the City of Hamilton.

The City of Hamilton’s heritage department did investigate the property, according to Ms. Fitzpatrick: “A preliminary screening of the heritage value of the property at 50 Forest Avenue, Hamilton was undertaken in 2015. The building is believed to have been constructed in the late 1890s, but additional research is still required to determine if the design of the building is attributed to a significant architect, builder or designer. The property is listed on the City of Hamilton’s Register of Properties of Cultural Heritage Value or Interest. It is also on the City’s designation work plan and slated for review in 2022.

“The 0.08 acre property is located in a block comprised of a rare surviving cluster of late-nineteenth century buildings highlighted by the Church of Ascension, a prominent landmark in the south-central part of the Downtown. The historical value or interest of the property lies in its association with late nineteenth century development in Downtown Hamilton.”

So, whether or not it’s a Rastrick house, it’s a piece of the fabric of downtown Hamilton. Regardless, Dr. Derby sees the structure as worthy of note. “I think it’s a lovely place for that period,” he says.

Today, 50 Forest is a doctor’s office. The entire lower floor is divided into four exam rooms and an office space. Almost all of the heritage character has been stripped away, though there is a charming bit of stained glass preserved.

The interior is unremarkable and dated. “It’s a house that’s all white inside, oak trim baseboards and some black accents, very simplistic in its approach,” Dr. Derby says. “It would have been considered an advanced design for the 1970s.”

There are living quarters upstairs, a kitchen and living space with cabinets in need of updating, and a loft bedroom as well. There are two bathrooms, 2,760 square feet and a basement bedroom.

The outside has plenty of character though. The City of Hamilton’s heritage report describes it as “a brick vernacular building influenced by the Queen Anne architectural style, believed to have been constructed in the late 1890s." Features of the style include: "The two-storey projecting bay with pedimented gable; the variety of windows, such as semi-circular, segmental and oval-shaped, with rusticated stone sills and brick voussoirs; the brick detailing; the broken-course, cut-stone foundation; and the variety of materials and textures, such as the brick façades, stone foundation and accents and wood shingling in the gable.”

Modern exterior updates include a two-car garage, heated steps (to keep the entrance non-slip for patients) and a steel roof.

Initially listed for sale in August, 2018, the couple have had interest from developers and from doctors looking to set up their practice there. Their agent, Lori Van Dinther with Re/Max Escarpment Realty Inc. has been focusing on professionals – dentists etc. – looking for either a live-work arrangement or to completely convert the living spaces to more offices.

Because of the hybrid nature of the property, Ms. Van Dinther is not worried about the 1970s gut-job of the interior. “In a residential home, people would be more concerned with that,” she says. “In a late-1800s early 1900s house, people want to see the old gumwood trim. For a business, I don’t know.”

The building’s uncertain provenance may actually be beneficial to someone looking to modernize, says Ms. Van Dinther, since there is no heritage designation to slow the process.

“The benefit is that if somebody does want to do some work to it, it’s not going to be tough,” she says. "I’m marketing it as an investment in Corktown.”

She cites a comparable sale nearby of a $1.1-million pub in a historic character house. “It didn’t have any of the cool history that our building does.” 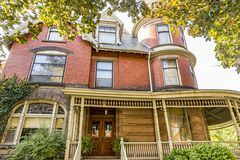 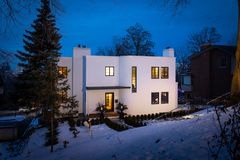 Home of the Week: Heritage home in Hamilton is ready for multiple residents
Asking: $1,798,000 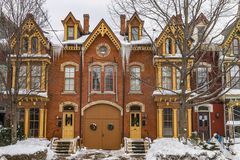 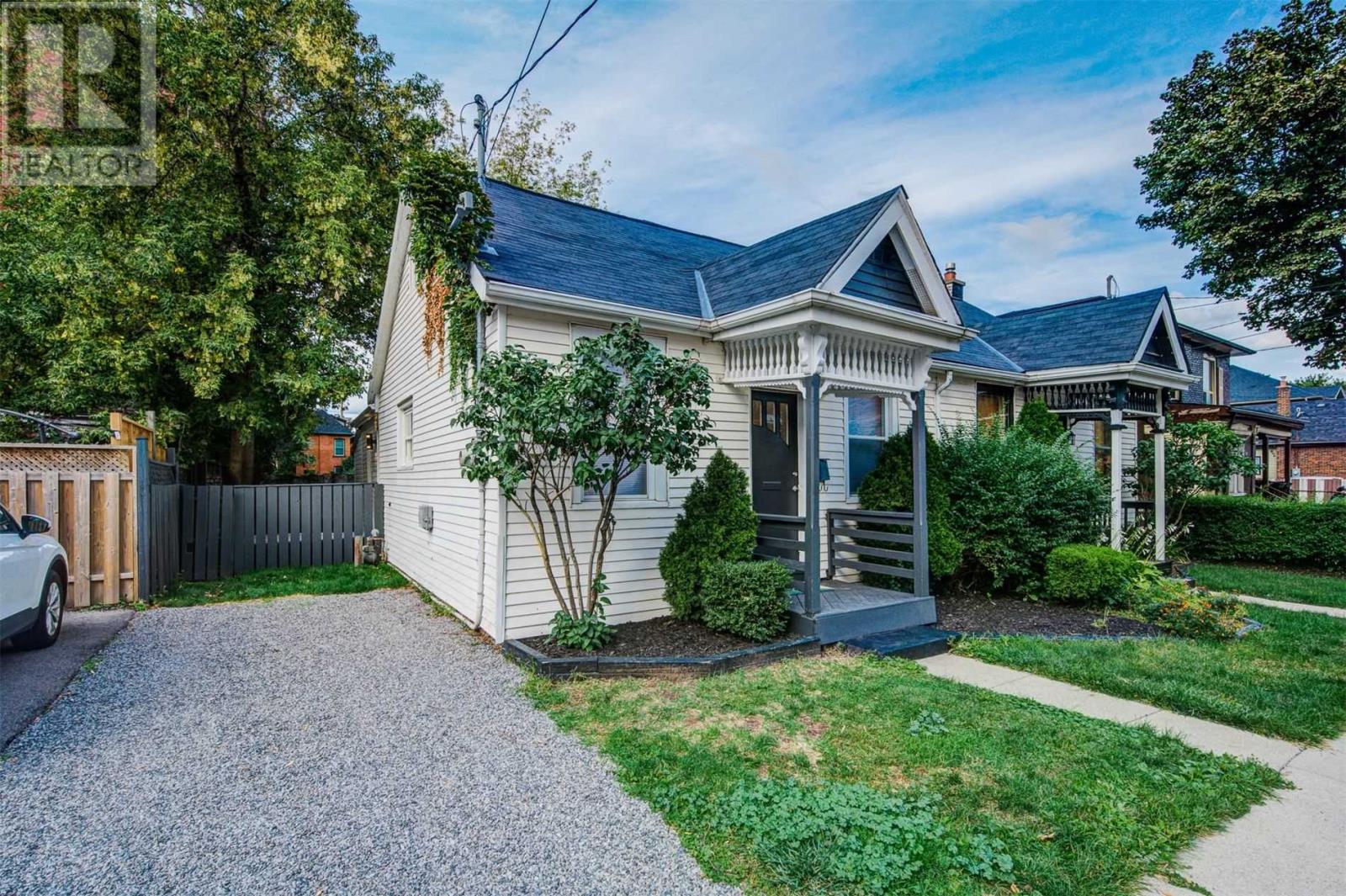 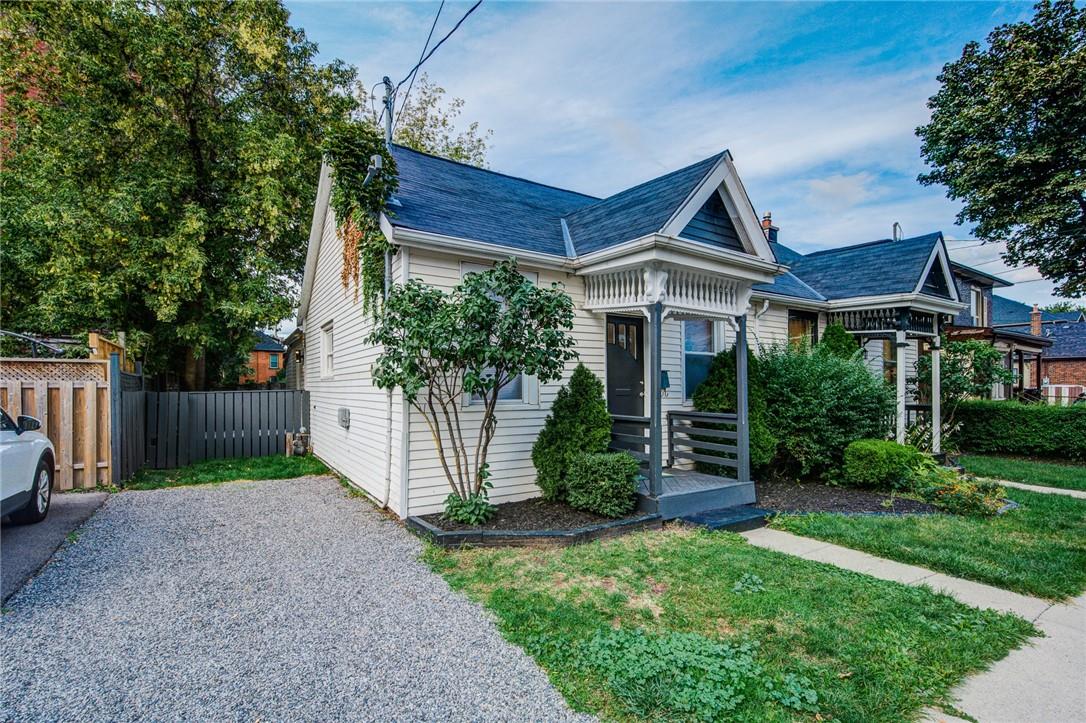 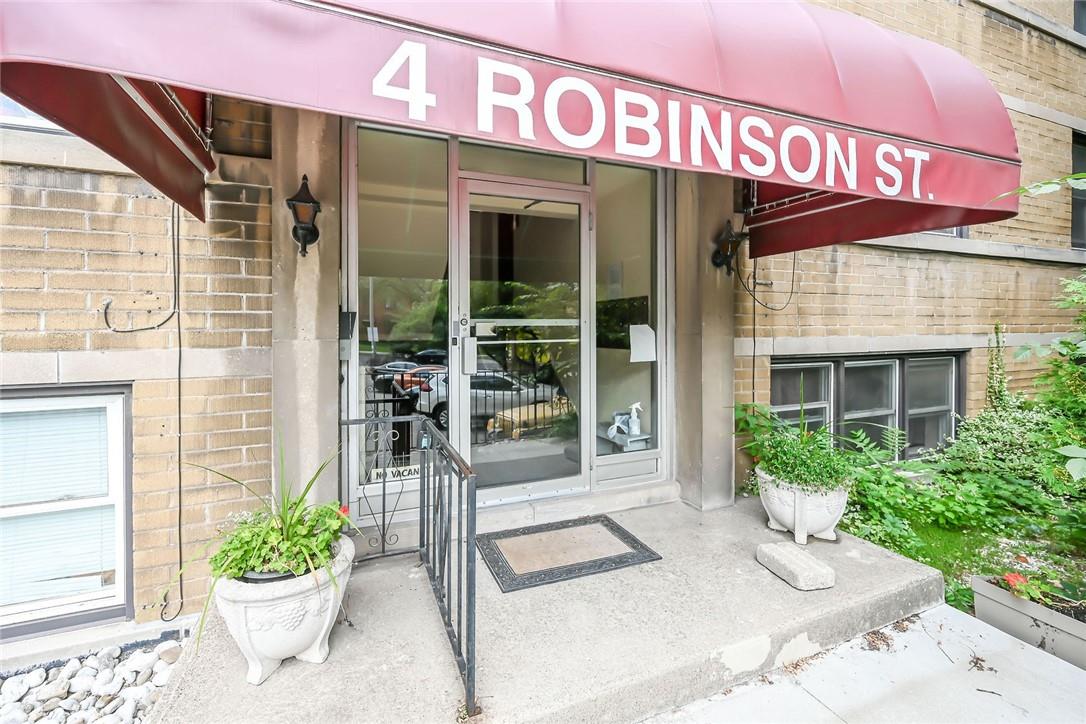 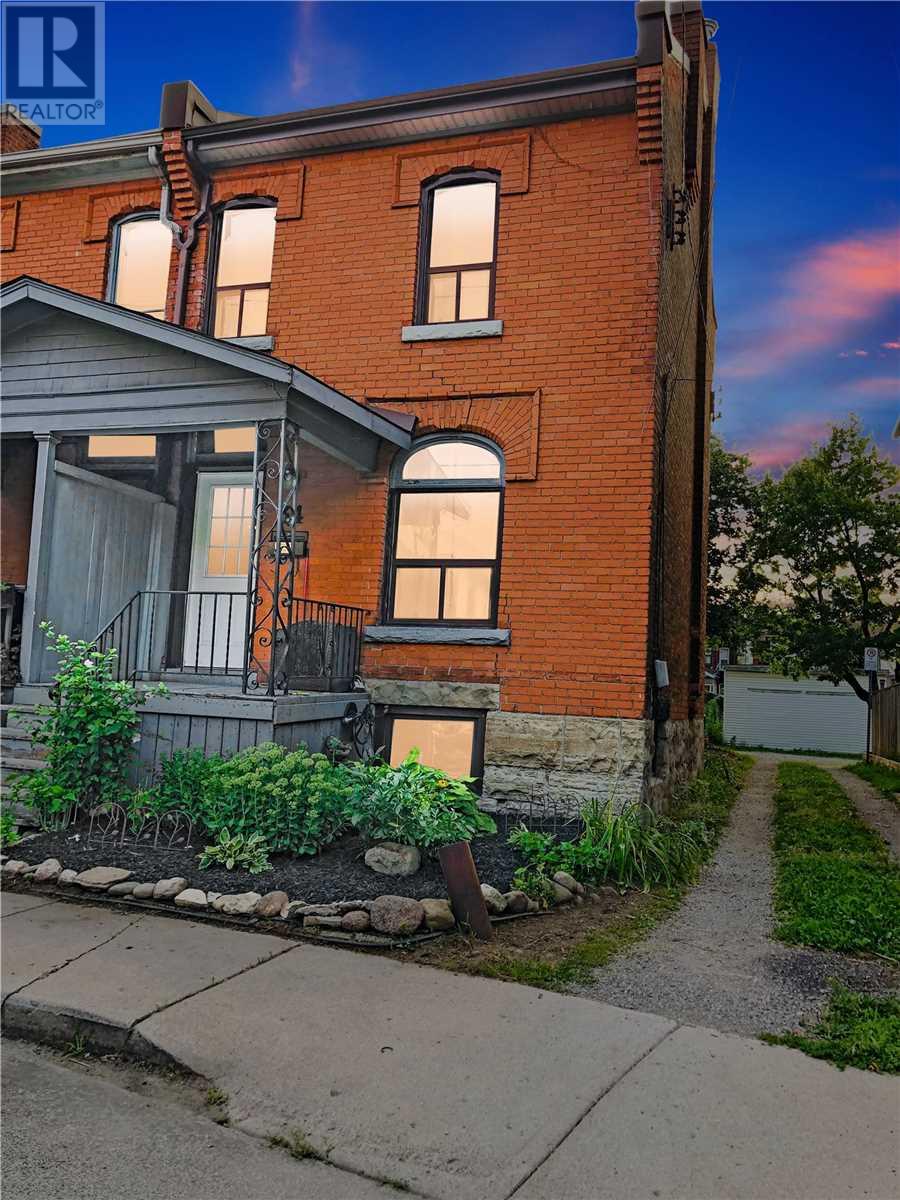 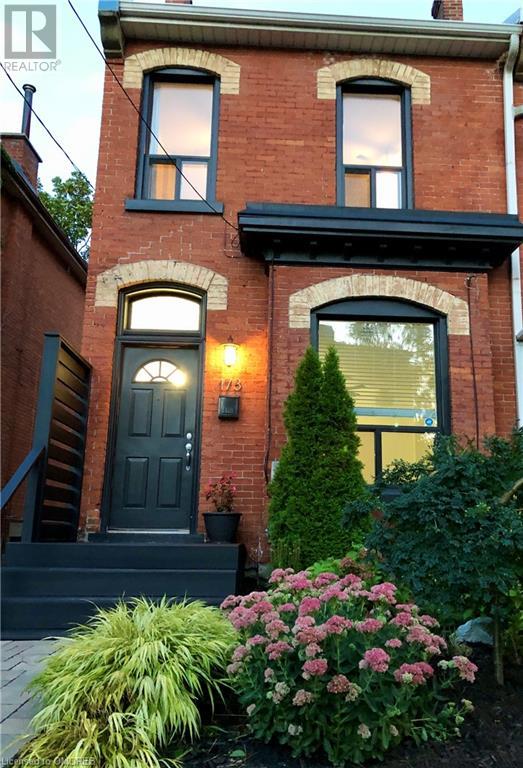 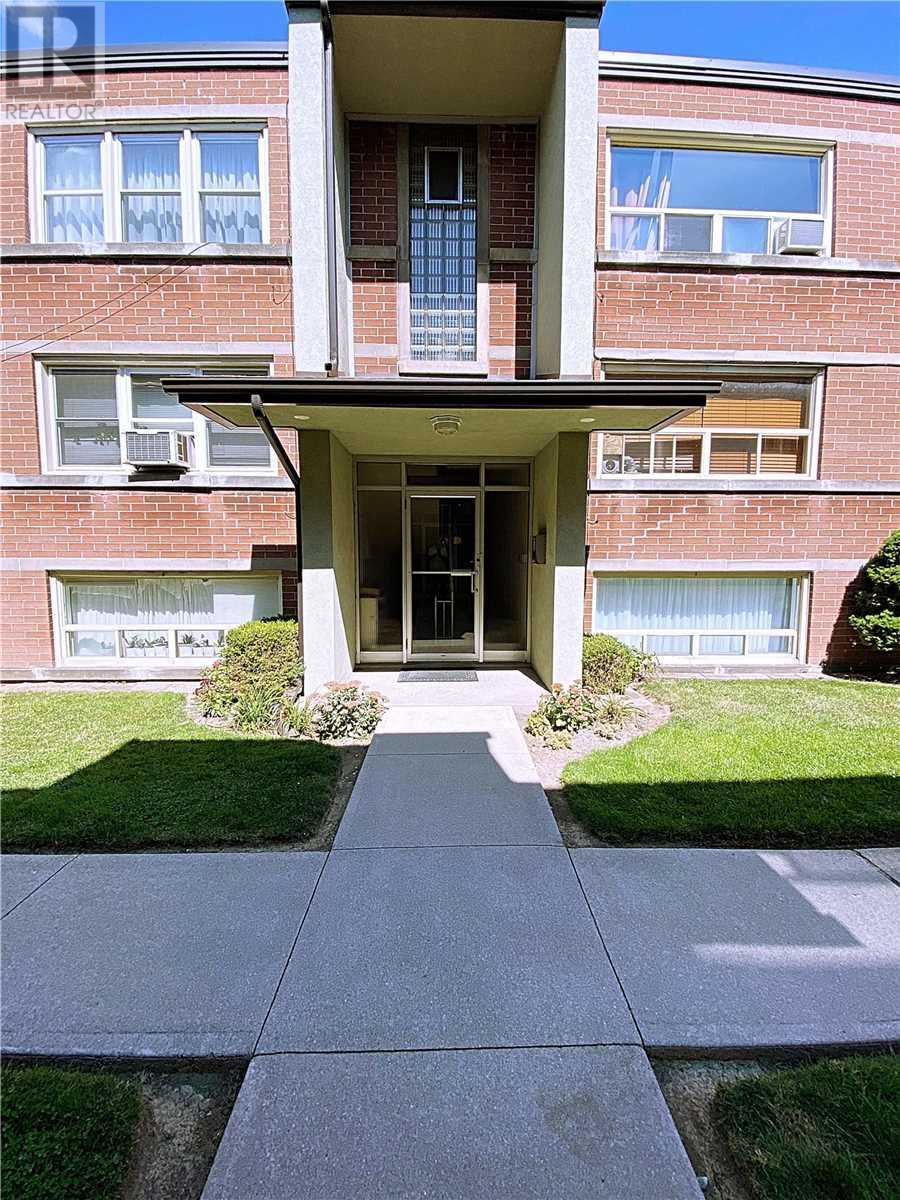 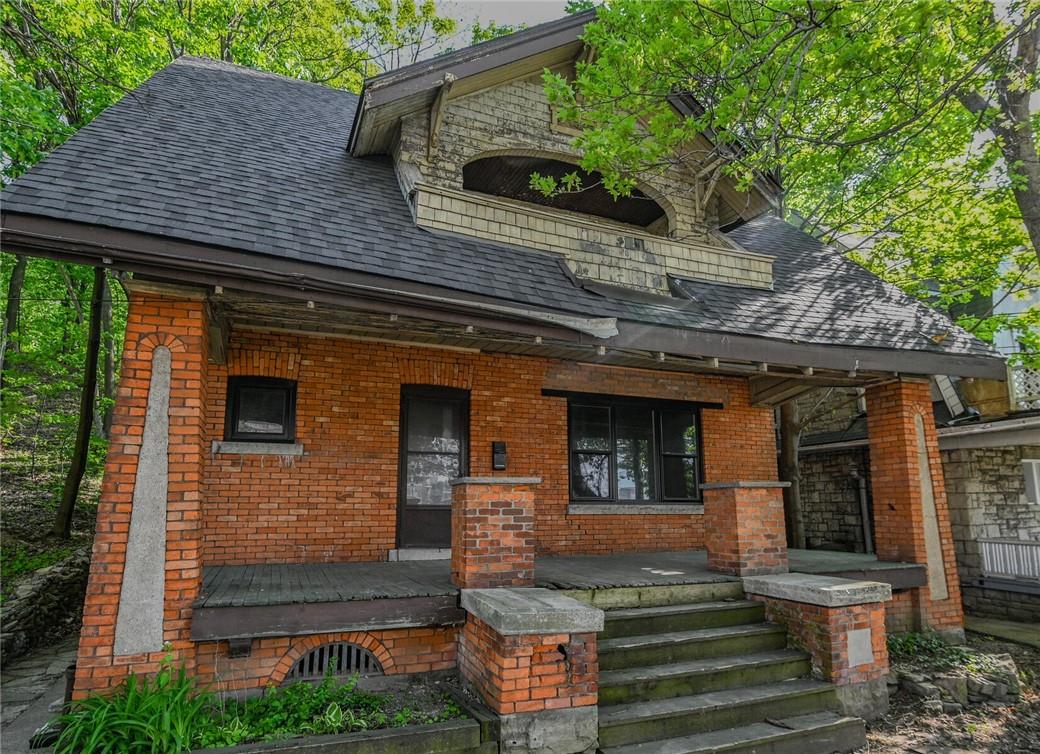 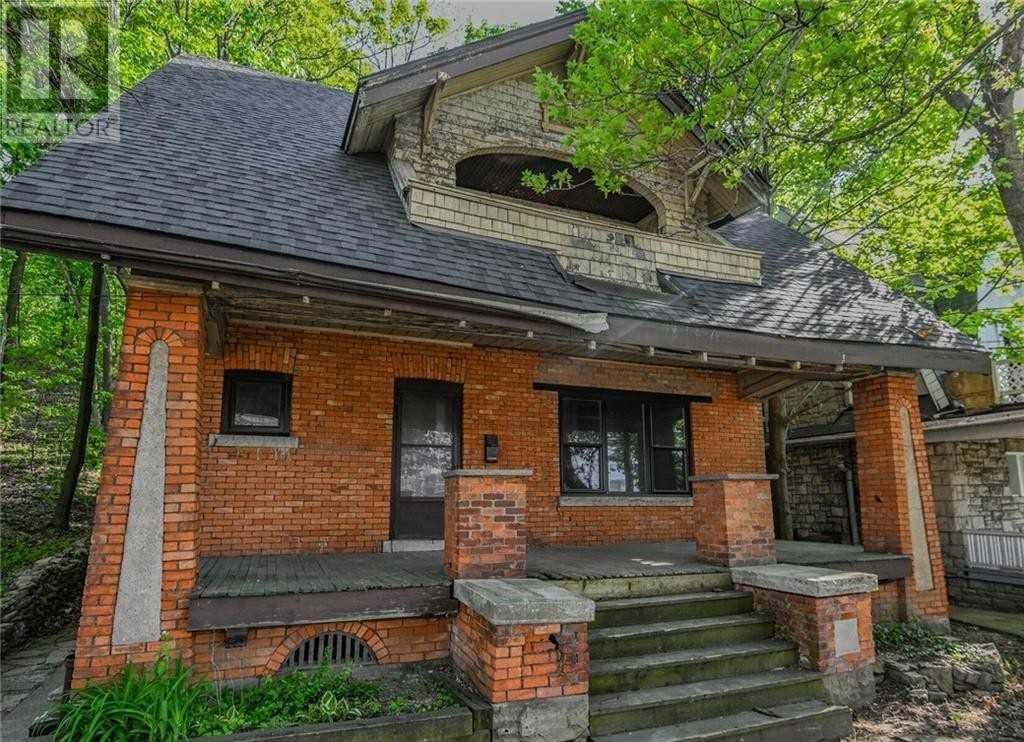 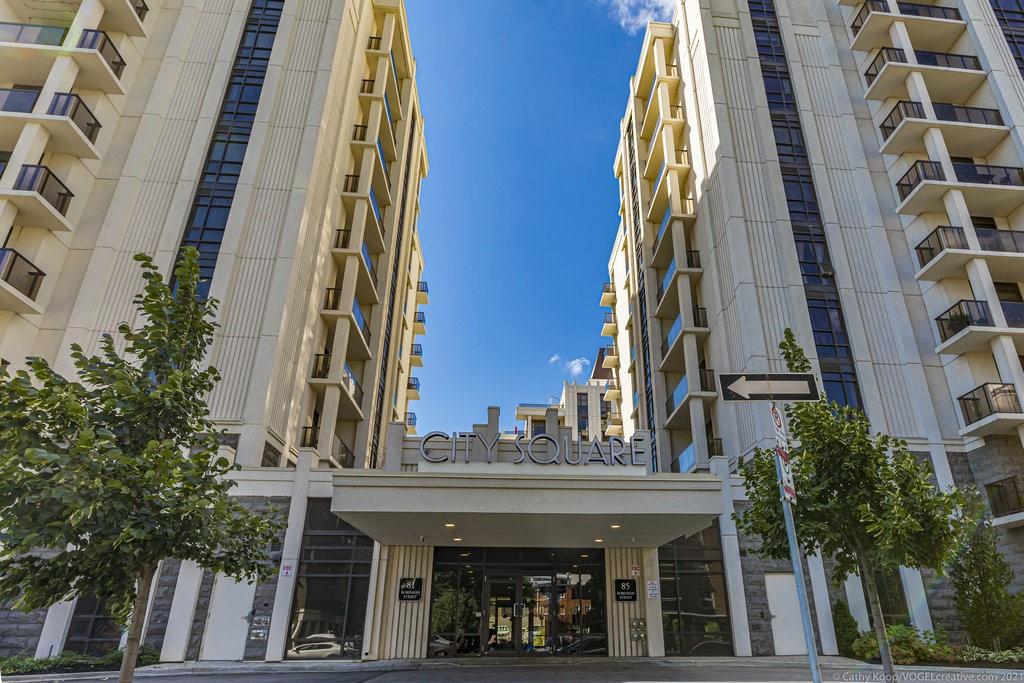 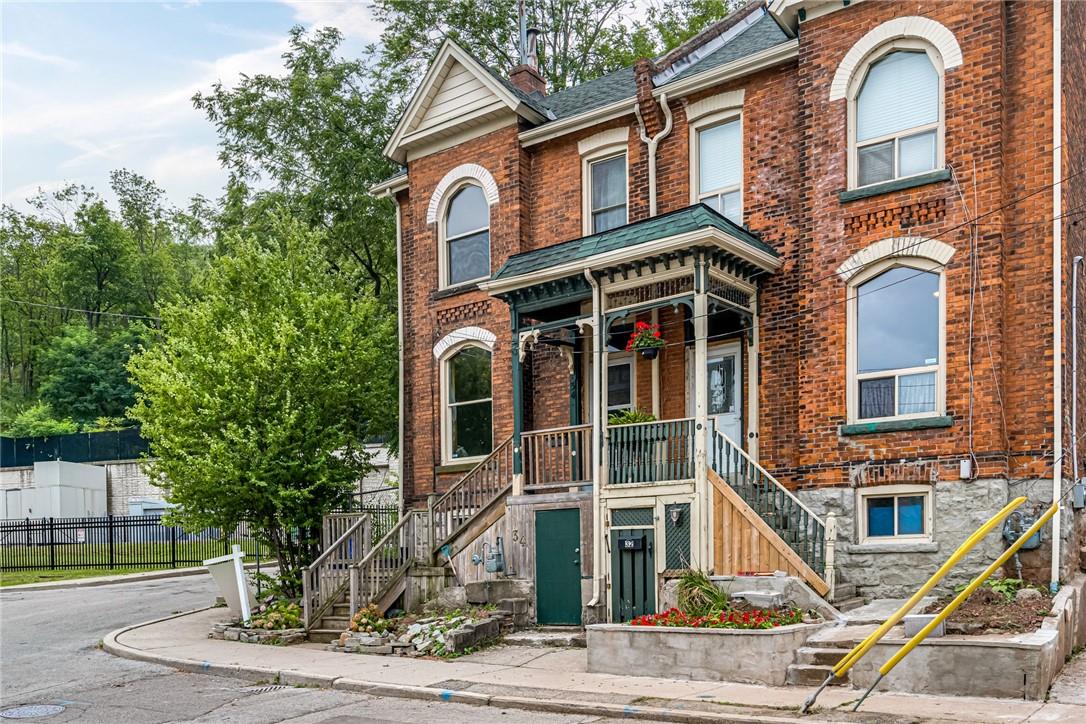