Alex Cyr
Ketch Harbour, N.S.
Published May 15, 2020 Updated May 15, 2020
For Subscribers
Comments
Please log in to listen to this story. Also available in French and Mandarin. Log In Create Free Account

Born in Toronto, he moved to England in his thirties to pursue a career in architecture. For 10 years, he commuted between London and Venice for work. After retiring, he flew back to Canada in 2016 and settled in a villa on the eastern edge of Nova Scotia’s south shore. Now, barely four years since moving to the Maritimes, he is building a new home in the Caribbean and preparing to leave behind the Atlantic seaside mansion he calls irreplaceable.

“We love this house,” Mr. Senyshyn said of his home on 115 Gill Cove Rd., hidden in the south end of one of Nova Scotia’s smallest fishing communities. “It’s a work of art. But there just isn’t enough time in the year for all our properties to be used by just two people.”

Mr. Senyshyn and his partner, a retired dental surgeon, are leaving because they feel the need to downsize – they also own a place in London and a second, smaller home in rural Nova Scotia. Still, it pains them to part ways with the building with which they fell in love just six years ago.

Approaching the end of their respective careers in 2015, the couple had taken to the Internet to find the perfect retirement home.

“We had googled ‘one of a kind, spectacular, private, ocean-front, acreage,’” Mr. Senyshyn said.

Properties in Hawaii, Italy’s Capri, California and Spain’s Mallorca were appealing, but the pair liked the idea of moving to a remote part of their home country. Plus, nothing caught their eye quite like the three-bedroom, five-bathroom steel and concrete country house perched on the Atlantic Ocean’s granite coast.

115 Gill Cove still checks all the couple’s boxes. It is sheltered inside a forest of spruce, but still allows for clear views of the sunrise, sunset and Sambro Lighthouse, the oldest working one in the Western Hemisphere. It is surrounded by 42 acres of quiet land and yet is less than 30 kilometres away from the city of Halifax. What impressed Mr. Senyshyn most about the place was that it was designed by esteemed colleague Alexander Gorlin, a world-renowned architect from New York.

“[Mr. Gorlin] calls our house his masterpiece,” Mr. Senyshyn said. “I would agree.”

115 Gill Cove was conceived in 2010, when the house’s original owner left his home in Atlanta with his wife to scour the entire eastern coast of the United States and Canada for the perfect lot. He settled for Nova Scotia’s Ketch Harbour and deemed it perfect for its vast greenspace and tall shores that would protect the house from rising tides.

When Mr. Senyshyn and his partner bought the home from that previous owner in 2014, it was still only three-quarters built. Construction plans had been abandoned by 2012, following the passing of the first owner’s wife. Mr. Senyshyn finished the job and stayed true to Mr. Gorlin’s original design – he felt there was no use to try and improve upon them.

“The mechanicals are state of the art,” he said. He and his partner moved in by 2016.

The home’s prestige makes it appear out of place in rural Atlantic Canada. Yet, it is designed perfectly to sustain the Maritime weather. The roof is made of rolled zinc, a sturdy material that withstands consistent eastern winds. Its heating, ventilation and air-conditioning system is energy efficient and designed to mitigate quick changes in outdoor temperatures. Five viewing pavilions around the house don Starphire glass windows – the same used on most big-city high-rises – that allow for a clear, untainted 360-degree view of the property.

“The heating and air conditioning is extremely advanced,” he said. “The heat pump and furnaces are so sophisticated – they look like what you would see in a school or hospital.”

The HVAC system allows for even heating of the house’s 6,000 square feet of limestone flooring, which would otherwise be prone to cold spots.

“A complex system is critical for such a complex build,” Mr. Foster said.

The agent expects potential clients from Nova Scotia to be interested in the home, but because of its high price tag, he is marketing it globally.

Doing business with possible buyers outside of Canada, coupled with viewing restrictions imposed by the spread of the novel coronavirus strains the selling process. In the 30 days that 115 Gill Cove has been on the market, Mr. Foster has yet to do an in-person showing. Still, he has no intention of reducing the house’s price.

“There will continue to be a demand for a place like this during and after the pandemic,” he said. “It really suits private couples with an appreciation for high-end design.”

Mr. Foster said the COVID-19 outbreak might make a house of that size and seclusion more attractive. He expects that people will start buying properties away from big cities as they continue to fear the virus and as they become accustomed to working from remote areas.

“This house’s location, and Nova Scotia’s seclusion and privacy in general, is perfect for people who want to work where they can be hidden. In these times especially, this place is ideal.”

“It is certainly the perfect home to be quarantined in,” the house’s current owner said. “The scenery changes hourly and the night sky is typically crystal clear for star-gazing. There is no chance of getting cabin fever on this property.” 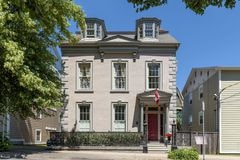 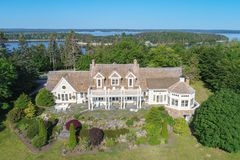 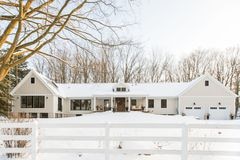 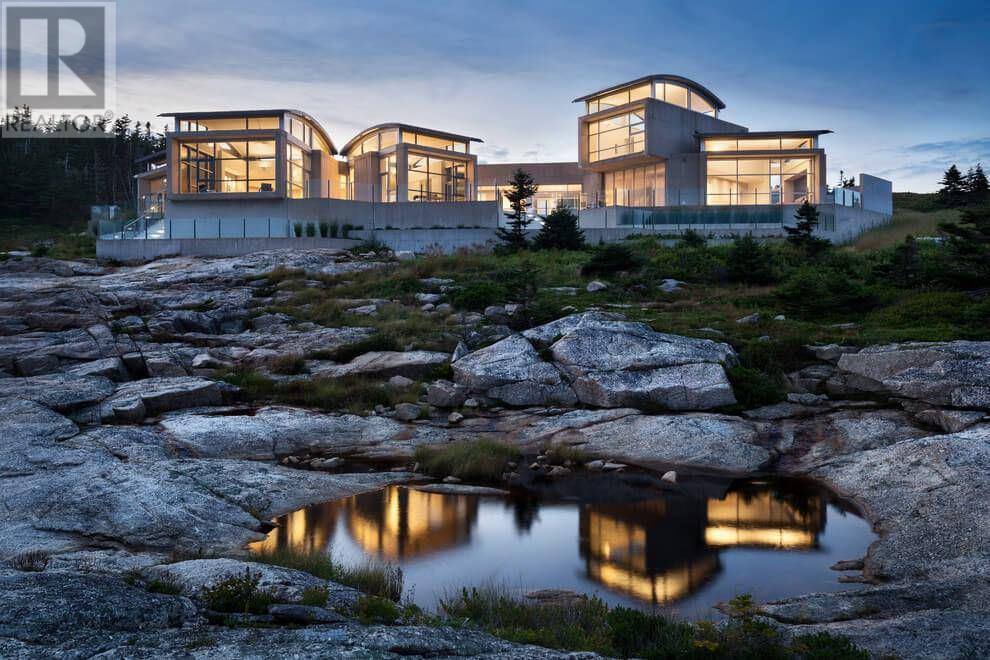 6450000.00
115 GILL COVE Road, Ketch Harbour, Nova Scotia
Engel & Volkers
Bedrooms
3
Bathrooms
5
Building Type
Freehold
Property Type
Single Family
This magnificent home rises from the rugged granite shoreline of the Atlantic with 1600 feet of direct oceanfront surrounded by 41.7 acres of pristine wilderness with natural landscaping. The property borders 1800 acres of Crown owned land, you are guaranteed quiet privacy. The owners describe it as a place of peace and contemplation. This glass and concrete retreat was executed by the New York architectural firm Alexander Gorlin and Associates. The 6000 sq feet of sophisticated living space consists of a series of interlocking pavilions constructed of reinforced steel and concrete , Starphire glass window walls to capture the ever changing ocean views, the roof is rolled Zinc, all to withstand the Nova Scotia Maritime climate. The heated floors throughout the interior are a beautiful imported polished limestone. Ketch Harbour is just 20 minutes to the capital city of Halifax which offers fine Restaurants, great Theater and curious Art Galleries. Halifax International offers direct flights to London, Toronto and New York. This home was Featured in February 2014 Architectural Digest when first built. (id:31729)
Listing ID 202003859
Salesperson Rick Foster
Brokerage Engel & Volkers
View on realtor.ca
Open this photo in gallery: 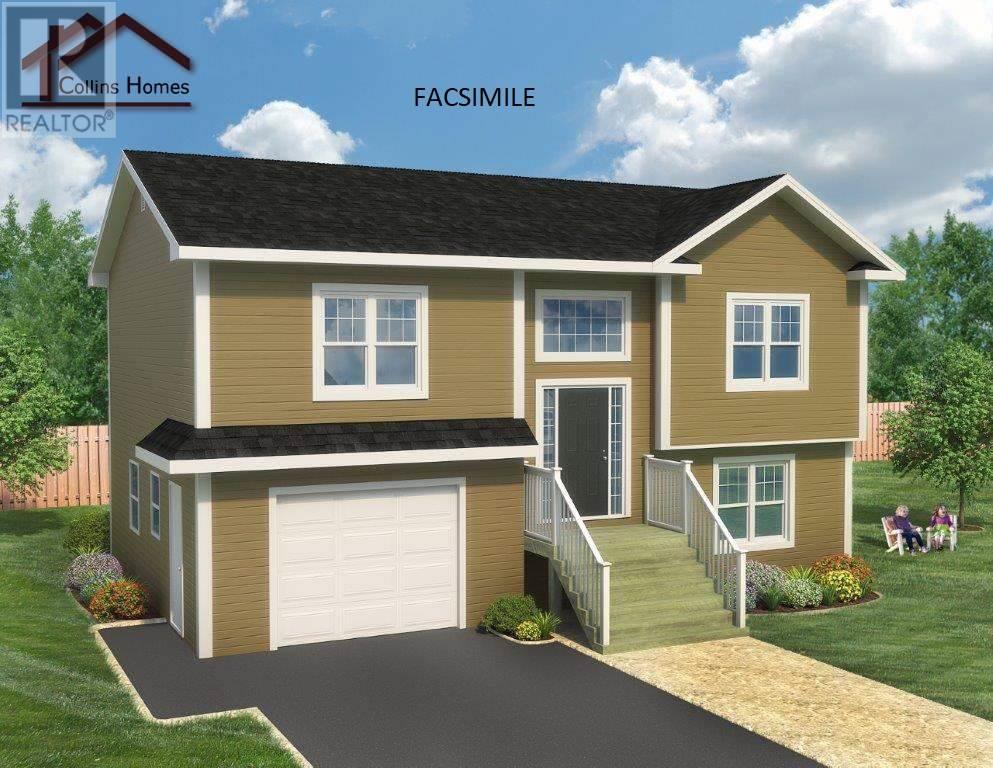 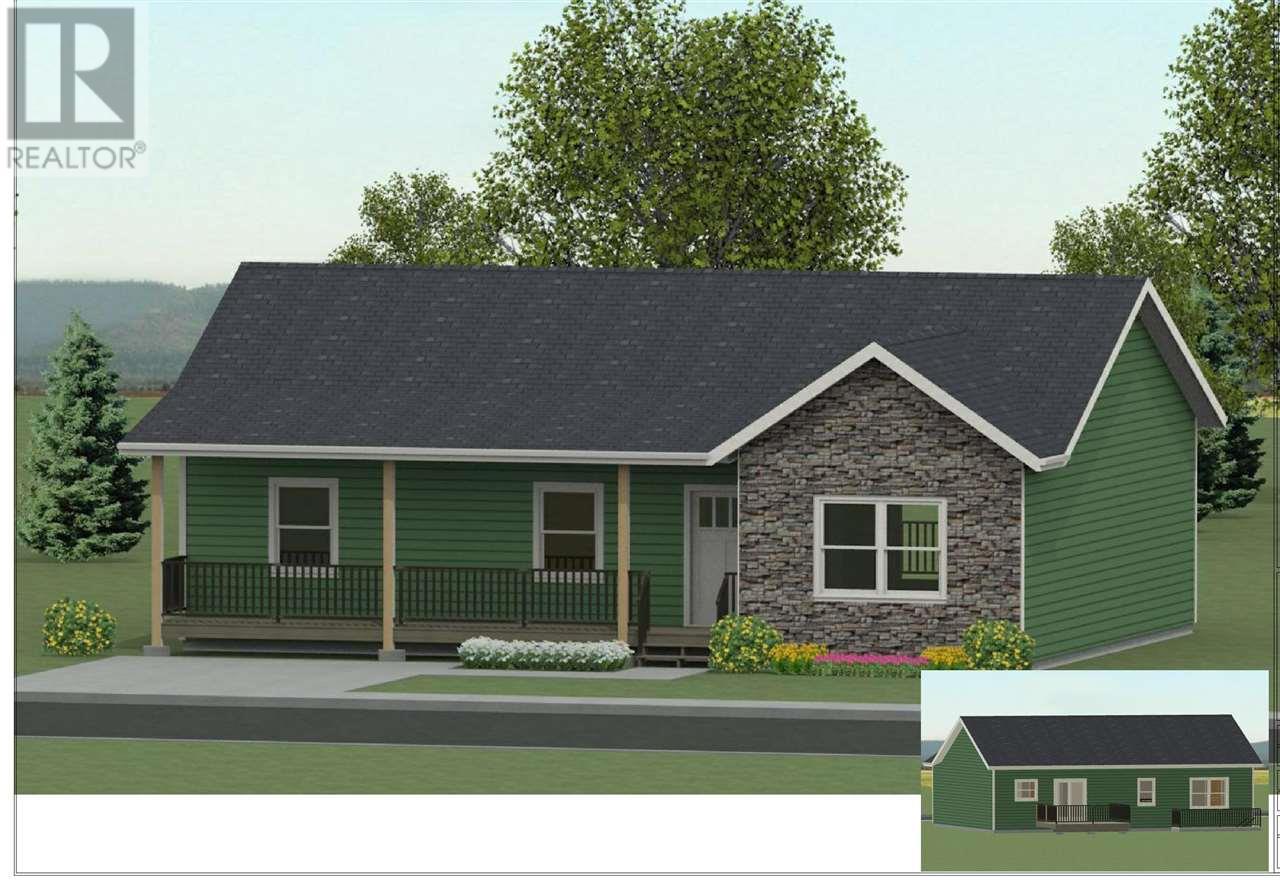