An Ottawa surgeon is fighting a group of neighbours who are trying to take a scalpel to the plans of his dream home and have already amassed an almost $13,000 war chest on GoFundMe.com.

Hassan Moghadam, the chief oral surgeon at Ottawa’s Monfort Hospital, bought the property last year on Broadway Avenue, within shouting distance of the Rideau Canal and the renovated Landsdowne Park in the Glebe, one of Ottawa’s elite neighbourhoods.

But Dr. Moghadam has found himself at odds with a group of neighbours committed to preserving the streetscape of Broadway Avenue.

Dr. Moghadam wanted to tear down the nearly 100-year-old home and build a dream property fit for his family – including four bedrooms (each of the three children get their own bedroom and bathroom), a large dining and kitchen area, a gym, and a personal theatre.

The neighbours feel the planned structure does not fit with the other homes of the street.

Dr. Moghadam claims the group – which started the GoFundMe campaign last month to raise money for legal fees – is ganging up on him as they resist change.

“You can imagine; it’s disturbing. These guys are on TV news, telling everyone what a horrible person I am, and I’m building a monster house, and I’m ruining the neighbourhood,” he says. “It’s pretty hard to take that, with a family and kids who go to school in the Glebe. I think it’s inhumane to take house construction to such a personal vendetta against someone who works in the community and helps people in the community every single day at the hospital.”

Dr. Moghadam currently lives with his wife, Litsa, and their three children in another home in the Glebe – a posh neighbourhood about 15 minutes from Parliament Hill.

The problem, according to residents, is not the look and feel of the home, which is set to be more than 3,900 square feet and will have three storeys, built of brick, limestone and copper. From a legal perspective, they can’t do anything about those aspects. What they are worried about is the look of their streetscape.

“’Your street gives you your rules.’ That’s the words in the mature-neighbourhood bylaws,” says resident Bernie Sander, who has lived on the street for more than 30 years.

“We’re not at all against modernity. [There have been] infills, new homes built on vacant lots or old homes torn down on the street and all of them are massively modern with a different look, but they have respected the streetscape and are aligned with the street.”

Mr. Sander believes the City of Ottawa is letting down its residents in this case. He feels a community group shouldn’t have to be the ones who are enforcing the bylaws.

Mr. Sander says people decide to move to Broadway because they want to be part of a mature neighbourhood. A neighbour down from 21 Broadway Ave. renovated their home within the past five years but kept the alignment – in the eyes of Mr. Sander and the community at large – as close to the existing as possible. He says Dr. Moghadam’s home isn’t doing that.

However, City of Ottawa officials say what Dr. Moghadam is planning is within the rules.

Dr. Moghadam won his hearing at the Local Planning Appeal Tribunal earlier this year, but there will be an appeal in January. "Kind of a Pyrrhic victory,” Mr. Sander says, as the delay means the home won’t be built for another few months.

The only thing that is legally stopping a construction crew from beginning work on the project – other than the weather – is getting a building permit.

David Wise is a program manager of development review at the City of Ottawa and says there are a handful of “frustrating” things about this case.

He says the residents may not be aware that the zoning for Dr. Moghadam’s lot is actually categorized as Residential Third Density, which allows for a semi-detached or triplex to be built on the property.

“From the perspective of the city and mature neighbourhoods, we think the proponent fits in quite well,” Mr. Wise says. “It’s catering to the market demand, where people want to just have more house.”

Dr. Moghadam’s application for a variance isn’t egregious, Mr. Wise adds. For that lot, a “developmental box” exists that would allow construction of a house about 450 square metres wide and 10 metres high. Dr. Moghadam’s proposed home will fill approximately 90 per cent of the developmental box.

“It’s high, but it’s not crazy,” Mr. Wise says, pointing to many cases where people propose homes that max out their developmental box and then seek variances to take it even further – a trend the City of Ottawa is watching carefully.

In mature neighbourhoods in Ottawa, homes can be positioned away from the road an average of the distance of the two properties on either side.

“What a lot of community associations have the perspective of is, when they think of the front wall, they think the largest part of the house they see,” Mr. Wise says.

Dr. Moghadam’s architect, Jacques Hamel, says the only part of the building where a variance actually needed to be granted was for a portion of the building near the second-storey windows.

“It’s a little bit ludicrous in my mind,” he says. “There is an existing house on the property and what we’re proposing is entirely within that footprint. The whole footprint is set within what we are permitted from a bylaw perspective, and from existing non-conforming rights, due to the existence of the original building.

And the look of Dr. Moghadam’s new home, Mr. Hamel believes, will actually add to the streetscape.

“The richness of this streetscape has to do with the differences, not with the sameness,” he says.

But by fighting this case, Mr. Sander says the community is actually doing Ottawa residents a service as it relates to the bylaw’s legalese and where homes can and can not be built.

He may soon have a political ally in the fight as new Councillor Shawn Menard said in his campaign platform that he would stand up to developers in the city.

“What I am concerned about in this city is the development and planning approach, which has traditionally been very in favour of developers in this city. They’re able to usually get every variance through that they apply for,” Mr. Menard says. “Right now, people aren’t finding it very fair to come into the city and have bylaws and variances that are often just approved without the debate they need.”

Despite the heated back-and-forth between neighbours, there’s little to be done until the appeal hearing in January.

Dr. Moghadam says despite the exchange with the neighbours, he’ll continue to give back to the community. He is a classic-car collector and hosted an open house in late November, with proceeds going to the May Court Hospice. 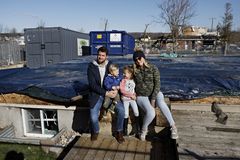 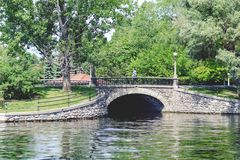