The judicial body charged with adjudicating disputes between Ontario landlords and tenants is straining under a workload of cases with not enough staff to reach its standard of service on scheduling hearings, according to a newly released report.

In the recently tabled 2017-18 annual report for Social Justice Tribunals Ontario (SJTO), the umbrella group inside the Ministry of the Attorney-General that manages the Human Rights Tribunal and the Landlord Tenant Board, among others, acknowledged staffing shortages have hampered its work, something that paralegals and landlord groups have sounded off on in recent months.

“It was a challenge in 2017-18 to ensure [the] SJTO has the appropriate adjudicative and subject area expertise for the tribunals,” says the report, which goes on to blame a combination of term limits and an interruption to the typical hiring season brought on by the Ontario election, which ended 15 years of Liberal rule: “Several of our experienced adjudicators left before their final term expired for other opportunities, and several vacancies have yet to be filled.”

That portion of the report was signed by Michael Gottheil, executive chair of the SJTO, who also announced his own departure from the agency after seven years. He further mentioned another senior leader, executive lead Ellen Wexler, is also retiring and associate chair Kim Bugby’s appointment expires at the end of 2018.

For weeks, the LTB has had on its home page a statement warning of delays: “You may experience a longer than usual number of days before a hearing can take place,” the warning states.

“It’s quite remarkable that they should embarrass the government on their main page and say ‘We can’t do our jobs any more.’ They are so short-staffed they really can’t perform their statutory mandate,” said Harry Fine, a paralegal and former LTB adjudicator.

Paralegals regard the official wait time as a fiction and report that delays between an application and hearing can run into the weeks and months, not days.

Mr. Fine describes a recent situation in which a client faced delays that wouldn’t be captured by the LTB’s official stats.

“Her tenant was already three months behind [on paying rent] by the time she got to the board. The adjudicator didn’t finish his list, and simply said contact the board with your unavailable dates,” he said. In that case, at the LTB’s Toronto South office, where on Monday’s maybe 60 or 70 non-payment of rent hearings are scheduled all at once, any delays in moving through that docket can push cases off into future dates. “There’s a case where the stat probably showed six weeks to hearing. They gave us a December hearing date, but it was filed in August.” Mr. Fine said the earliest time the eviction could be effectuated – presuming if the board rules in the landlord’s favour and there are no hearings on other issues – is at least five to six months after the application. "That’s in a good situation.”

In an open letter to Attorney-General Caroline Mulroney, Marshall Yarmus of Toronto-based Civil Litigations, cites a CBC story that described all in-person Northern district LTB hearings being cancelled (there are currently no adjudicators in the North) also tallied the shortages across the province. A spokesperson told the public broadcaster that only 35 of the expected 45 adjudicators are serving and there are at least two fewer part-time adjudicators able to fill in. The LTB now says it has just 33 full-time adjudicators available to conduct hearings.

“This is an access to justice issue for both landlords and tenants when one has to wait several months from when the application is processed until the hearing date,” Mr. Yarmus writes. “Many small landlords are feeling financial pressures as they are unable to evict tenants who are not paying their rent in a timely manner.”

The timing couldn’t be worse as the report also outlines that landlord and tenant applications appear to be getting more complex, and landlords are applying to evict tenants in large numbers under infrequently used rules.

The vast majority of applications by landlords are still eviction requests related to non-payment of rent; there were 47,595 such applications in 2017-18 compared with 49,486 in 2016-17. But in the continuation of a trend The Globe and Mail began reporting on in 2017, the share of applications is shifting fast toward “other reasons” that cover so-called own use (N12) or renoviction evictions (N13).

Mr. Fine argues tenants who don’t pay rent are the net beneficiaries of delays, which can force a landlord to forgo lost rent or even pay the tenant to leave so they can begin renting a unit again.

“It’s an invitation to not pay your rent,” he said. “The whole system is messed up. The Residential Tenancies Act is perverse, it needs a complete rewrite.” 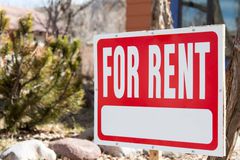 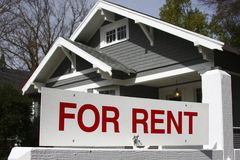 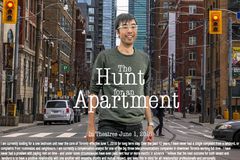