Marc Cohodes is not a typical Canadian housing bear. He lives on a farm in Sonoma County, Calif., with his wife and 28-year-old son, who has cerebral palsy. He raises 500 chickens, selling the eggs for $13 (U.S.) a dozen in San Francisco.

He quit the business in 2008 after his fund was hit with steep losses in the market turmoil of the financial meltdown and retired from the spotlight, granting few interviews in the ensuing years.

That was until this summer, when Mr. Cohodes suddenly emerged as one of the most vocal critics of Canada's housing market. In the past month, he has given several interviews, recently calling Vancouver's booming real estate market "a mix of money laundering, speculation [and] low interest rates."

While he no longer runs a hedge fund, he is actively making short bets with his own money. He has made several trips to Canada's largest cities in the past year, walking the streets early in the morning to count the number of lights on in newly built housing as a way to gauge occupancy rates.

The most common criticism of American U.S. investors who bet against Canadian real estate is that they erroneously consider Canada to be a smaller version of what the U.S. housing market looked like before the subprime meltdown, ignoring the obvious differences in our banks, financial regulations and mortgage default rates.

Mr. Cohodes wants to disabuse Bay Street of that notion. He insists he has no interest in betting broadly against the Canadian economy, or trying to short the big banks. "They're well-run, they're diversified and they're too big to fail by the Canadian government," he says.

Instead he is aiming his efforts at one company: Home Capital Group. The company, through its subsidiary Home Trust, has emerged as one of Canada's largest alternative lenders, offering mortgages to borrowers who may have been turned down by major banks.

Home Capital first landed on Mr. Cohodes's radar two years ago when celebrity hedge fund manager Steve Eisman told an investor conference he thought the company was one to watch for those looking to short the Canadian housing market.

By May, 2013, the shorts had piled in. But then the company announced a better-than-expected quarter, a dividend hike and a share buyback. The price shot up, sparking a short squeeze – whereby investors are forced to cover their positions by buying a stock they have shorted, thereby sending the price even higher. Mr. Eisman's fund shut down last July.

Company officials have made no secret of their delight in beating the shorts. But that only intrigued Mr. Cohodes more. He began studying Home Capital's financial statements and reading transcripts of conference calls.

He didn't start shorting the company's stock until last November, when it was $51 (Canadian) a share (after a stock split earlier in the year). While he won't disclose the extent of his short position against Home Capital, Mr. Cohodes has certainly been rewarded in the ensuing months as the company's share price waned on concerns over falling oil prices.

It began falling sharply earlier this month when the company warned mortgage originations in the second quarter were down nearly $600-million compared with the same period last year after it ended relationships with brokers following an internal review. Several analysts downgraded its share price. While some have since upgraded it to a "buy," arguing Home Capital's stock is now a bargain, the company finished last week below $30 for the first time in two years.

Mr. Cohodes is convinced there is more to the story of what caused Home Capital to miss expectations by so much at a time when its biggest market, the Greater Toronto Area, is in the midst of a housing-price boom. He gets up at 3 a.m. and spends hours studying the company's financials, making calls to brokers, journalists, analysts and investment friends in Canada. He has memorized old television interviews with company officials and has reviewed past calls with analysts "102 times" looking for subtle nuances in their statements. While a major bank might be able to shrug off such a setback, Mr. Cohodes is betting that Home Capital's share price has further to fall. "HCG is not too big to fail," he says. "It's not in anyone's national interest to keep them around. Anyone can do what they do."

It is not the first time that Mr. Cohodes has targeted a Canadian firm. In the 1990s his hedge fund bet against Canadian beverage-makers Cott and Clearly Canadian, and had more than one run-in with Kevin O'Leary over the former Dragons Den star's software firm, The Learning Company. "We made an awful lot of money being short Kevin O'Leary," he says." More recently, he has bet against Waterloo, Ont., software company Open Text.

Canadian companies tend to take short selling more personally than Americans, he says. "For some reason they think it's like me calling their wife ugly or fat. It has nothing to do with it."

At the same time, he knows he's not going to be winning any popularity contests with Canadian investors. But shorting is in his blood. "I've been to a lot of rodeos," he says. "Sometimes I've been carried out in an ambulance. But I've also had many championships. You're kind of either born with this or you're not." 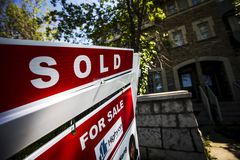