One year ago, a foreign-buyers tax went into effect in Metro Vancouver. A flurry of housing reform has followed, designed to tame Canada's frothy markets. Have the moves succeeded? Janet McFarland reports on the aftermath and what's ahead

Canada's housing sector has been whipsawed by policy changes over the past year as governments have tried to cool overheated markets in Vancouver and Toronto and stave off a consumer debt crisis.

In the year since the B.C. government introduced a foreign-buyers tax in the Vancouver housing market, federal and provincial governments have announced a variety of policy changes and proposals that have cumulatively turned residential real estate into one of the most actively regulated sectors in the economy.

Together the reforms have created a major national experiment in cooling off an industry sector in the face of overwhelming consumer demand. Here are highlights of some of the most significant reforms announced in the past 12 months, along with the market impacts.

The tax appeared to have an immediate impact, with house sales in the Vancouver region falling 26 per cent in August compared with a year earlier and average prices sliding through the fall.

However, many observers said the tax hit as the market was already softening, spurring an even greater response. Sales in the Vancouver region had climbed just 0.6 per cent in June, 2016, and fell 19 per cent in July compared with the same month a year earlier as many home buyers had already started to leave the market due to affordability concerns.

Coupled with the unexpected new tax, total sales fell steadily through the fall and winter, and the average price for all home types dipped to a low of $896,000 by January, 2017, down 4 per cent from the benchmark index high of $930,400 in July. Detached home prices fell 6.5 per cent from July to February.

But the price decline began to slowly reverse in February and prices hit new record highs by April and continued to grow, although the pace of new sales slowed. The benchmark index price for all types of homes in Vancouver was $998,700 in June, up 7 per cent from July last year before the tax was announced.

The result is that the Vancouver market appears to have largely shrugged off the tax, said Elton Ash, regional executive vice-president of Western Canada at realty firm Re/Max.

"The tax last year was introduced as a political move more than anything else, knowing there was a spring election around the corner," Mr. Ash said. "And ultimately it hasn't had any effect."

Mr. Ash said housing demand returned quickly, and he believes foreign buyers will begin to factor in the tax as a cost of doing business and will not be significantly deterred by the additional cost. Local residents meanwhile are slowly stepping back into the market after spending a few months on the sidelines assessing the impact.

"You really can't tax your way out of a housing problem," he said.

The federal government toughened mortgage lending rules five times between 2008 and 2015 to curb risky borrowing practices and ensure homeowners could afford the costs of their mortgages.

But with debt levels still soaring last year as house prices continued to climb, the government moved again in October, 2016, with a major package of changes to further cool the borrowing binge.

The new rules included new stress-testing measures for homeowners who are required to get mortgage insurance because they do not have down payments of at least 20 per cent of the purchase price of the house.

The rule requires insured home buyers with new fixed-rate mortgage loans of five years or longer to prove they could still afford their mortgages at the common rate posted by the Bank of Canada, which is about two percentage points higher than the discounted rates offered by most lenders.

The impact of October's reform is illustrated by the declining volume of mortgage insurance issued in the first quarter of 2017, a period of rapid growth in the housing sector in Ontario in particular, when mortgage insurance could have been booming as buyers leaped into the market.

Instead, Canada Mortgage and Housing Corp. reported a 41-per-cent drop in the number of housing units it insured in the first three months of 2017, and said the total value of new loans insured in the quarter fell 42 per cent to $8.3-billion from $14.3-billion last year. A large proportion of the drop came in portfolio insurance, which is bulk insurance purchased by financial institutions for their uninsured mortgage portfolios.

The steep drop within just a few months suggests many buyers either found more money or bought more modest homes to ensure they would not need insured mortgages – or else didn't buy at all if they couldn't meet the new stress-test rules.

The Toronto housing market this year has tracked Vancouver's experience earlier last year, with house prices soaring in early 2017 and observers raising calls for government intervention to stem speculation in the market.

Despite the mortgage qualification changes last fall, the Toronto region housing market went on a tear in the first four months of 2017, with prices climbing 33 per cent in March compared with the same month a year earlier.

Amid fears that an unstable real estate bubble was forming in Toronto, the Ontario government announced a package of reforms on April 20, dubbed the Fair Housing Plan.

The centrepiece of the package was a 15-per-cent tax on foreign buyers in the market, but the province also said it would give Toronto's city council the power to impose a tax on vacant homes, similar to one implemented in Vancouver this year.

Like in Vancouver, the impact of the reforms was immediate. House prices in the GTA fell in May and June, and sales plunged 37 per cent in June compared with the same month last year as potential buyers flooded out of the market to wait for stability.

By mid-July, the average sales price for all types of homes in the GTA was $760,356, down 17 per cent from April's peak, although still up 6.5 per cent from July last year, which means some of the price increase from earlier this year has not been erased.

A key reason for the price drop has been a surge in new listings as homeowners saw a downturn looming and rushed to list their houses before prices fell. New listings were up 49 per cent in May compared with the same month a year earlier, adding a flood of new inventory to the market.

Many in the real estate sector believe Toronto's market was rising too fast and needed the dose of cold water, but are waiting to see how far the drop will go and when all the buyers who were bidding in a frenzy just a few months ago will come back into the market.

What could be next

The housing sector is still facing more change, including further mortgage reform that could have the greatest impact of any federal rules changes yet introduced.

The Bank of Canada raised interest rates in July for the first time in seven years, increasing the overnight lending rate to 0.75 per cent from 0.5 per cent previously.

Few economists expect the tiny change in itself to have a major impact on housing demand because an increase of 0.25 of a percentage point does not have a significant impact on monthly payments. But the wild card is whether the central bank moves ahead with further rate increases this fall, which could have more housing sector impact depending on how much rates ultimately grow.

The more immediate change was unveiled in July, when Canada's banking regulator, the Office of the Superintendent of Financial Institutions (OSFI), unveiled a proposed new rule change that would impact a broad swath of Canadian home buyers.

OSFI said it plans to require home buyers who do not need mortgage insurance – those with down payments greater than 20 per cent of the purchase price – to prove they could still afford their mortgages if interest rates were two percentage points higher than the rate they are offered by their bank.

The more stringent stress testing requirement could have a major impact on the real estate sector because uninsured buyers account for a larger proportion of all real estate sales in Canada.

Canadian Imperial Bank of Commerce economist Benjamin Tal says it is "not unreasonable to assume" that within a year or two, mortgage growth in Canada could be half of what it is now.

If interest rates rise a further 25 basis points – a quarter of a percentage point – to 1 per cent this fall, and if OSFI goes ahead with its proposed change, Mr. Tal forecasts the rate of growth of new mortgage lending in Canada would drop from roughly 6 per cent annually to about 3 per cent, which means the value of new mortgage lending could fall by up to $40-billion a year from about $80-billion, he said. 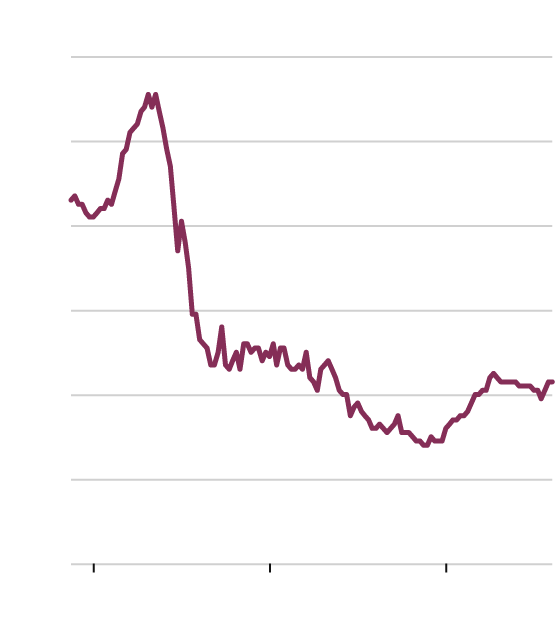 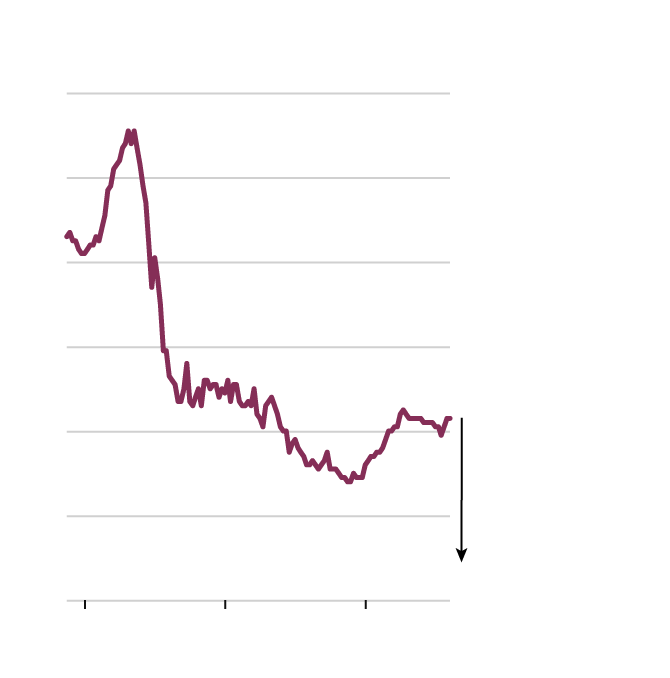 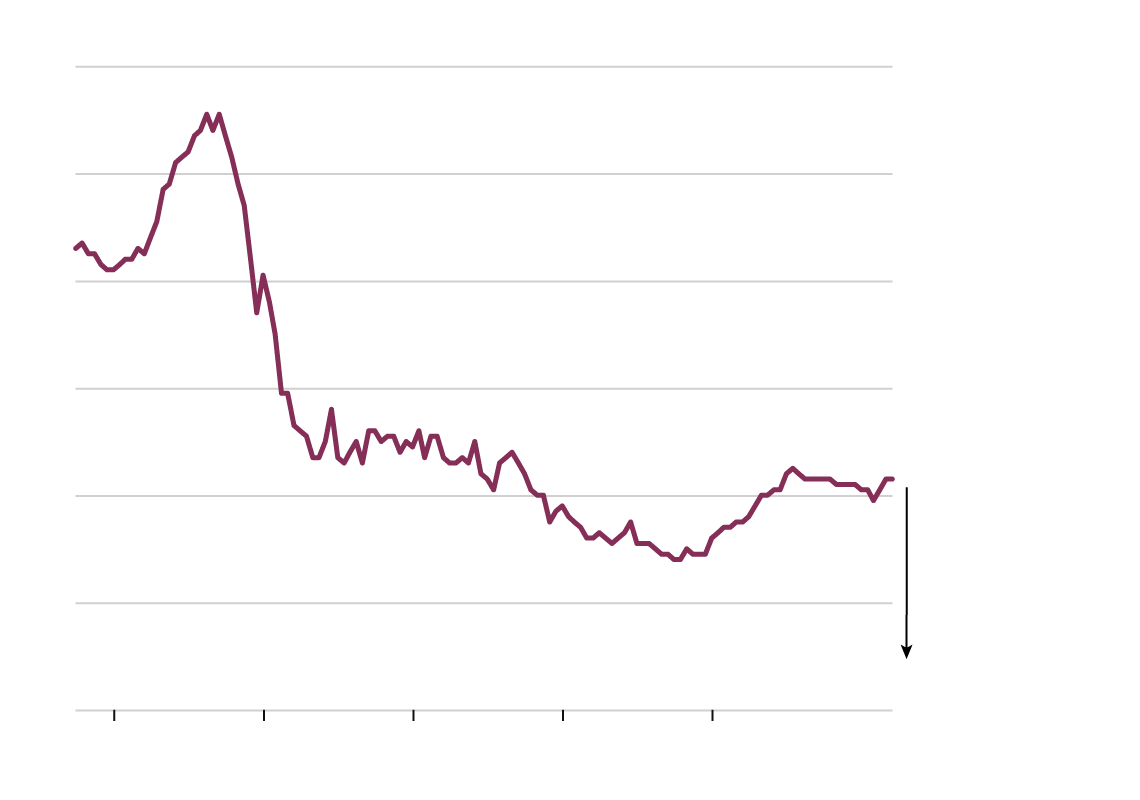 Toronto realtor John Pasalis, president of Realosophy Realty Inc., believes the proposed OSFI rule change could take "a significant portion of buyers out of the market" and further soften prices in Toronto if many people qualified only for significantly smaller mortgages as a result of the change.

"I think the OSFI thing is a game-changing policy decision – it would have a massive impact on the entire market," he said.