This is the first in a series of stories on global property that examines the shifts and trends in the housing market on the international stage. 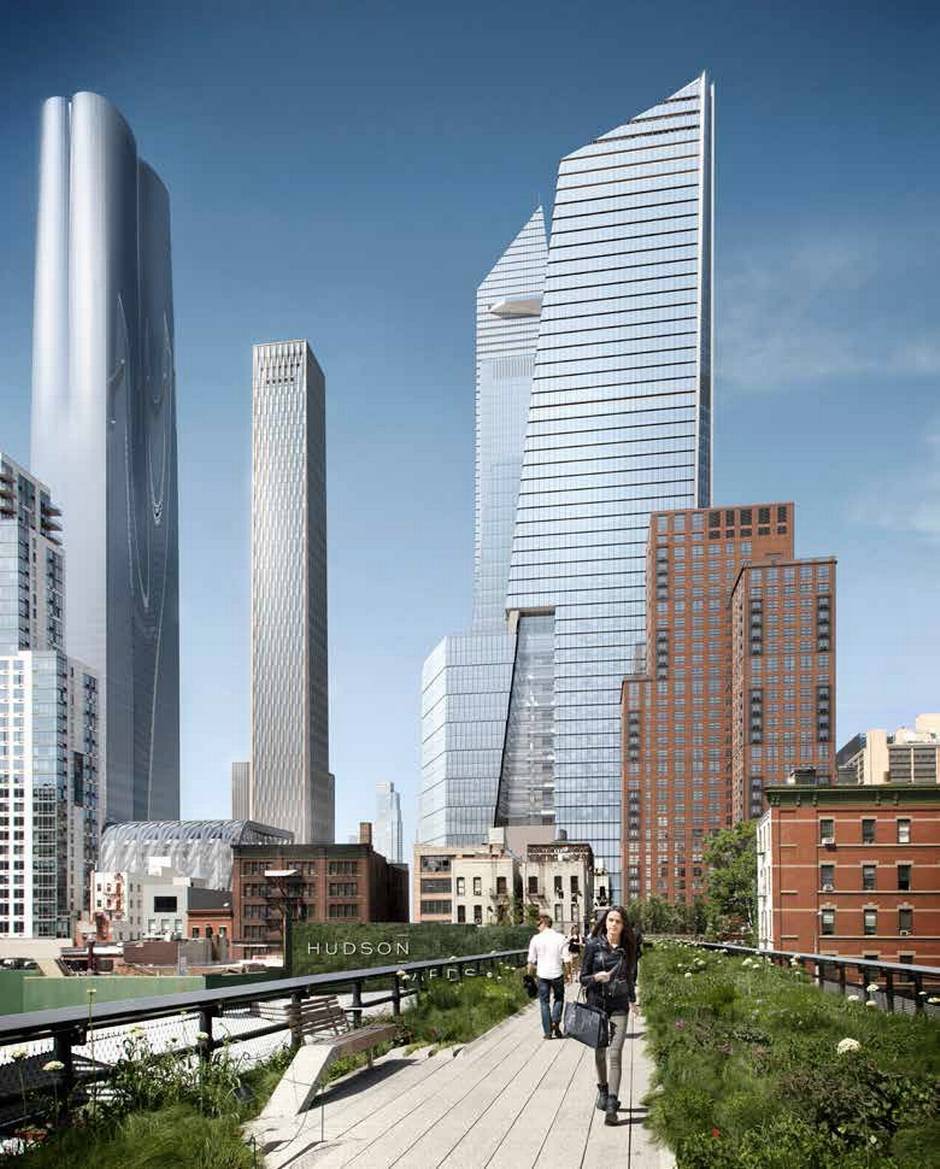 The change is subtle. Stroll across Manhattan’s 14th Street into Chelsea or 4th Avenue into the East Village, and you’re transported into entirely different neighbourhoods. It can be just a feeling or nuance. But it’s unmistakable.

That won’t be the case crossing 10th Avenue and West 30th into Hudson Yards, the massively ambitious development, roughly estimated at $20-billion (U.S.), on midtown’s westside. By next year, the gleam of towering glass and the district’s sheer newness may have the subtlety of Emerald City.

And yet hidden behind the surface is Canada’s involvement and, in fact, continued love of Manhattan real estate. Toronto-based Oxford Properties Group Inc., the real estate arm of the Ontario Municipal Employees Retirement System pension fund, is partnered with the major U.S. real-estate company Related Companies as co-developers.

Oxford jumped at the chance in 2010. Others such as prominent Canadian developer Brookfield Properties Corp. (which already has a strong New York presence) and Tishman Speyers (which owns Rockefeller Center and the Chrysler Building) were interested, but had pulled out. Remember, 2010 was back in the throes of the globe’s economic meltdown.

By numbers, the Hudson Yards is a little stupefying.

– 300 caissons will be drilled into Manhattan bedrock to support the Eastern Yard platform.

– 14,000 cubic yards of concrete for the Eastern Yard platform.

The outlook seemed iffy for a project so massive, an engineering feat so large, along with other neighbouring developments, such as Brookfield’s Manhattan West towers being built a short walk away. The entirely new district of office buildings, high-rise apartments and major stores, all being constructed on platforms above the active Hudson Yards rail tracks, is the size of downtown Minneapolis.

“So you have a major American city that’s literally fitting into that Hudson Yards area,” said Margaret Newman, executive director of the Municipal Arts Society, which addresses issues of New York’s livability. Some of the public upsides of the mixed-use neighbourhood to rest at the top of the elevated, natural-loving High Line walkway are additional park spaces within Hudson Yards and the extension of the No. 7 subway line into the district.

The development is just another sign of the resiliency of the New York market – particularly its residential sector, in which Canada is the leading foreign investor. Canadian money overwhelming led foreign investment in Manhattan residential buildings in 2014 at $987-million, said the research firm Real Capital Analytics, which tracks foreign capital real-estate flow. 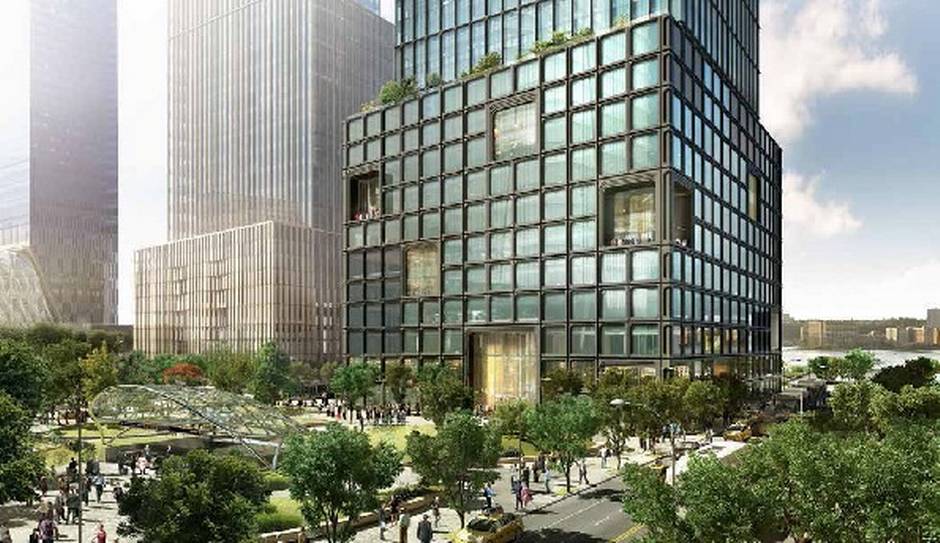 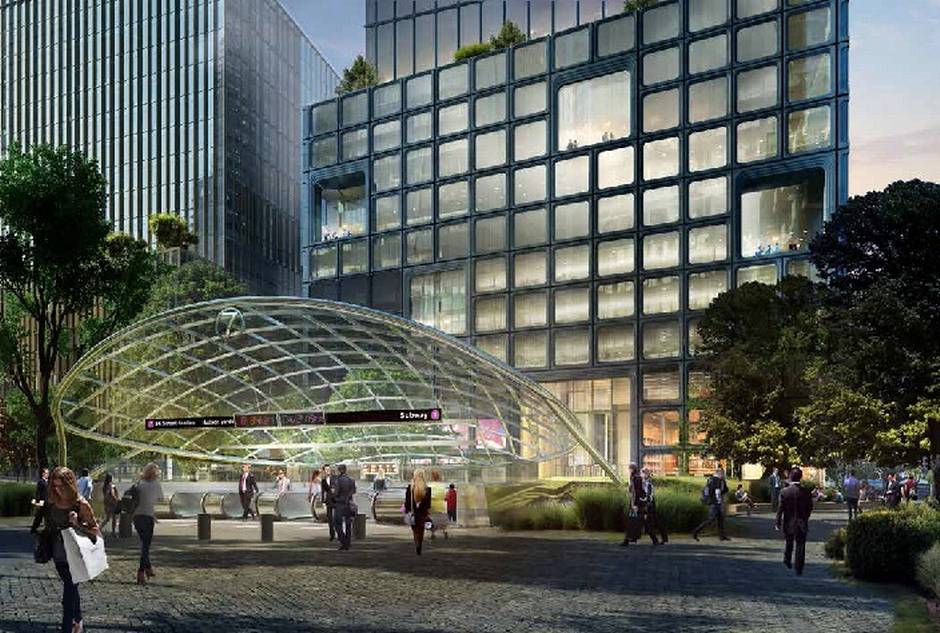 The No. 7 subway line will be extended into the Hudson Yards district. Seen here is the stop at 34th Street. (Oxford Properties Group Inc.)

For property of all kinds in Manhattan, not just apartment buildings, Canada led with $1.993-billion overall last year, compared with China in second at $1.796-billion. (Singapore was third overall at $1.577-billion. Norway was fourth at $1.114-billion.)

“Is it competing? It’ll be a lower price point to the buildings going up along Central Park South,” he said, adding that “Hudson Yards is distinctly different to Central Park South, and it will be distinctly different than everything. … Geographically it’s adjacent to three other neighbourhoods, but I don’t think they’re the same at all. I think Hudson Yards will be its own neighbourhood, and that’s the opportunity.” 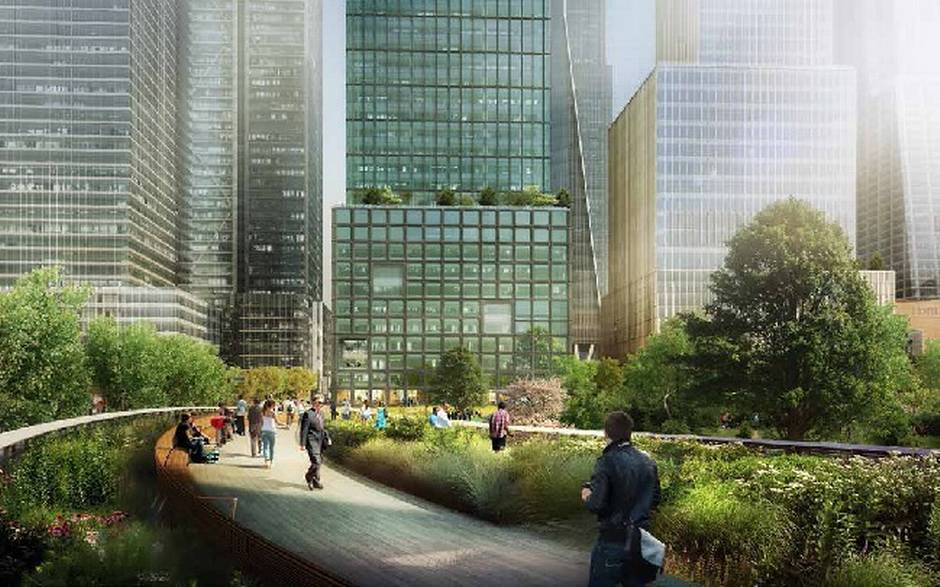 The High Line, a public park built on an abandoned elevated freight line, will, in its third and final phase, wrap around the Hudson Yards, offering views of the streets and the Hudson River. (Oxford Property Group Inc.)

The Manhattan luxury market has been such a driver for the whole residential market and is so strong that realtors Corcoran Group has three categories of luxury: luxury at $2,300 to $3,300 per square foot; super luxury at $3,300 to $5,000 and ultra luxury at $5,000 and more.

The luxury market “has far exceeded the peak of 2007 and the beginning of 2008,” said Pamela Liebman, Corcoran’s chief executive officer. “I would say that on the whole, New York is seeing the highest dollar per foot in [its] history. The winner in the dollar-per-foot category is anything that offers outstanding views of Central Park.”

Over the past five years, new condos appreciated 57 per cent in value and those on the resale market have appreciated 32 per cent. “People look at New York City real estate, both from a user and investment point of view, as a very safe place to put your money, with great historical appreciation,” she said.

And driving this is scarcity. Throughout every range of luxury, middle-income and lower-income housing, there isn’t enough housing. “The apartment vacancy rate on multifamily apartments citywide, not just in Manhattan, is generally about 2 per cent, at most 2 1/2 per cent at any given time. The standard around the country is considered 5 per cent for almost full capacity,” said economist Rosemary Scanlon, divisional dean of New York University’s Schack Institute of Real Estate.

So with high demand, the New York residential market consistently does well, even in the worst down cycles. And this is led by luxury housing, thereby enticing foreign money which treats New York as a safe investment – and on and on the momentum builds.

“We’ll find out when the fifth or sixth, or the eighth tower goes up, if they’ve run out of the pool of billionaires. New York is doing extremely well in attracting people. Nobody’s crying about the difficulties in selling yet,” Ms. Scanlon said.

Meanwhile, Canadians have been especially strong in residential investment and development given their knowledge of the sector.

Other global investors tend to be disinterested in apartment buildings (we’re talking entire buildings and developments, not individual apartment purchases), because residential properties in other countries are often highly regulated and subject to rent controls or other investor deterrents, argued Real Capital senior vice-president Jim Costello. 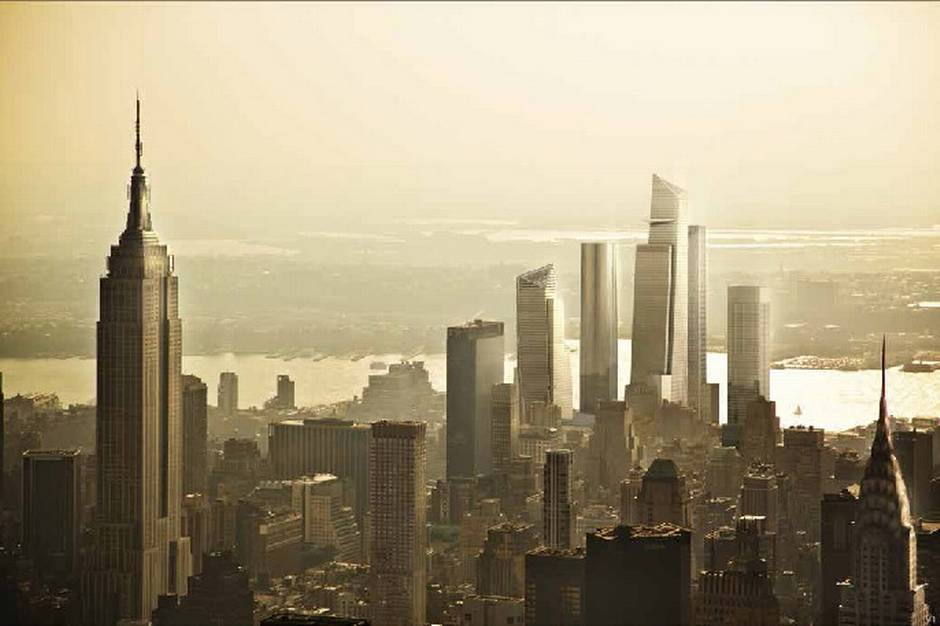 View of Hudson Yards in relation to the Empire State Building. The massive development is a sign of the resiliency of the New York market – particularly its residential sector, in which Canada is the leading foreign investor. (Oxford Properties Group Inc.)

Canada has a fondness for the Manhattan residential market, ranking well above other foreign capital inflows in 2014. (All figures U.S.)