Canadians are borrowing more than $10-billion a year from family, lenders and their credit cards to afford a down payment for a home, with such borrowing accounting for more than 13 per cent of total down payments.

While the largest source for down payments came from personal savings, borrowed money – in the form of loans, gifts and credit card withdrawals – represented more than a quarter of the $18.8-billion that first-time home buyers paid toward their down payments over the past two years, a survey by Canadian Association of Accredited Mortgage Professionals found. Nearly 20 per cent of first-time buyers received some type of loan or gift from their family.

For those buyers who cash in roughly $2.6-billion in RRSP savings every year for a down payment, 16 per cent said they had also borrowed to top up their retirement savings accounts.

Despite rising house prices and rock-bottom interest rates, Canadians have tended to pay relatively large down payments on their homes. First-time buyers paid an average of $67,000, or 21 per cent toward their home purchase, rising to $185,000, or 48 per cent, for those who have bought and sold several homes.

They have been helped along by record-low mortgage interest rates, which average 2.68 per cent this year, down from 3.08 per cent in 2013.

But the survey results show just how much of that home equity is being consumed by additional debt. Along with borrowed money for down payments, Canadian home buyers finance, on average, 78 per cent of the cost of their purchases through mortgages and home equity lines of credit, rising to 85 per cent for first-time buyers.

That additional borrowing is likely one reason that, despite high levels of down payments and low interest rates, more than a quarter of first-time buyers also said they wouldn't be able to afford to buy a home if the federal government doubled the minimum down payment from five per cent to 10 per cent.

Given that first-time buyers represent about 45 per cent of the Canadian housing market, tougher down payment rules could have a major impact on the economy, the association's chief economist Will Dunning wrote.

"A 10 per cent down payment requirement would have resulted in a reduction of sales large enough to have tipped many local housing markets into downturns, causing price reductions, which would have caused significant negative consequences for local economies," Mr. Dunning said.

That's a problem given, outside of hot markets in Toronto and Vancouver, the Canadian housing market has largely gone flat with little price growth in recent years, Mr. Dunning said. Average resale prices have risen 13.1 per cent in those two markets over the past year, but are up just 1.4 per cent in the rest of the country.

"This distorted rate of price increase is masking what is more generally a weakened national housing market," he wrote.

Most buyers also seem to believe that low interest rates have encouraged too many Canadians to own a home, the survey found, while large numbers were at least somewhat concerned that their local housing markets were in a bubble. But at the same time, most felt they could afford their purchase and well positioned for a market downturn.

The report is based on a survey conducted in April and May of about 800 Canadians who bought homes between 2013 and the first quarter of this year. 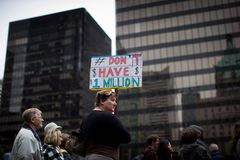 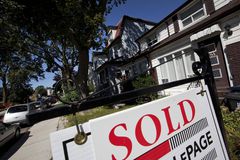