The Chinese government's top envoy in Vancouver says the city's skyrocketing house prices and affordability crisis are due to a lack of regulation in the booming real estate market.

In a wide-ranging interview over tea at the Chinese consulate in Vancouver, Consul-General Liu Fei said local residents are blaming wealthy Chinese buyers for the city's increasingly costly real estate but that the real blame lies with officials who monitor buyers, sellers and real estate developers.

"People are blaming the buyer. It's the wrong direction," said Ms. Liu, who has served in Vancouver since 2011. "I mean, the regulation here, nobody's playing the role."

Ms. Liu said this situation would not be allowed to occur in China, and pointed out that China's government frequently wades into the country's real estate market, and has strict policies with regard to affordable housing. She suggested a number of possible measures Vancouver could take to make housing more affordable, including the introduction of quotas to increase the number of affordable housing units within new buildings, greater oversight of real estate developers from the city and a tax or fee for overseas investors who want to buy luxury properties in the West Coast city.

"If there are not enough [affordable] houses, you can set up rules – saying, 'Okay, we have to save 30 or 40 per cent of [the units] for those families who need housing,'" she said. "And we can put on luxury houses … a higher price for the overseas investors. We can do it this way. So everybody could enjoy [Vancouver]."

The diplomat's remarks come as Vancouver grapples with a red-hot housing market that has become both a blessing and a curse. The soaring average price of a detached house in Vancouver reached $2.23-million in May, an increase of nearly 20 per cent from the same time last year. The real estate industry and homeowners have profited from the demand, which has been boosted by tens of thousands of mainland Chinese millionaires who settled in Vancouver through federal and provincial immigrant investor programs. Although there is a constant debate about the lack of available data on the subject, a large real estate firm in B.C., Macdonald Realty, estimated that in 2013 roughly one-third of the houses it sold in the city of Vancouver went to buyers with ties to mainland China.

But soaring prices have also pushed home ownership beyond the reach of many Vancouverites, who complain houses and apartments are bought up and left empty as investment hedges against volatility elsewhere on the Pacific Rim. The city is now home to a small protest movement led by middle-class professionals who united under the Twitter hashtag #donthave1million and say the city is becoming so unaffordable that its livability might be at risk. A recent online Angus Reid survey suggested 64 per cent of Vancouver residents thought foreign investors were largely to blame for high prices.

Vancouver Mayor Gregor Robertson has urged B.C. Premier Christy Clark to intervene in the market and called for a speculation tax on people who buy and sell real estate quickly to make a profit – although the province, which does not collect any data on the subject, has so far said it will not enact any measures.

When reached for comment, the provincial government referred to Ms. Clark's reply to Mr. Robertson's request for a speculation tax, in which she said the province was hesitant to introduce measures that could damage residents' home equity. She added a Ministry of Finance analysis suggested foreign buyers were not having a significant impact, and suggested the city lower its own civic fees and levies on condo units to reduce housing costs, as well as pursue "better land-use planning" to increase the housing supply.

Mr. Robertson's suggestion followed years of the real estate industry playing down the role of foreign investment in rising prices, and came shortly after the idea was floated by prominent local real estate marketer Bob Rennie. Mr. Rennie, whose own firm, like other local real estate companies, has donated to Mr. Robertson's Vision Vancouver party, has said that making the link between Chinese buyers and house prices was "bordering on racism."

Although Ms. Liu said she doesn't think Chinese buyers are entirely responsible for Vancouver's house price increases, she said interest from overseas buyers logically pushes up local prices. She compared Vancouver real estate to West Coast spot prawns, which have soared in value because of demand from mainland China. But Ms. Liu said that the Chinese government would have no hesitation in stepping in and regulating price increases like this, unlike governments here.

"In this situation, the [Chinese] government would come out and say, 'Now, we should put some quota on the houses for those with low-incomes,'" Ms. Liu said. "This is the regulation in China."

In China, although there have long been concerns about the country's debt-fuelled postrecession construction boom, the central government has enacted a number of regulations over the years aimed at lowering house prices. This includes an emphasis on public housing and housing affordability for low- and medium-income households, according to Tsinghua University scholar Zan Yang and Jie Chen of the Shanghai University of Finance and Economics.

A typical Chinese regulation from the state council in 2010 was called "A notification on resolutely curbing the soaring housing prices in some cities." Other global jurisdictions – from Asian city-states such as Singapore and Hong Kong to Australia and Britain – have various policies, ranging from stamp taxes on real estate purchases by foreign residents to so-called mansion taxes on luxury purchases. Australia's government, which bars foreigners from buying existing houses and limits overseas buyers to properties in development, said Chinese buyers purchased around $12-billion Australian ($11.4-billion) worth of real estate in 2014 – and recently said it would impose a new application fee.

Ms. Liu said there seems to be no agreement in Canada on what level of government wants to step forward and do something about the rising house prices in Vancouver.

"People are just complaining and complaining, but who is the one who can come out and play this kind of role to balance the market?" Ms. Liu asked. "Who is going to control, guide the developers? That's the key question. Guide them – to keep the market stable. This is a local economic job. That's what would be fair." 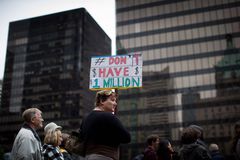 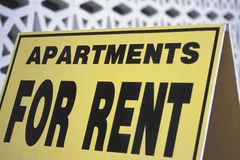