Realtors in Ontario are hoping that people will soon be able to buy a house without putting pen to paper.

Electronic signatures, or e-signatures, are now accepted for a wide variety of purposes in Canada and are legally enforceable. But buying a home is an exception in some provinces and territories, including Ontario, where the legal framework says you still need a so-called "wet" signature. You cannot legally seal the deal online or by e-mail.

An attempt to change the rules in Ontario crumbled in 2012 when former Premier Dalton McGuinty stepped down and prorogued the legislature. MPP Todd Smith started things up again last year, and his bill to amend the Electronic Commerce Act (to remove the exemption for agreements of purchase and sale on properties) went through second reading. Last year's provincial budget included the change, but said that it wouldn't come into force until it was proclaimed, giving the government some time to look into concerns about security and authentication.

"I had a meeting in my office with local real estate agents a couple of years ago, and this was the number one issue that they brought to me that would speed things up and reduce red tape in their industry," Mr. Smith says. "This was a huge issue with me when I was down with friends in Mexico and their house was closing and they had to find a fax machine to make this happen."

Realtors are pushing for this to make their job easier.

"If you are buying a house and you go out with your agent and look at a property and fall in love with it, the agent will generally have to say to you 'okay great, let's go back to the office and sit down and print out a piece of paper and write out an offer and then scan it and e-mail it or fax it to the other agent, who is then going to have to do the same process with their clients on the other side," says Valerie Garcia, senior technology coach at Re/Max.

"The benefit to the consumer in having this bill passed is the ability to be more competitive in a multi-offer situation, which affects lots of consumers in the Greater Toronto Area right now, because they're in these multi-offer situations and they're potentially missing out on deals because of the speed with which their agent can get the deal signed and presented," she says.

Her position on security and accuracy? "We don't have as much contract degradation when we do this. We're not faxing a document multiple times. Multiple times a year, people go to court because 'oh, this wasn't legible in the contract, or I wasn't able to read this because it was faxed 14 times.'"

Technology companies already have software that's specially designed to enable people to do the "paperwork" to buy houses online. It takes online shopping to a new level.

Mr. Smith is now hopeful that the bill will be proclaimed in Ontario on July 1.

Sales gains signal strong spring for much of Canada’s housing market
May 7, 2014 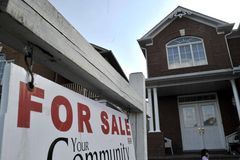 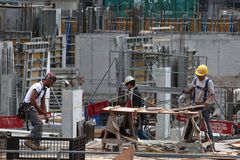 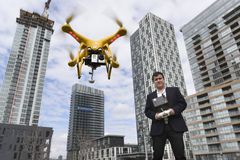 Private mortgage insurers opt not to match CMHC’s cuts
May 2, 2014 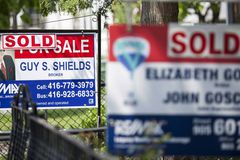 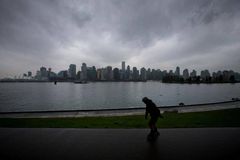