A rising share of condo investors in Canada's hottest housing markets are snapping up multiple units in hopes of capitalizing on rising prices and lucrative rental income.

Over all, the condo investment market has been stable, Canada Mortgage and Housing Corp. found in a new survey of more than 42,000 condo owners in the Toronto and Vancouver regions. About three-quarters of condo buyers reported that they owned only one unit, a share that has remained roughly consistent for the three years the federal housing agency has conducted its annual survey.

At the same time, the total number of investors in the two regions who say they have purchased at least two condo units in addition to their primary residence has risen nearly 13 per cent over the past two years. Nearly a quarter of condo investors told CMHC that they owned least two units, with close to 10 per cent reporting that they owned three or more condos.

Condo developers will probably need to bank on more investors coming into the market. Housing starts of multifamily dwellings soared across Canada in February, to an annualized average of 109,000 units, nearly double the number during the same time last year, according to real estate consulting firm Altus Group. Housing starts surged to more than 37,000 from 13,400 in the Vancouver region and more than doubled to 43,000 in the Toronto area, with much of the growth driven by condos and apartments.

Among condo investors in Toronto and Vancouver, half told the federal housing agency that they had bought their investment unit for rental income. Of those, 56 per cent expect the value of their condo to go up, while only 8 per cent thought that it would go down. The share of condo investors in Toronto who expected their unit to increase in value fell to 60 from 64 per cent from a year earlier, while the share in Vancouver who expected their condos to increase in value rose to 50 from 41.5 per cent.

A slightly larger share of investors in Vancouver reported paying higher prices for units than in Toronto, although the survey found that the reverse was true of rents, which were higher in Toronto. Nearly 16 per cent of Vancouver landlords reported charging less than $1,000 in rent for their condos compared with fewer than 5 per cent in Toronto. By contrast, nearly 50 per cent of condo landlords in Toronto said they charged more than $1,500 for their units, compared with 33 per cent in Vancouver.

CMHC also found that when it comes to mortgages and down payments, condo investors looked a lot like the overall housing market. More than half had a mortgage on their investment unit, similar to the 59 per cent of Canadian homeowners who carry a mortgage.

CMHC's survey covers a narrow slice of the condo market. It measures only households who live in the Toronto or Vancouver census metropolitan area and own at least one condo unit in the same community. It excludes foreign investors, Canadians who own condos in Toronto and Vancouver but live elsewhere in the country, as well as people who own a condo but rent out their primary residence. It also excludes condos owned by corporations.

The Toronto Real Estate Board says it had record high sales volume and another jump in prices during the first quarter, anchored by a strong March. There were 22,575 sales through the board's members during the first three months of 2016, including 10,326 in March.

The number of sales was up about 16 per cent, compared with the same month and quarter last year.

For the Greater Toronto Area as a whole, the average selling price for all types of residential property in March was $688,181. 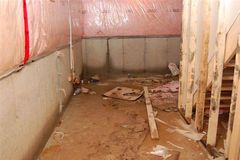 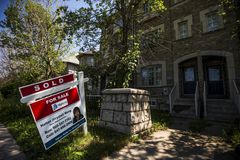