Don't worry about the backyard because there won't be one. The housing industry is renewing its push to tout condo living as the ticket to entering Canada's two most expensive markets.

First-time buyers need to face the economic reality that prices for single-family detached houses in the Vancouver region and Greater Toronto Area will remain well above local incomes over the long term, according to a report by PricewaterhouseCoopers LLP and the Urban Land Institute.

"In these high-priced markets, as supply of single-family residential units is constrained, an opportunity exists for the condominium and rental markets to reach those priced out of home ownership," said the study titled Emerging Trends in Real Estate.

The report's authors based their findings on assessing almost 250 surveys and conducting more than 90 interviews with officials in the housing industry, including developers, real estate brokers, home builders and lenders.

"Government policy in many areas, including Vancouver, has been driven toward higher density," PwC official Chris Potter said during a conference call. "The bias is clearly toward higher density – not lower density, which is really what you're referring to when you talk about single-family detached."

The report says that, for some buyers, getting into the home of their dreams means living increasingly farther away from the city core. In British Columbia, would-be homeowners are looking deeper into the Fraser Valley.

"According to respondents, certain government land-use policies have made the housing supply less responsive to demand in larger urban centres, especially Toronto and Vancouver," PwC said in its report, jointly released on Wednesday with the Urban Land Institute. "For potential buyers unable to afford a house but not sold on condo living, there is an increased push for mid-density development and stacked townhouses, especially in infill projects in Toronto."

Some industry observers say the Vancouver region and the GTA could both face a sales slowdown in 2017.

In late August, Toronto-Dominion Bank forecast that the average price for detached houses, town homes and condos will be 16.2 per cent higher this year in the Vancouver region, compared with last year.

The PwC report points out that TD predicts the average price for various property types will rise 15.5 per cent this year in the GTA. While the GTA is expected to experience a 4.6-per-cent increase in average home prices next year, the Vancouver area is forecast to see prices fall 5.4 per cent.

The PwC report said it could take another six to nine months to get a good read on the long-term effects of the B.C. government's 15-per-cent tax on foreign home buyers in Metro Vancouver, which took effect Aug. 2.

"Except for concerns about a possible pullback in the Vancouver and Toronto housing markets, Canada seems poised for a year of stability," the study said, adding that the survey respondents in the markets of Toronto, Vancouver and Montreal are bullish about their regional economies.

"Rising unaffordability and lifestyle preferences are driving many milllennials to forgo home ownership in favour of renting. And ongoing urban immigration also continues to create a need for affordable rental units," the PwC study said. "As well, many baby boomers are downsizing from houses to rentals, so we should see the market respond with larger luxury units targeted to their space expectations." 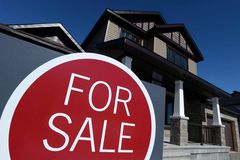 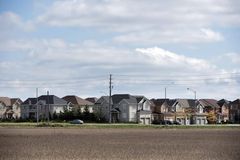 Ottawa’s housing stress test is needed, CMHC head says
Subscriber content
October 18, 2016
Follow Brent Jang on Twitter @brentcjang
Report an error Editorial code of conduct
Due to technical reasons, we have temporarily removed commenting from our articles. We hope to have this fixed soon. Thank you for your patience. If you are looking to give feedback on our new site, please send it along to feedback@globeandmail.com. If you want to write a letter to the editor, please forward to letters@globeandmail.com.
Comments