International buyers increased their appetite for Canadian condos over the past year, new federal data show, although the country's housing regulator acknowledged it still lacks a clear picture of foreign investment in the housing market.

While the overall share of foreign buyers in the Canadian condominium market is still small, new figures from Canada Mortgage and Housing Corporation show the share of units owned by international purchasers rose in six major cities. They jumped substantially in Toronto, Vancouver and even Winnipeg over the past year.

CMHC called the increases in Toronto and Vancouver "statistically significant," although it offered little explanation for the jump over the past year.

Shaun Hildebrand, of Toronto condo market research firm Urbanation Inc., says the numbers show that purchases in the Toronto market increased by nearly 50 per cent in the past year.

He estimated that the total number rose by 3,122 units, or roughly 14 per cent of total condo sales, "a share that is more in line with the industry's perception of foreign demand," he wrote.

"You can speculate as to what's driving the increase in places like Vancouver and Toronto," said CMHC chief economist Bob Dugan. "Certainly those are markets where we've seen price appreciation. So is that a motivation for people who are maybe trying to invest and take advantage of capital gains on a property? There's certainly a potential there."

The federal housing agency said it has struggled to get a full picture of foreign purchaser activity in the housing market and that its numbers are far lower than those in other studies. A 2013 Sotheby's survey that found as many as 40 per cent of luxury home sales in Vancouver and 25 per cent in Toronto were to international buyers, while University of British Columbia urban planner Andy Yan found that foreign purchasers accounted for as much as 65 per cent of luxury homeowners in some neighbourhoods.

The only data that CMHC has on foreign buyers are from surveys of property managers and condo boards, who are asked to identify non-resident condo owners. The survey doesn't measure the number of overall home sales in a given year to foreign investors, nor whether foreign owners are buying units for themselves and family members or purely as speculative investments. CMHC also includes Canadians who now live abroad but who still own property in the country as part of its definition of foreign owner.

CMHC said it is consulting with real estate industry professionals, Statistics Canada, the Department of Finance and other levels of government to collect data on foreign investment in the market for single-family homes and is also looking to collect better information on the investors themselves, including their motivations for buying Canadian property.

"We're trying to work with other people and make an effort to get these data gaps solved so we can have more information about what some are saying is an important part of the market," Mr. Dugan said. "You can see from our data that the rate of foreign ownership seems relatively low, certainly not the kind of levels that some other studies might suggests."

Among the options is for CMHC to access land registry data to track details of property owners, something that requires the federal agency to consult with provincial and municipal governments who control their local land registries. CMHC is also looking for ways to survey international condo owners directly. "It's all exploratory at this point," Mr. Dugan said. "We don't have a lot of solutions. We do know it's a data gap."

Tracking foreign ownership is complicated by the fact that property investors often go to great lengths to conceal their identities, CMHC CEO Evan Siddall told La Presse in an interview earlier this week. "They hide behind lawyers, numbered companies, nominees," he said. "We must find a better way of identifying them and working with the government to achieve this."

In an interview following a speech to the Board of Trade of Metropolitan Montreal Thursday, Mr. Siddall said he had met with new Finance Minister Bill Morneau to discuss housing policy, but declined to go into detail, saying the talks were confidential.

The new Liberal federal government has yet to detail its plans for Canada's housing market, which has seen prices of single-family homes soar in Toronto and Vancouver in the past year even as they have fallen in oil-dependent regions such as Calgary and Regina.

CMHC has proposed a deductible to its mortgage insurance, which would force lenders to shoulder some of the financial risk when a mortgage goes into default. The proposal had been met with resistance from the banking industry, which has warned that it would lead to higher mortgage rates.

With files from reporter Bertrand Marotte 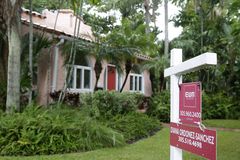