The Conservatives are pinning their re-election hopes on a resurgence in household spending to help power the economy, even as they risk reversing years of policies aimed at engineering a soft landing in the housing market and curbing rising levels of consumer debt.

Conservative Leader Stephen Harper announced Wednesday that if re-elected his party would boost the maximum amount that first-time home buyers can withdraw from their RRSPs to purchase a home under the Home Buyers' Plan from $25,000 to $35,000. The limit would be raised starting in 2017-18, the party said, and would cost the government an extra $30-million in foregone tax revenue.

It was the second of two major campaign announcements aimed at encouraging homeowners to spend money. Last week, Mr. Harper announced that a re-elected Conservative government would revive the home-renovation tax credit, allowing Canadians to claim a refund for spending between $1,000 and $5,000 renovating their homes.

The election platform represents a stark reversal for the Conservatives. Under former finance minister Jim Flaherty, the party spent years steadily tightening the mortgage-insurance rules, raising premiums on mortgage insurance from the Canada Mortgage and Housing Corp. and warning of the risks of rising household debt, only to essentially campaign on a platform of helping Canadians spend more on housing.

Canadians now carry an average of $93,000 in debt each, according to a new poll released Wednesday by Bank of Montreal. Half of those polled said buying a home was a "significant contributor" to their debt load, while a third cited borrowing for home renovations and repairs.

The Canadian Real Estate Association (CREA) cheered the Conservatives' proposed increase to the RRSP withdrawal limits. The lobby group representing the country's 110,000 realtors has long pressed the federal government to increase the amount of money Canadians can withdraw from their registered savings to buy a home.

"We know real estate continues to grow in cost and this will give more first-time home buyers the ability to buy their first home," association president Pauline Aunger said in an interview.

Nearly three million Canadians have cashed in their RRSPs to finance a home purchase since the federal government first introduced the Home Buyers' Plan as a temporary stimulus measure in 1992. The plan allows first-time buyers to take out money from their RRSPs penalty-free to finance a home purchase as long as they repay the money within 15 years.

The program was made permanent in 1994 and the real estate industry last lobbied successfully for an increase to the withdrawal limits during the 2009 recession, when the limit was raised from $20,000 to $25,000.

But CREA has long argued that the RRSP withdrawal limits should be raised even further, with increases indexed to the rate of inflation, in order to better reflect soaring house prices.

"This will give them access to some of their own money to be able to put into a down payment," Ms. Aunger said.

A $10,000 boost to the RRSP withdrawal limit is unlikely to have much of an impact in Toronto and Vancouver, where house prices have risen far faster than incomes and first-time buyers already struggle to scrounge enough money for a down payment, said David Madani of Capital Economics, who has long warned of the risks of a Canadian housing correction.

But promising to boost tax credits and RRSP withdrawals for homeowners sends the signal to Canadians to keep spending on real estate at a time when some markets are facing an affordability crisis, he said.

"These types of policies are definitely encouraging homeownership, but we're encouraging it at a time when there is clear evidence that the market is overvalued and therefore there's a much greater than normal risk of a correction at some point," Mr. Madani said.

Rapidly rising house prices in Toronto and Vancouver are a "growing concern," said BMO senior economist Sal Guatieri, given they "could encourage some households to take on larger mortgages than they can handle when interest rates rise."

The election push to encourage household spending also comes at a time when the housing market outside of the one for single-family houses in Toronto and Vancouver appears to be well into the much anticipated soft-landing.

The Teranet-National Bank house price index broke a new record in July, although the gains were driven by just three markets: Toronto, Hamilton and Vancouver. Average resale house prices have actually fallen from levels a year ago in the eight other markets that make up the index, particularly in Calgary, Montreal and Halifax.

Even within Toronto and Vancouver, prices have been soaring mainly in the market for single-family houses, with condominium prices rising at a much slower rate. "Were it not for non-condo dwellings in these two regions, house prices at the national level would have risen rather modestly over the last year," National Bank Financial senior economist Marc Pinsonneault wrote. 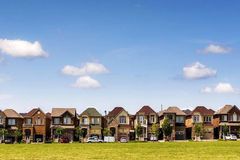 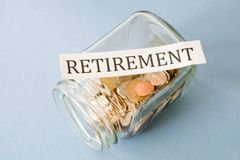 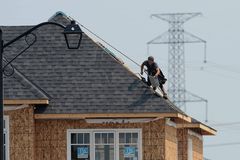