House prices pulled back for the first time this year in Canada's hottest housing market in the clearest sign yet the buying frenzy is slowing after blistering price gains over the past two years.

Since the global recession clobbered real estate values in many cities around the world a few years ago, the amounts that buyers have been paying for houses in Vancouver have skyrocketed. Vancouver's recovery has far outstripped that of other Canadian cities, with prices jumping 21 per cent in the past year alone - more than double the gains seen in the rest of the country.

But the latest home-sales figures point to a slowdown. The number sold dropped 21 per cent in July from June, and prices edged 0.1 per cent lower to $630,251 for a typical detached house, according to the Real Estate Board of Greater Vancouver. Listings of properties for sale in the city are increasing, while bidding wars are becoming less common.

The slowing real estate scene in Vancouver is adding to concerns that the rest of the country's housing market will cool off as well against a backdrop of global economic uncertainty and gyrating financial markets.

After two years of price gains across the country pushed the average national resale price to a record high of $372,700 in June, buyers are starting to reconsider how much they are willing to spend.

There's no shortage of worries for prospective home buyers in the current economic climate. Government debt woes have triggered massive financial bailouts of European countries and major spending cuts in the United States, where indicators show the economy has slowed to a crawl. Stock markets have dropped sharply in recent weeks, while a slew of global companies have announced broad job cuts. Many Canadians have taken on heavy debt to buy homes or make other purchases.

"The resale market has just gotten stupid in a lot of places as agents just make up a big number and put it out there," said Ross McCredie, chief executive officer of Sotheby's International Realty Canada. "Agents were losing listings because they weren't willing to overprice, but I think people are starting to remember that price does matter."

A slowdown in Vancouver's real estate market doesn't guarantee the rest of the country will follow suit, since unique factors have driven prices in recent years. With mountains on one side and an ocean on the other, a lack of supply has contributed to price gains. The city also attracts many Asian immigrants, who move their families into new homes so they can go to school or start a new life in Canada.

But softer sales come as other markets across the country show signs of cooling as would-be buyers fret over the state of the global economy and postpone buying until they get a better sense of where interest rates are likely to settle. The possibility of a double-dip recession in the United States is also weighing on consumer confidence around the world.

"We're seeing an increased amount of attention to what's happening in the economy," said Don Lawby, the Vancouver-based chief executive officer of Century 21. "It's having an effect - if a house is priced right and the person is confident about their job, you can do a deal. But the price has to be right."

Canada's housing market rebounded strongly from the recession, but Vancouver's recovery has been the most dramatic. The average house now costs 11 times average household income, double that of anywhere else in Canada.

And while home prices and sales in many parts of Canada remain strong, signs of slowing activity have emerged. Sales in Calgary were 17 per cent below their 10-year average in July. In Toronto, the real estate board said a shortage of listings is still propping up prices, but more sellers are likely to emerge and cap further gains. In Vancouver, selling agents have started offering larger bonuses to any other agent who brings a buyer to the table. Many economists and real estate companies generally expect prices nationally will remain close to where they are for the next year - give or take 5 per cent.

Still, industry experts worry that low interest rates have encouraged buyers to stretch their budgets to obtain housing. Once rates begin to rise, their payments could balloon and leave them hard-pressed to meet their payments.

Vancouver's real estate board said that although competitively priced homes are selling, there's been a drop in multiple offer situations in recent months.

"You're starting to see more desperation from the sellers because they want to get out at the top," said Mayur Arora of Oneflatfee.ca in Surrey, B.C. "It's not all doom and gloom, because some neighbourhoods in Vancouver are still seeing bidding wars. But you are seeing signs that things are definitely changing."

Sotheby's Mr. McCredie said the market has slowed several times since the recession ended, but each dip has brought more buyers into the market.

"Things seem to slow down and then they get busy again a few weeks later," he said. "It's difficult to know if it's just the time of year or if something else is going on." 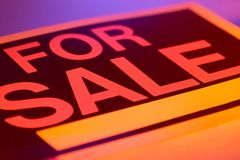 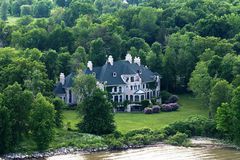 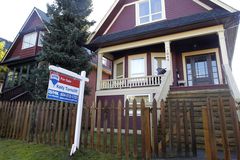