It could be the start of falling prices in Vancouver's pricey real estate market, the perfect time to snap up a multimillion-dollar dream home – or just a summer blip.

Richard Kurland, an immigration lawyer who works with wealthy investors from mainland China, has looked at July real estate figures and suggests they may offer a glimpse at an important shift in Vancouver's housing market – where the average price of a single detached home has climbed to $1.2-million.

He says listings are up in certain segments while sales are looking stagnant. The figures for single detached homes on Vancouver's west side in the $3-million to $3.5-million price bracket – which is certainly high-end but not quite "luxury" – show 106 active listings and just nine sales, compared with 73 listed homes and 7 sales during July, 2013.

"Right now, these numbers are showing blood in the water – and the sharks haven't sniffed yet," Mr. Kurland said.

"What I've been trying to figure out is how it will affect other property prices in Vancouver. I suspect that you will see a cascade of lower prices, down the value chain of Vancouver-based real estate."

Mr. Kurland's hunch – which does not seem to be broadly shared – is that some are beginning to sell off property because smart offshore money is beginning to head elsewhere. Canada is becoming less of a welcome destination for global capital, he says. In its last budget, the federal government cancelled the immigrant investor program, which had been inundated with wealthy applicants from mainland China– a move some thought would hit the luxury real estate market in Vancouver.

At the same time, Mr. Kurland adds, there is a serious corruption crackdown in China, as well as signs that Canada and China may upgrade a tax treaty some time in the fall – which could lead to more information-sharing between Canadian and Chinese tax officials.

"Those things taken together, I think, are forcing the rich to dispose of high end Canadian residential property," Mr. Kurland says.

Others aren't so sure. Tsur Somerville, an associate professor at the University of British Columbia's Centre for Urban Economics and Real Estate, says the July numbers by themselves don't indicate any sort of mass sell-off. A frequent commentator in the (often heated) debate over the influence of Chinese money in Vancouver's real estate market, Mr. Somerville says he is wary of drawing a link from what's going on China to these numbers. He says China is often used to explain various, sometimes contradictory, phenomena at any given time, in new variations of the old "When China sneezes, the world catches a cold" cliche.

Of course, Asian investment is nothing new to Vancouver. The city has historic ties across the Pacific dating back more than a century. Before the 1997 handover of Hong Kong to China, there was a large influx of wealthy Cantonese immigrants, who helped build numerous developments in both Vancouver and Richmond, B.C.

Dan Scarrow, vice-president for corporate strategy at Macdonald Realty, a major B.C. real estate firm, says these new numbers do not show the trail-off in foreign investment seen by Mr. Kurland. He suspects they could be something of a summer anomaly – the result of potential buyers heading off on vacation – or simply an offshoot of sellers listing more properties to take advantage of a hot market.

At the same time, Mr. Scarrow – whose firm said that in 2013 roughly one-third of its single detached home sales in Vancouver went to people with ties to mainland China – says there has been some fallout, at the very high-end, from the cancellation of the immigrant investor program. For residences worth more than $5-million on the west side, there were 120 homes for sale and just 11 sales in July; in the same month last year there were 99 listings but the same amount of sales.

But Mr. Scarrow doubts that this investment will slow down: He is opening up a Macdonald Realty office in Shanghai this fall, and says that any increased tax sharing between Canada and China will simply make real estate investment from China more transparent. "There will likely be more money coming out of China, rather than less," he says.

Arnold Shuchat, a local real estate agent, said prices aren't necessarily falling more broadly but that something seems to have changed at a certain price bracket – and some multi-million dollar homes might be selling at a steep discount now compared to last year.

"There's a lot for sale with nothing happening in that segment," he says. "That's a buyer's market. It's fact. It could be time for good fishing." 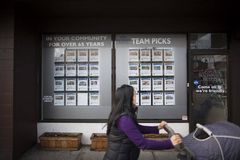 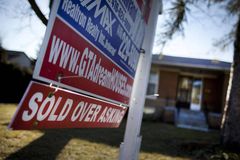 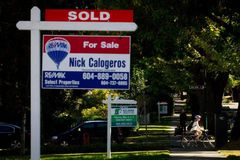 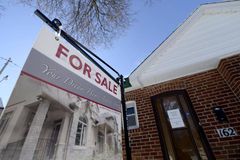 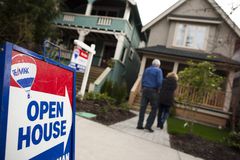 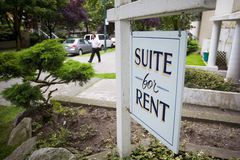