Skip to main content
GRAHAM LANKTREE
Special to The Globe and Mail
Published May 4, 2015

This is the fifth in a series of stories on global property that examines the shifts and trends in the housing market on the international stage. 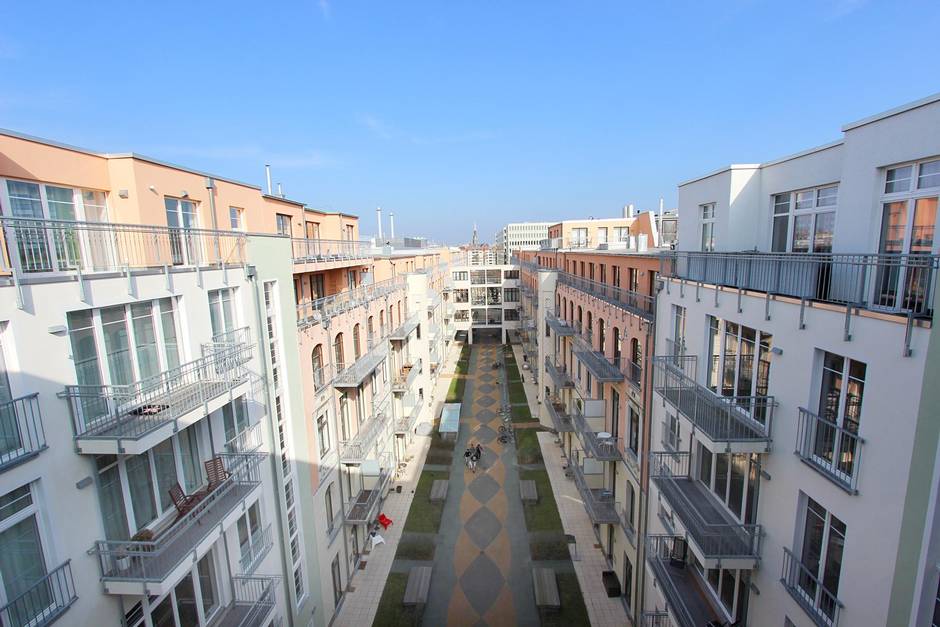 Apartment buildings in the Mitte neighbourhood of Berlin. (Engel & Volkers)

Internet startups, international musicians and artists have made Berlin their home base for more than a decade.

This “creative class” – key to a lively world city, urban studies experts say – has lifted the German capital to its feet.

“Berlin used to be a relatively poor city,” said Sebastian Fischer, managing director of real estate agents Engel & Volkers. But with reports that five Internet startups are founded here daily, and a GDP that has grown consistently since 2008, the capital is looking less shabby and more chic.

Now, luxurious apartment buildings are rising near the route of the demolished Berlin Wall. Chunks of central Berlin still remain vacant. But within the bounds of strict rules designed to keep property speculation at bay, healthy rejuvenation is taking root.

– 14 per cent: Percentage of those who own their own home in Berlin.

– 4,600: New apartments planned for Mitte, the centre of Berlin.

The national parliament was transferred from Bonn to Berlin in the reunified Germany. As bureaucrats and the rest of the trappings of government returned to the redesigned Reichstag with its modern glass dome in 1999, signs of life have returned with them.

Berlin’s 2014 Housing Market Report lists 250 new residential projects that will add 18,000 new apartments to the market – up from the 199 projects and 12,000 apartments listed in 2013. Even at this pace it will take “more than 15 years” to turn all of the vacant land into communities, another study says.

The growth is predominantly “driven by startups, media and politics,” according to Mr. Fischer. Attracted by its cheap rents and a weak euro, Berlin gained 900 Internet startups from 2008 to 2011 and continues to grow, according to industry association Bitkom.

“Last year more than 44,700 people moved to Berlin,” Mr. Fischer said, noting the numbers have been almost as high for the past two or three years in a row. The current number of households exceeds the number of homes by 9,000, according to a study by the German Institute for Economic Research.

One area of Berlin that has seen a particularly large amount of growth is Mitte, meaning “middle” in German. The city centre drew about 47.6 per cent of Berlin’s new residents in 2012. Many foreigners are making their homes there, too.

Berlin Mitte “is known for very young designers from all over the world who come and open their shops for very little money in and around Hackescher Markt,” said Peter Rabitz, director of premium real estate for the Zabel Property Group, which deals in the capital’s top properties. “You’ve got all these little bars, restaurants and shops,” he added, and “that’s why this area is very trendy and where the hipsters concentrate.”

One of the city’s newest and most expensive developments opened just last summer about a 15-minute walk away from the market along the River Spree, dividing north and south-central Berlin.

Rising 10 storeys on the north side of the river, the Yoo’s 87 luxury apartments, with interiors designed by French industrial designer Philippe Starck, is emblematic of the new buildings filling Berlin’s vacant lots. 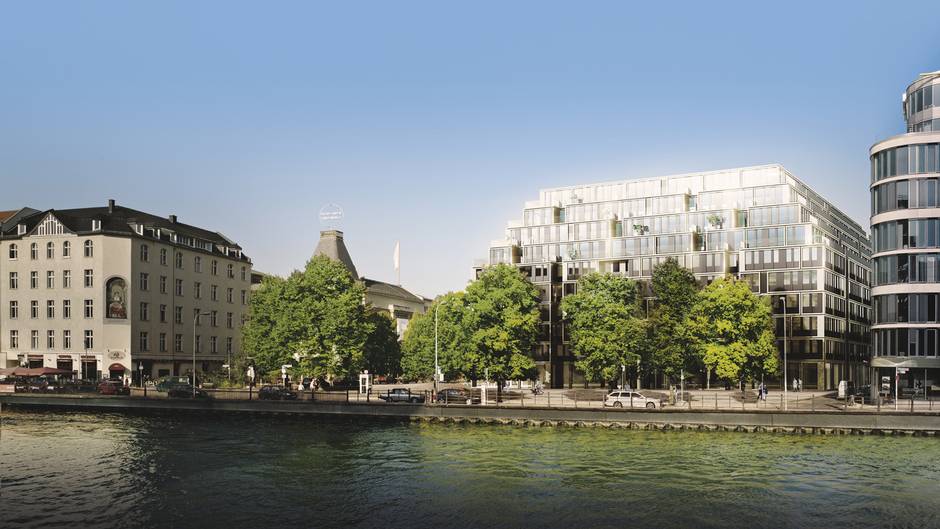 A quarter of the apartments were sold before ground broke on the project in 2010, and many buyers came from abroad, said Mr. Rabitz, who represents the Yoo.

Many of his clients at Zabel, he said, are foreign. “Last year 6 per cent of our clients came from the U.S.,” Mr. Rabitz said, adding 14 per cent were Russian, 7 per cent French, 4 per cent from Britain., 5 per cent from Saudi Arabia, and 8 per cent from China. 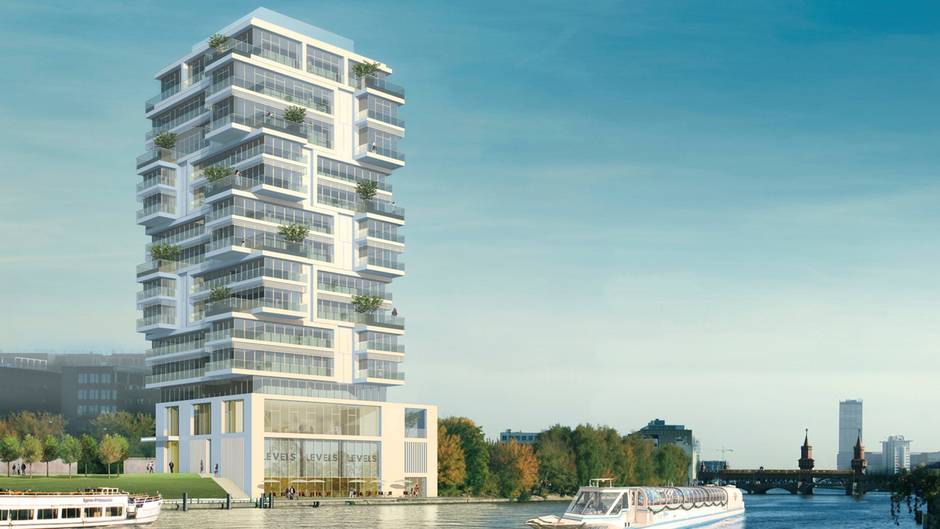 Developments in these historic areas, even in vacant lots, are not without controversy, however. Part of the last stretch of the Berlin Wall, coincidentally near an area where many East Berliners died attempting to escape, drew protests in 2013 when it was demolished to make way for Living Levels, a luxury 13-floor, 56-apartment building with €6-million penthouses and 360-degree views of the city.

Condos with 10-foot-high ceilings and wrap-around glass windows on the third to fifth floor of the Lincoln-log stacked building start at roughly €356,000. Portions of the old wall surrounding the development have been preserved.

Putting on the ‘rent brakes’

Still, there are many rules that mitigate the push and pull of history and inoculate Berlin’s residential market from the worst excesses of property speculation and empty homes found in cities like London and New York. New rules that take effect this year protect tenants and ensure the market doesn’t develop too quickly.

Known as the mietpreisbremse or “rent brake,” one new rule will cap rent hikes on new leases to no more than 10 per cent above the value of a similar property. Mr. Fischer believes it won’t impact the market too much because it excludes new properties and those that have been extensively renovated. 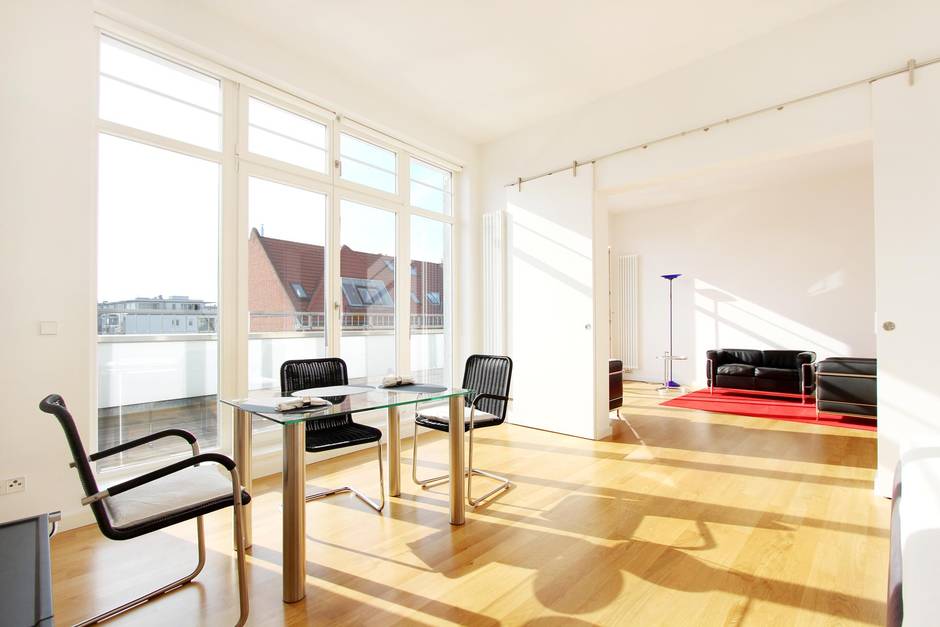 “What I think is a little bit more affecting the market is the so called aufteilungsverbot, ” said Mr. Fischer, of a rule that prevents the owners of multifamily apartment buildings from converting to individually saleable condominiums, limiting supply. Yet another rule, he points out, prevents absentee owners from renting out their apartment on Airbnb.

All in all, this batch of rules and the government’s management of the market has led to sustainable growth, he maintains, at a time when other markets are seeing questionably large price increases.

With the euro valued at $1.31 Canadian, “depending on the location within Mitte, $1-million Canadian could get you anything between five smaller apartments, or a 150-square-metre luxurious new development,” Mr. Fischer said. It’s not hard to buy in Berlin, he added, although foreigners will need to make a roughly 50-per-cent down payment.

Berlin Mitte is near the Brandenburg Gate, Checkpoint Charlie and the Reichstag. But the city is changing, finding its feet again and adding a new layer to its history, he said, with the help of the artists, designers and startups that have flocked to its cheap spaces.

“All of the construction activity makes the city very exciting,” he adds, “particularly for someone coming here once or twice a year, because every time you come here you see that the city has changed.”