Rock-bottom mortgage rates have been the fuel behind Canada's house-price boom. Now, they may also be the shield keeping that boom from becoming a bubble.

Bank of Montreal chief economist Sherry Cooper argues that despite the Bank of Canada's repeated warnings about the alarming deterioration in the country's household debt levels, driven in no small way by a seemingly unstoppable upward march of home prices, the residential real estate market is not teetering on the edge of a U.S.-style meltdown.

"In our view, the [Canadian]national housing market is more like a balloon than a bubble. While bubbles always burst, a balloon often deflates slowly in the absence of a 'pin,' " Ms. Cooper and her colleague, senior economist Sal Guatieri, wrote in a report Monday. "In most regions, where valuations are just moderately high, the air should seep out slowly, as rising incomes catch up with higher prices, allowing valuations to normalize before interest rates do."

The report comes amid a flurry of debate on the topic of Canada's over-stretched home market, which was re-ignited earlier this month when the Bank of Canada signalled its increasing concern over Canadians' still-rising debt burden. Some economists are fearful that a collapse could be on the horizon. London-based Capital Economics recently said Canada's housing market "exhibits the typical signs of an asset price boom-bust cycle, which, when it turns, will have substantial negative implications for the broader economy."

But a growing consensus, albeit an uneasy one, is emerging from Canadian economists: That the same bargain-basement interest rates that encouraged consumers to borrow heavily in the first place, contributing to the buying power that fuelled the surge in home prices, are destined to stay low enough for long enough to keep the housing market from caving in on itself.

"We have the luxury of time – because interest rates aren't going anywhere," said economist Benjamin Tal of CIBC World Markets.

"Given the current interest-rate environment, [the housing market]is a bit stretched – but not as much as the early 1990s," said Stéfane Marion, chief economist at National Bank Financial in Montreal. However, he cautioned, that could change if interest rates – driven down by the rush to safety that has fuelled a boom in bond markets – were to change direction.

"If you think the fixed-income market is in a bubble, then that could be a serious threat to the Canadian housing market," he said.

In a telephone interview, Ms. Cooper argued that the fears over the rise in Canadian household debt ratios ignore the role of low interest rates in making higher levels of debt more affordable to consumers.

"In Canada, debt-to-income has risen steadily as interest rates have fallen – and that's been going on for 30 years," she said.

Nevertheless, economists agree that home prices have become too high, and a slowdown in the housing market looks likely.

"There's no doubt we're overshooting," Mr. Tal said. "The more interesting element of the discussion is, how do we correct?"

He said a price crash would require "a trigger," such as a sudden spike in interest rates or a subprime-like serious erosion in mortgage quality. However, the Canadian and U.S. central banks have signalled that interest rates will remain low for the foreseeable future, and the segment of Canada's mortgage market that is considered high-risk "is still extremely small."

"If we have another conversation a year from now, and prices are up another 10 per cent and mortgage activity is up another 10 to 15 per cent, then we have a problem," Mr. Tal said. "Because then, we're much closer to the tipping point." 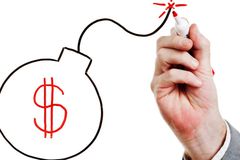 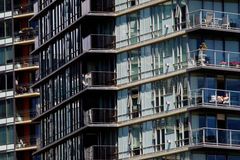