Mortgage fraud has been on the decline in Canada in recent years thanks to tougher regulations, better training and new technology, the head of Canada's largest private mortgage insurance company says.

"The industry takes misrepresentation very seriously and as a group we've all taken some very strong actions over the last few years to reduce instances of misrepresentation and fraud in the industry," Stuart Levings, chief executive officer of Genworth MI Canada Inc., said in a conference call with analysts on Wednesday.

Mr. Levings's remarks come a week after Home Capital Group Inc., a major Canadian alternative mortgage lender, revealed that it had suspended 45 brokers after it uncovered evidence that some borrowers had been approved for mortgages with fake employment letters that overstated their incomes.

Home Capital has said its mortgage insurers conducted audits after the company disclosed problems with some of its mortgages and it was confident that its loans would be covered by insurance, given that none of its employees were complicit in any fraud.

Mr. Levings declined to discuss Genworth's dealings with Home Capital, but he said fraudulent applications have become less of a problem for the mortgage industry in the wake of the global financial crisis.

As a major mortgage insurer, Genworth uses highly trained underwriters, along with a special investigations unit and "third-party tools," to act as "a second set of eyes" in order to uncover issues with the mortgages it insures, Mr. Levings said.

The company rejects 7 to 10 per cent of all loans, he said, while others go back and forth between the lender and insurer to work out any issues with the application.

Genworth could refuse to pay out a claim if it finds "unmitigated, recurring material deficiencies in the underwriting process," Mr. Levings said, something that he added was "a very rare occurrence."

"On balance, the quality of the loans in the market as a whole is very strong in today's environment," he said.

Much of the growth came from strong housing markets in Ontario, while it has yet to see a major increase in mortgage delinquencies in oil-sensitive regions such as Alberta and Saskatchewan.

"Consumers have been hanging in quite strongly," Mr. Levings said.

Even as its insured mortgages in Alberta and Saskatchewan have performed better than expected, the company has been taking steps in recent months to tighten its underwriting standards for new premiums its writes in oil-producing regions.

The bulk of Genworth's mortgage delinquencies this year have come in Quebec and Atlantic Canada, particularly in markets outside of major cities, such as Montreal and Halifax, where job growth has been weak and foreclosed homes take longer to sell at deeper discounts, Mr. Levings said.

Within the hot housing markets of Toronto and Vancouver, much of the growth in newly insured mortgages to first-time home buyers, Genworth's target market, have come from the neighbouring communities outside those two cities, while the rest of the Canadian housing market "continues to see a soft landing," he said.

However, the company said it expects to see mortgage arrears start to increase toward the end of this year and into 2016 as borrowers in oil-producing regions begin to eat away at the financial cushion they may have built up before oil prices began to plunge last fall.

Although the weaker Canadian dollar should boost employment prospects in Ontario and Quebec, a slowing Canadian economy will probably start to weigh on the housing market. "The economy is in a transition and we could see additional economic pressure, particularly in the oil-producing regions," Mr. Levings said. 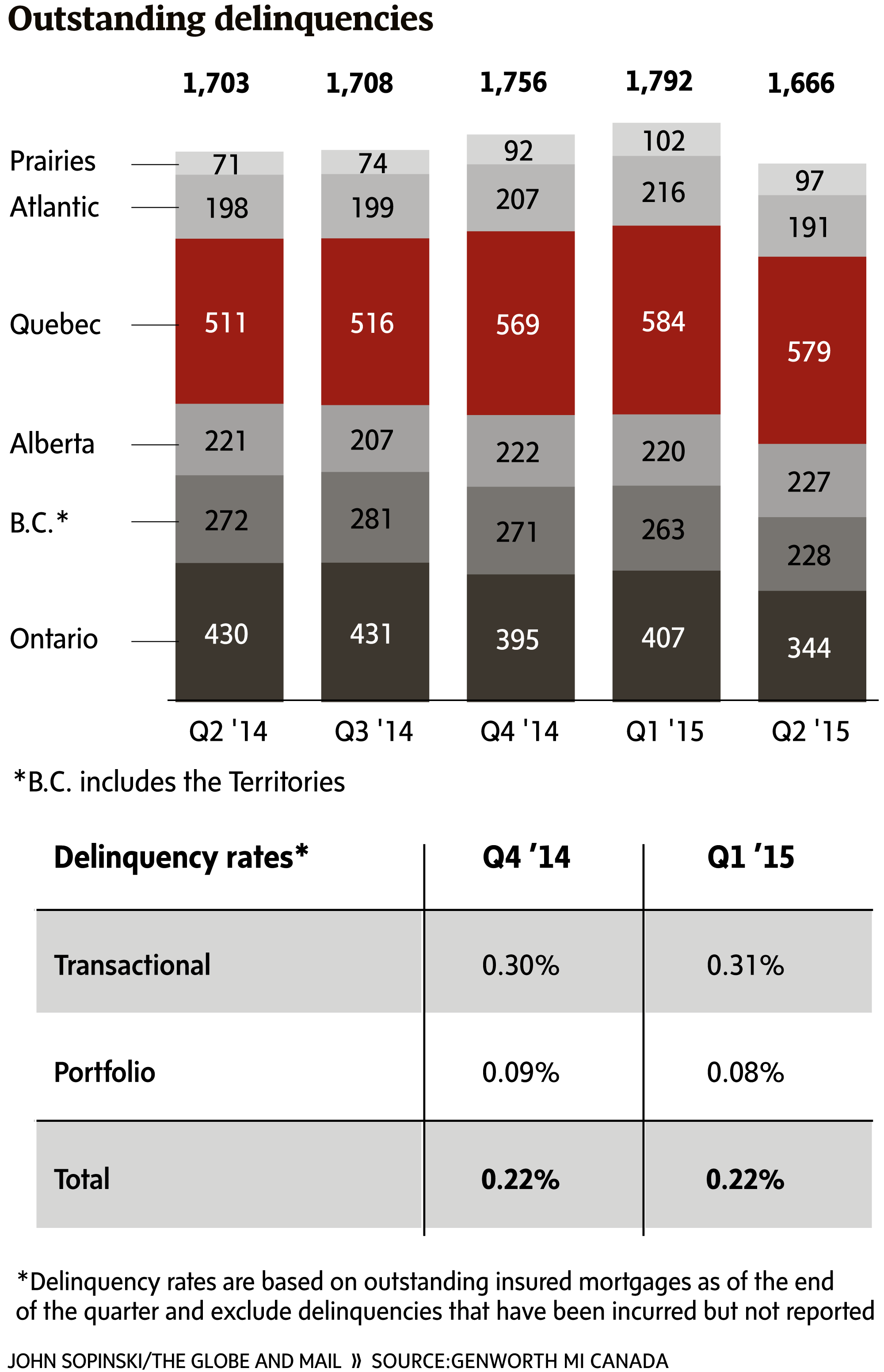 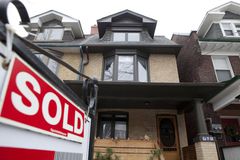 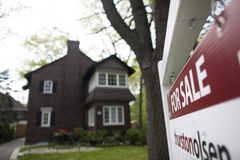 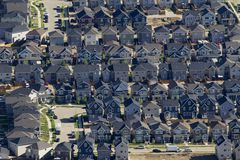