Offshore buyers, primarily from China, are driving demand for luxury properties in Canada, helping to fuel sales of multimillion-dollar homes in major markets outside of Alberta.

More than 570 homes priced over $3-million sold in Vancouver in the first seven months of the year, up nearly 80 per cent from the same time last year, according to a new report from Re/Max.

A hot real estate market in Vancouver is partially responsible for the jump in high-end home sales by helping to push up the prices of a larger share of the existing housing stock above $3-million, which is considered luxury territory, the real estate company said. But increasing interest from foreign buyers is also fuelling the luxury home market this year.

Local buyers now represent a relatively small share of Vancouver's market for high-end homes. The bulk of sales have been to buyers from China, many of whom are looking for newly built homes with high-end furnishings close to good schools for their children. "What we're hearing from our brokers and realtors is that when people are thinking of moving out of their country, whether that country is China, or Russia, or parts of the Middle East, more and more they're looking to Canada as a place to go," said Gurinder Sandhu, Re/Max's executive vice-president for Ontario and Atlantic Canada.

The majority of foreign buyers of high-end homes are looking to relocate to Canada, rather than buy properties purely as an investor. "These aren't investments they're making from afar," Mr. Sandhu said. "These are families that are moving to Canada and buying these luxury properties to live in and raise their families."

With so much demand for luxury properties from overseas buyers, real estate agents in Vancouver have started skipping over the traditional process of waiting for a property to show up on the Multiple Listing Service and then making an offer. Instead some have begun knocking on doors of properties in demand on behalf of a buyer in hopes of convincing the homeowner to sell, the real estate brokerage said. Others have started offering settlement services such as helping foreign buyers to arrange home insurance or vehicle purchases.

In the Greater Toronto Area, there have been 279 sales of homes over $3-million so far this year, up 61 per cent from the same time last year.

Luxury home sales have been driven by local professional couples looking to upgrade as well as buyers from China with school-aged children who are purchasing four- and five-bedroom homes close to good schools. Buyers from Russia and the Middle East have also flocked to Toronto's luxury home market, snapping up properties in established neighbourhoods such as Rosedale and Forest Hill, as well as suburbs such as Oakville. In more suburban locales, properties rich in amenities, such as wine cellars, swimming pools and hydraulic lift garages, have been popular with buyers of high-end homes.

Chinese buyers have also turned their attention toward Montreal this year, Re/Max said, driven by an ample supply of luxury homes at more affordable prices than in Toronto and Vancouver, particularly older homes in established neighbourhoods. Realtors in the city reported a "substantial increase" in foreign buyers so far this year, thanks in part to the strength of the Chinese yuan compared to the Canadian dollar.

Only Calgary has seen a drop in demand for luxury homes, with sales of properties priced over $1-million falling nearly 30 per cent from the same period last year, while sales of homes over $2-million have dropped nearly 40 per cent.

Demand from young first-time buyers employed in the oil patch has dried up, with the luxury market shifting toward families who are looking to upsize. Rather than purchase existing luxury homes, well-heeled buyers are increasingly opting to buy tear-down properties near the city centre and then build a custom home.

Prices for high-end homes have held relatively steady in the city, Re/Max said, although buyers now have the edge, and home inspections and financing – once rare in an overheated market – have now become a common part of the process of buying a luxury home. 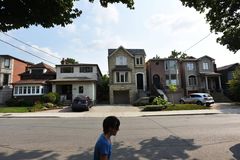 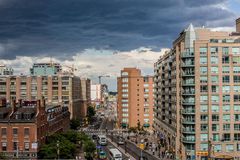 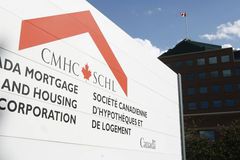