The property management business, which is now a staple in Vancouver's real estate scene, is growing in Toronto as more and more condos are built.

Property managers find tenants for landlords, and then generally handle things like maintenance issues and collecting rent. A rising number of them are popping up in Toronto, attracted by the plethora of units that are being rented out. (Of note, The Real Estate Council of British Columbia licenses property managers in that province, so far there is no regulation of the business in Ontario).

Martin Schoenberg got into the property management business in Vancouver when he started a business called Rentforthegames.com to match property owners with people who needed a place to stay during the Olympics. He also created a more traditional property management business in Vancouver, and then expanded to Toronto about a year ago with Toronto Luxury Rentals. It's currently managing properties for about 80 clients, but Mr. Schoenberg says he's hoping to have – wait for it – 1,000 by the end of next year (his Vancouver business has about 350 he says).

He points to Toronto's increasingly crowded skyline. "These condos will not stay unoccupied," he says.

About 40 per cent of the units his company deals with are furnished. High-end suites are rented from terms of three months to three years to corporate executives and occasionally actors (Mr. Schoenberg drops the names Andie McDowell and Noah Wyle as current tenants). But Mr. Schoenberg says that he promotes leaving units unfurnished as "the path to better, longer-term tenants."

Interestingly, he says that in Vancouver about 40 per cent of the clients (or landlords) are offshore investors who own multiple condos, while he's finding that in Toronto it tends to be local owners.

Mathew Rutherford is the owner of Performance Property Management, a Toronto-area firm that he started about five years ago. He spotted a need when he tried to rent out his own property while he travelled to Australia. "There wasn't a lot going on in Toronto in terms of property management," he says.

His company now manages about 200 properties downtown Toronto, roughly 90 per cent of which are condos (as opposed to other types of homes). He says that back in 2008, 2009, many of the clients were overseas investors. Now, he says, there are more local investors.

"There's definitely a slowdown when it comes to the furnished side of the business," Mr. Rutherford says. "Because of all the condos that have been thrown on the market in the last six months to a year in particular, a lot of owners are trying to make a bit more money by furnishing their properties, which has increased supply."

He says that landlords often turn to property managers after dealing with a frustrating tenant.

"Downtown Toronto there's a lot of professional tenants," Mr. Rutherford says. By that, he means people who move into properties and don't pay the rent.

"A lot of people are afraid to talk about it, but it's definitely a big problem in the city right now," he says, adding that his firm has been contacted by a number of landlords who had deadbeat tenants that needed to be evicted, a process that's overseen by Ontario's Landlord and Tenant Board. "We've had to deal with a lot of them unfortunately," he says.

But when it comes to hiring a property manager in Ontario it's still landlord beware. Mr. Rutherford says he's seen a number of companies come and go. The lack of regulatory oversight "leaves significant room for things to go wrong," Mr. Schoenberg says.

Carney shrugs off worries about Canada's housing market
May 20, 2014 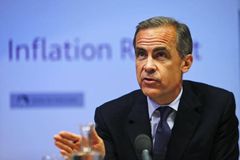 Toronto tops for speedy home sales: How does your city measure up?
May 15, 2014 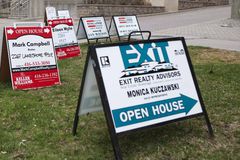 Analysts warn of market ‘froth’ as home prices rise again in April
May 15, 2014 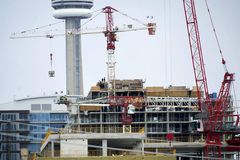