This is the tenth in a series of stories on global property that examines the shifts and trends in the housing market on the international stage. 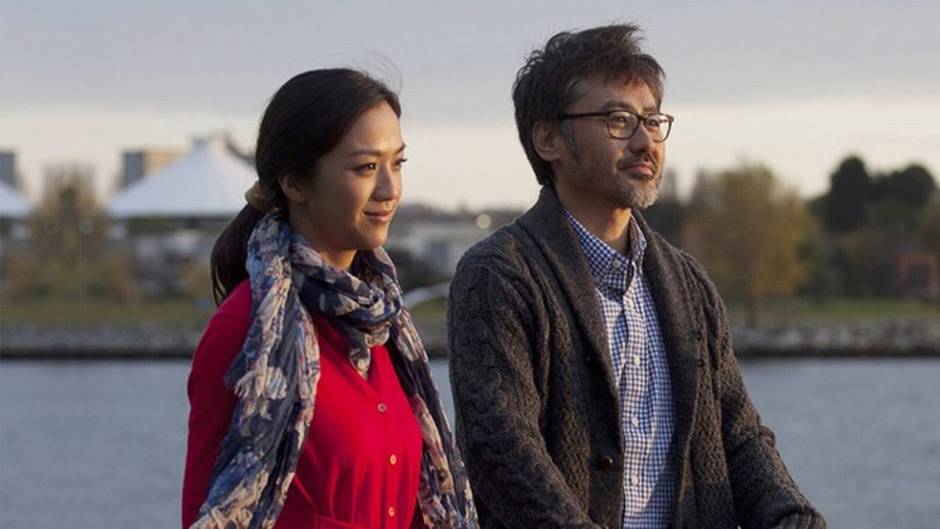 In the 2013 romantic comedy, Beijing Meets Seattle, the mistress of a Beijing business mogul flies to Seattle to give birth. There she begins a romance with Frank, a taxi driver who was formerly a doctor in China. (BDI Films)

The premise of Beijing Meets Seattle is simple.

In the 2013 romantic comedy, a major box-office hit in China, the young mistress of a Beijing business mogul flies to Seattle to give birth to her lovechild.

U.S. citizenship for the baby is one benefit. But by far the bigger attraction is Seattle itself, filmed as if purpose built for a Chinese parent to raise beautiful, healthy children abroad. The screenplay for the film (its English title is Finding Mr. Right) could almost have been written by Seattle real estate agents; it was that much of a boon to the market. 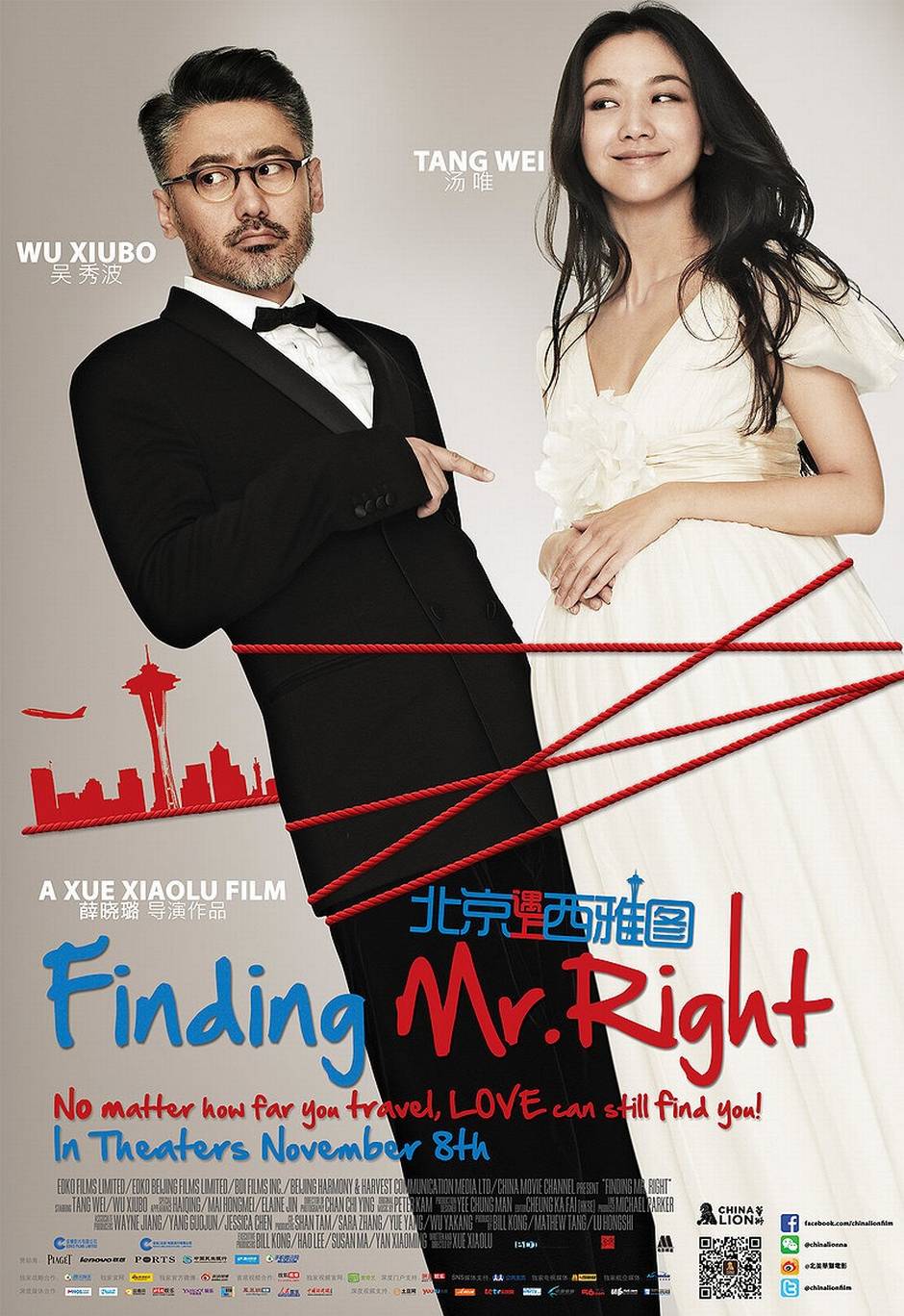 The smash hit in China has a different title for the English market – Finding Mr. Right. (BDI Films)

It was “massive advertising, and there has been a lot of response,” said Dean Jones, chief executive officer of Seattle real-estate company Realogics Sotheby’s International Realty, which has a team of agents (the “Asia Desk”) fluent in Cantonese, Mandarin and other Asian languages to cater to the continuing, broadening influx of buyers.

Given the rampant prices in the most coveted cities in China and often high volatility elsewhere in that country, the North American real-estate market can comparatively seem the epitome of calm, and a surer bet.

And “it’s not just the high-net-worth people looking for lifestyle or a financial safe harbour. It’s people that want to have their version of the American dream, if you will,” Mr. Jones said. “The substantial majority of showings now are to consumers of Asian descent, most notably Chinese. I can tell you that it’s not uncommon to be doing real-estate [showings] now with interpreters.”

Originally from Vancouver, Mr. Jones said that Seattle is following a similar pattern as Vancouver, San Francisco and Los Angeles. Vancouver’s reputation as a hedge city, that is, a relatively safe bet for property investors who can afford it, has spilled over to Seattle with its comparatively lower prices (30 to 50 per cent lower than Vancouver, Seattle realtors say).

An easing of visa restrictions in the United States for Chinese, including the lengthening of tourist visas to 10 years, “effectively advertised the opportunity to buy a second home in the U.S. and actually use it. [It’s] no different than maybe a snowbird in Canada would buy in Palm Springs,” Mr. Jones said. 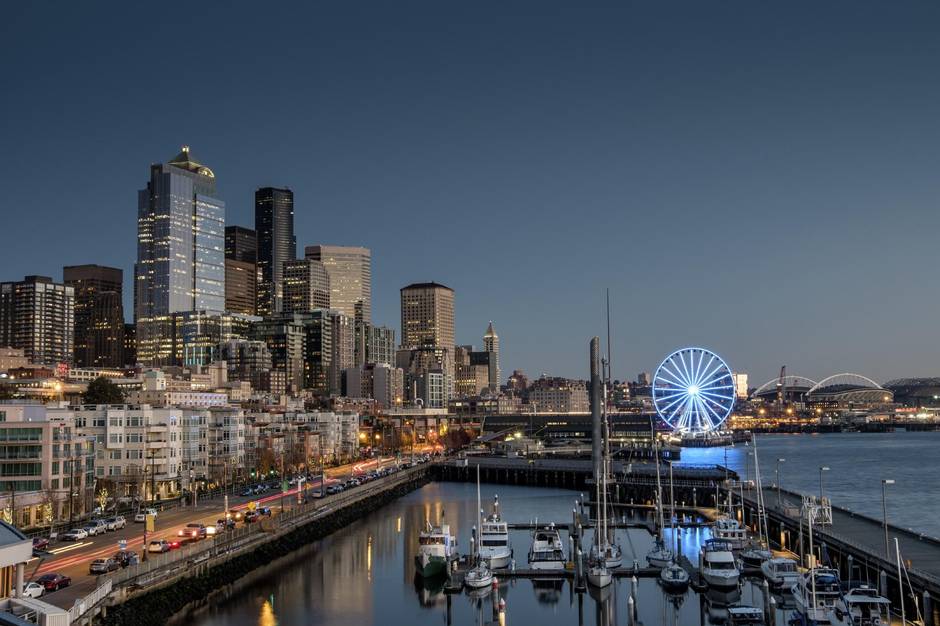 Seattle’s waterfront at dusk. Vancouver’s reputation as a hedge city, a relatively safe bet for property investors who can afford it, has spilled over to Seattle with its comparatively lower prices. (iStock) 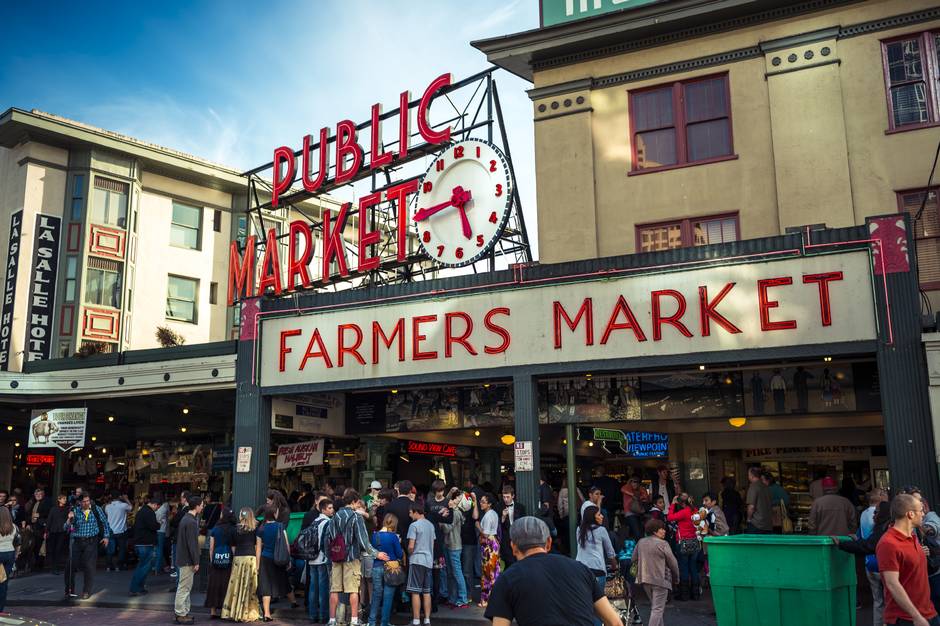 It’s encouraging more than faceless foreign money to flood in. Pure foreign investment in Canadian real estate isn’t more than 5 to 6 per cent of transactions, said CIBC deputy chief economist Benjamin Tal. What’s likely much higher is the percentage of foreign buyers bringing families to North America (or at least some of the family, such as a child studying in North America accompanied by mom). And this is most likely happening in major cities, where education is the biggest draw.

“The No. 1 driver of Chinese investment in real estate in North America is education,” said Elizabeth Harrington, North American publisher of the Hurun Report, a magazine and research firm catering to high-net-worth Chinese entrepreneurs.

Where Chinese are buying

Palo Alto, Calif., is often seen as the shining example of the educational imperative, being in the high-tech hub of San Francisco’s Bay Area and immediately next to Stanford University. Median home sales prices have risen nearly 30 per cent from January to April this year, according to the real-estate tracking service Trulia. And yet it’s a phenomenon also easily apparent in numerous communities from the eastside Seattle to Kerrisdale in Vancouver.

Seattle now has all the characteristics of a hot market like Vancouver, with buyers often waiving home inspections and buying sight unseen, often paying all cash, Mr. Jones said. Grumbling among those priced out of the market is readily apparent, “but I think when you’re a global city on the rise, you just simply have to recognize that demand knows no borders. It’s part of the diversification of the market,” he said.

Even something as simple as more direct flights can be a boost. “There’s been a lot of competitive air traffic coming between Sea-Tac [Seattle-Tacoma airport] and Beijing, Shanghai and Hong Kong. Hainan Airlines is flying non-stop, and so is Delta Airlines. And Delta recently announced Sea-Tac airport as their West Coast global gateway,” Mr. Jones said.

“It creates a self-fulfilling prophecy about a rising home market,” he added. Buyers are aware of Beijing Meets Seattle; they know about more flights; they have a strong sense of the momentum attracting them, even before real estate agents do.

I think when you’re a global city on the rise, you just simply have to recognize that demand knows no borders.
Dean Jones, chief executive officer of Seattle real-estate company Realogics Sotheby’s International Realty.

It’s happening with commercial property, too. Local real estate agents in Seattle are sometimes astonished to see Chinese or other Asian investors paying more than what a local developer might pay for a property, “only to find out right behind them that someone paid even more. It requires us in real estate to stop looking at our market provincially [that is, locally], and it requires us to start looking at it more globally,” Mr. Jones said.

The pull of North America’s attractiveness is matched by the push away from China’s often speculative market and government ownership limitations. As Ms. Harrington noted, a massive ghost city such as Ordos in Inner Mongolia, with its tenant-less apartment blocks and glistening city infrastructure with not a soul in sight, is the extreme of speculation and heavy-handed ownership policies gone haywire. 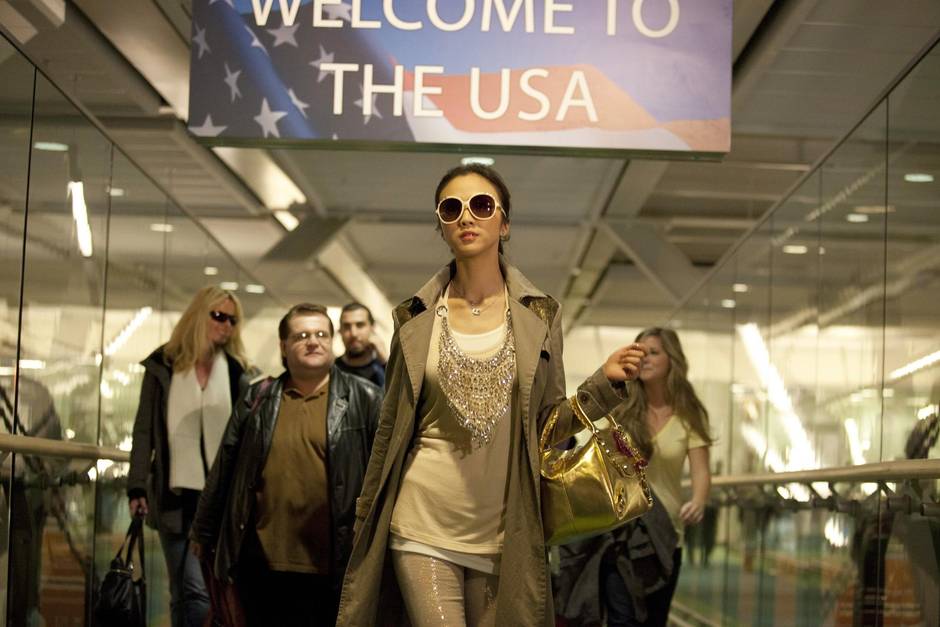 The buying frenzy that followed Beijing Meets Seattle has caused real estate agents to look at property in a global, rather than a local, way, Mr. Jones says. (BDI Films)

“Plus with the fact that prices were getting so insanely high in places like Beijing, Shanghai, Shenzhen and Guangzhou, the government was very concerned about a bubble,” she said, pointing to further uncertainty.

This only makes the North America market more attractive for a wider range of buyers. “We’re starting to see what we would call market segmentation,” she said. “In the first wave, you got really high-end luxury investment from high-net-worth individuals, and then basically student housing: apartments for their kids who were going to school” in North America.

“And then for the commercial real-estate developers, they are being forced to look at second-tier markets because of the lack of available land in the first-tier markets and rising prices in those markets.”