The housing market is doing precisely what policy makers in Ottawa set out to achieve, cooling down without flaming out.

The number of homes that changed hands over the Multiple Listing Service in April was just 3 per cent lower than a year ago on an annual basis, compared with a 15-per-cent drop in March. April's relatively small decline comes on the heels of average declines that topped 13 per cent during the previous five months, noted Royal Bank of Canada economist Robert Hogue.

Economists say the latest data imply that the market is coasting toward the soft landing that Finance Minister Jim Flaherty and Bank of Canada Governor Mark Carney have been seeking. They expect sales this spring to edge upward, but not to return to the blistering pace of early last year.

The signs of a thaw in the Canadian housing market are especially encouraging heading into the all-important spring home-buying season, said Toronto-Dominion Bank economist Sonya Gulati. But she added that she does not expect sales to rebound significantly in coming months.

"There simply is no economic impetus for a full-fledged comeback in the cards," she wrote in a research note. "In turn, the 2013 spring home-buying season should be mediocre at best."

That will be welcome news to policy makers, because a revival of the housing market at this stage could once again raise fears of a bubble, something that Mr. Flaherty has suggested has not occurred so far. In a bid to keep it that way, he coaxed banks into backing off from some ultralow posted five-year mortgage rates in March.

Thirty-year-old Daniel Collins-Forrester had been looking at homes for the past year and bought his first house, a bungalow in Oshawa, Ont., last month. Over the course of the time he was looking, he noticed more buyers actively on the hunt for homes. "There was more competition than I'd thought," he said.

Sales fell in April on a year-over-year basis in about 60 per cent of the local markets that the Canadian Real Estate Association tracks; that was still an improvement from March, when sales declined in more than 90 per cent of local markets.

Home prices as measured by the MLS Home Price Index were up 2.2 per cent from a year earlier, the smallest gain in more than two years. But they are still rising faster than inflation, and prices are at all-time highs, pointed out Bank of Montreal economist Doug Porter. "Despite the very loud gnashing of teeth and excessive wringing of hands for well over a year on the topic, Canadian home prices remain incredibly calm, cool, and collected," he said.

The number of newly listed homes in April came in 0.9-per-cent below March, and the decline in new listings has been a key factor that's kept home prices from full-scale retreat despite the double-digit correction in sales, said Mr. Hogue, the RBC economist.

"The interesting – and often overlooked – development in the past year or so has been the restraint on the supply side of the market," he wrote in a note. "The cooling of the market, in fact, took place on both sides of the equation – buyers and sellers."

And the wider economic situation is unlikely to upset that balance, Bank of Montreal economist Sal Guatieri said. "Unlike the early 1990s experience with double-digit unemployment and mortgage rates, or the more recent U.S. subprime credit debacle, Canadian home owners are under no pressure to sell amid record-low interest rates and relatively low joblessness." 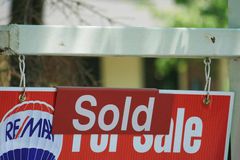 Would shorter amortizations make the housing market safer?
May 14, 2013 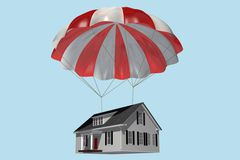 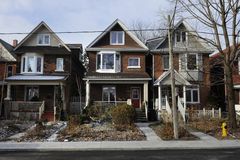 earlier
Q&A: Which Canadian condo market is most at risk?
May 14, 2013
Follow Tara Perkins on Twitter @taraperkins
Report an error Editorial code of conduct
Due to technical reasons, we have temporarily removed commenting from our articles. We hope to have this fixed soon. Thank you for your patience. If you are looking to give feedback on our new site, please send it along to feedback@globeandmail.com. If you want to write a letter to the editor, please forward to letters@globeandmail.com.
Comments