In the summer of 2017, if you walk up to the triangular parcel of land that sits beside the Gardiner Expressway near the foot of Toronto's York Street, you will be able to ride the elevator to the 41st floor.

Just down the hall, enter suite 4110. It's newly constructed and still bereft of furniture, but step onto the plank laminate flooring and take a look. To your left sits the master bedroom; to your right, two smaller bedrooms. Continue through the walkway between them and you'll find yourself in the living and dining area. The suite stretches across 1,305 square feet before you hit the balcony. Step out. Swivel to the south and you can see out over Lake Ontario; pivot right to see the city's downtown core.

The suite at Ten York is currently for sale with an asking price of $922,000, plus $55,000 for a parking spot and a monthly maintenance fee of about $588. But at the moment, it's nothing but air hundreds of feet above a parking lot. And its sale coincides with rising questions this year about just how far the condo market in the country's most populous city will fall.

In 2013, everyone from Finance Minister Jim Flaherty and Bank of Canada Governor Mark Carney to economists – and condo buyers – will be keeping an eye on condos like suite 4110 to see if they sell, for how much, and to whom. The hope is that they will, for a solid amount, and generally to Canadians who want to live in them. The fear is that they won't sell, or only sell at a much lower price, to speculators with no long-term skin in the game.

The fate of condos like suite 4110 will determine whether the highrise market in the country's most populous city is dangling precariously in midair, or has been lifted by strong underlying demand from residents. Policy makers have shown that they stand ready to intervene at any sign of the former.

Construction of the Ten York tower is scheduled to begin about a year from now, with completion slated for 2017. Some economists expect prices in Toronto's condo market to fall by 15 per cent or more in the next couple of years, and few will hazard a guess about what the market will look like in four years. Sales are already dropping significantly, and the rising prices of recent years have vanished.

While other developers got spooked and began putting projects on hold or scaling them back, Tridel, Canada's largest condo builder, decided to plow ahead with Ten York and began selling units in November. Industry players were watching it as a barometer, and in the first month nearly 600 of the 650 units that Tridel released had sold. To developers, that's suggested that the market, which has been on a tear in recent years, still has legs.

"We clearly got a boost of confidence," said Jim Ritchie, a senior vice president at Tridel.

Matthew Slutsky, founder and president of BuzzBuzzHome, a listing of new-construction homes, said his website's numbers are still up, and leads are still being generated, though people are a little more reluctant to sign on the dotted line these days.

"The stuff that has been launching has had pretty strong numbers and interest," he said. "There have literally been lineups around the block for some of these projects."

Stephen Diamond, CEO of developer Diamond Corp., said he's optimistic that in 2013 the market "while slowing down, will remain stable."

But there's no doubt it's slowing. According to Urbanation, a data firm that specializes in tracking the Toronto market, resales of existing condos in the third quarter were down 22 per cent from a year ago. And the market for newly constructed condos has seen even steeper declines: 3,317 new condos sold in the quarter, down 30 per cent from the prior quarter and down 47 per cent from the same period in 2011.

To put things in perspective, the unusually strong sales of 2011 set a record – one that likely marked the market's peak. And, also on the bright side, the steady runup of unsold units ended in the third quarter, with the figure retreating back to 17,182. Prior to that, the number of unsold condos had risen for five straight quarters and topped 18,000.

But it's the cranes in the sky that worry many economists. Urbanation is still tracking about 242,000 condo units that are planned but not yet built in and around the city. If built, those units represent nearly a 20-year supply.

The Bank of Canada highlighted the fears around Toronto's condo market in its December Financial System Review. It specifically pointed to three issues: the large rise in the number of unsold units since early 2011; declining sales and flatter prices, which together signal slowing demand; and the popularity of smaller units over larger units, which suggests that investors are playing a significant role in the market.

A number of industry players point to the lack of space to build detached homes in Toronto, as well as immigration levels, as factors supporting the market in the longer term. Shaun Hildebrand, a Toronto market analyst at Canada Mortgage and Housing Corp., said he expects the market will actually stabilize in 2013, but that the risk of a drop in prices is greater in year the after that, as more of the newly constructed units are made available for sale.

While prices might soften a bit in the first half of the year, that will make condos more affordable and support better sales later in the year, he said. But "the longer term comes with some greater risks," he added, pointing to 2014 and 2015.

Up to this point prices have, by and large, held up. But developers of new buildings have had to offer a plethora of incentives to entice buyers in recent months, from free furniture to waiving maintenance costs for a period. One industry player said they expect that "2013 is going to be the year of incentives and different programs."

Tarik Gidamy, a co-founder of brokerage TheRedPin.com, said that if the last few years were a "green light" market, and the correction of the 1980s was a "red light," then 2013 would be a "yellow light."

"That means that [industry players from] all different sectors, whether they be investors, end users, builders or financiers, should proceed with caution," he said. "I think the major formula here is that if builders start to reduce prices, then we'll start to see that panic and decline." As it stands, he's predicting a minor price correction in 2013.

Barry Fenton, CEO of Lanterra Developments, is still in the midst of marketing The Britt Condos on Bay Street at the site of the former Sutton Place hotel. About 150 units have been released, and of those about 100 sold in 12 weeks at a fairly hefty average price of $825 per square foot. And Lanterra's already got its sights on another big project.

"My assessment for 2013 is actually bullish," Mr. Fenton said.

Mr. Flaherty, who earlier this year said he was worried that developers would keep building record numbers of condos in Toronto right up until the second that demand dries up, will be watching closely to see if Mr. Fenton is right.

Thunder Bay and the challenge of seniority
December 25, 2012 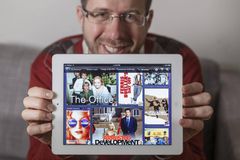