Bank of Canada Governor Stephen Poloz has issued a warning about "unsustainable" speculation in the Toronto region's housing market but says an interest-rate increase is not the solution to the problem.

Mr. Poloz said Wednesday that forces such as immigration and economic growth have justified Toronto's steady rise in house prices in prior years. But with prices jumping by more than 30 per cent recently, "there is a growing role for speculation in that."

"There's no fundamental story that we could tell to justify that kind of inflation rate in housing prices … Demand is being driven more by speculative demand, or investor demand, as opposed to just folks that are buying a house," he told reporters in Ottawa.

In a meeting with municipal leaders gathered from across the Greater Toronto Area on Wednesday, Ontario Premier Kathleen Wynne said she wants to put an end to frenzied bidding wars for listed homes and that she fears the region's housing market could pop overnight.

"I'm really concerned about the sustainability of the kinds of increases that we have been seeing. I think that there is a real risk of a sharp correction that we don't want to see," Ms. Wynne said, addressing 19 mayors gathered at Queen's Park.

"There is a frenzy to what's going on right now that needs to be calmed," she added.

For the past few weeks, Ms. Wynne's Liberals have promised to unveil policies to tackle the overheated housing market. She told municipal leaders her government's response would be ready soon.

The new policies could include changes to local planning rules and financial tools. The leader of Ontario's Progressive Conservative opposition called on the government to cut back on regulations to make it easier to build.

"They have extended the timelines on the planning process left, right and centre to make it much more arduous. You want to find a difficult place to build a new family home? Come to Ontario," Patrick Brown told reporters gathered at the provincial legislature.

The Premier asked the assembled mayors for help getting rid of bottlenecks inhibiting development.

But during his news conference, Mr. Poloz focused on speculation. The Bank of Canada saw a similar disconnect between fundamental demand and price growth in Vancouver more than a year ago, he said, and it was not sustainable. A price that is climbing at more than 30 per cent annually "has divorced itself from any fundamentals that we can identify" and is moving to "an unsustainable zone," he said.

In Vancouver, detached home prices began slipping in the spring of 2016 and fell further after the B.C. government implemented a 15-per-cent tax on foreign buyers in August.

"I think it's time we remind folks that prices of houses can go down as well as up," he said.

Mr. Poloz spoke directly to Canadian home buyers, suggesting they ask themselves, "Why am I buying this house?"

If home owners are buying because they like the house and want to live in it for a "reasonable period of time," then they could weather a 10-per-cent price correction because they wouldn't need to sell or move, he said.

"You can just continue to pay your mortgage and some day it will be back up above the price that you paid, and you wouldn't worry about it much," he said.

"But if you're buying it on spec and you only flip it … then you stand to lose if there is a correction, and maybe a significant amount of money. So that's the kind of risk assessment that these buyers – and their lenders – need to ask."

Mr. Poloz made his remarks after the Bank of Canada issued its latest monetary policy report Wednesday, warning about real estate speculation in the Toronto region. The central bank did not raise interest rates, but signalled that its first rate hike since 2010 could come in 2018 as the Canadian economy continues to grow.

The monetary statement was released the same day as a new report that shows both Toronto and Hamilton recorded 2-per-cent house-price increases in March compared with February, setting a March record for the pace of price growth.

On a national basis, the Teranet-National Bank National Composite House Price Index – which measures monthly price increases in 11 major metropolitan markets in Canada – climbed by 0.9 per cent in March over February, which was also a record March increase.

The gain is primarily attributable to four markets included in the index – Hamilton, Toronto, Victoria and Vancouver – with Hamilton rising most quickly at 2.1 per cent in March, and Toronto gaining 1.8 per cent. Both cities set price-gain records for March.

Bank of Montreal economist Robert Kavcic said the central bank could deter speculation if it made it clearer that it is leaning toward a rate increase soon.

"Raise your hand if you'd speculate on a Toronto property today if the bank's message was that interest rates would be one or two percentage points higher a year from now," he said.

Benjamin Tal, deputy chief economist at CIBC World Markets Inc., said he is glad Mr. Poloz is acknowledging there is speculation behind the huge price gains in Toronto because it is "adding fuel to this fire."

Interest rates have been low for so long that lowering them further has limited impact, he said, but there is a generation of Canadians that has never experienced high – or even rising – interest rates, and would respond strongly if they started to climb.

But Mr. Poloz appeared to dismiss the idea of raising interest rates as a way to cool real estate prices in Toronto, saying a modest increase – or even a relatively large increase of several percentage points – would not deter a speculator who believes a house will be worth 20 per cent more in a year.

"Interest rates are not what is fuelling that speculation," he told reporters. 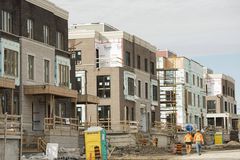 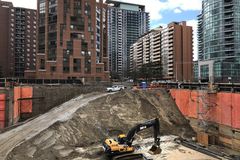 Canada at risk of housing correction, Moody’s warns
April 11, 2017
Follow Janet McFarland and Justin Giovannetti on Twitter @JMcFarlandGlobe @justincgio
Report an error Editorial code of conduct
Due to technical reasons, we have temporarily removed commenting from our articles. We hope to have this fixed soon. Thank you for your patience. If you are looking to give feedback on our new site, please send it along to feedback@globeandmail.com. If you want to write a letter to the editor, please forward to letters@globeandmail.com.
Comments