Home prices in most major housing markets in the country are overvalued, with Toronto and some Western cities facing a high risk of a correction, Canada's federal housing agency warned.

In a new quarterly forecast on the housing market, Canada Mortgage and Housing Corp. said it saw scant evidence of serious problems in the Canadian housing market over all, but warned that home prices are now outstripping economic fundamentals in 11 out of 15 major markets and that four cities – Toronto, Winnipeg, Regina and now Saskatoon – face serious headwinds because of high prices and a surge in the supply of new homes under construction.

CMHC previously warned in August that the housing market in the Greater Toronto Area was at "high risk" for a correction amid soaring home prices that have outstripped income growth, along with a glut of unsold condos. Since then, resale prices, particularly of single-detached homes, have continued to soar at double-digit annual rates. At the same time, the region is also faced with high levels of unsold, newly built condos, although the number of units under construction has fallen from earlier in the year and now appears to be manageable, the housing agency said.

The forces that are putting pressure on housing markets are different across the country. In markets like Calgary, Regina and Winnipeg, home prices have fallen, but CMHC warned that economic fundamentals such as job and income growth have weakened substantially, raising the spectre that home prices have further to fall. For the first time, Saskatoon was added to the list of markets at high risk of correction, with CMHC warning that builders are still adding too much new supply to the market.

"In places like Regina, Saskatoon [and] Calgary, we see overvaluation not because prices are increasing at a particularly fast pace, but because we're seeing more weakness in the underlying fundamentals that support prices," CMHC chief economist Bob Dugan said.

In Toronto and Vancouver, resale home prices have seen double-digit annual growth rates, driven by strong demand for high-end detached homes that has pushed up prices faster than incomes. The two cities have come to dominate the national home price numbers, with soaring values of expensive homes prompting concerns that the markets are being driven by an influx of foreign real estate investment.

While CMHC has conducted surveys to gauge the level of foreign buyers in the condo markets, Mr. Dugan acknowledged that the federal housing agency lacks clear data on the extent of offshore investment in the market for detached houses. "That is a data gap that has to be solved," he said. "CMHC is trying, in partnership with other people, to see if there are other things we can do to get more information, but for now that is a data gap that we just have to acknowledge exists."

While Vancouver has experienced the strongest price growth of any major market – resale prices are up 14 per cent this year – CMHC considers the city's housing market to be at low risk of a correction. Rising numbers of new listings, along with a spate of new construction this year, are starting to reduce the supply shortages that has been fuelling strong price growth in Vancouver this year.

Mr. Dugan defended CMHC against skeptics who have questioned the agency's take on the Vancouver market, where the average price of detached houses in the city tops $2-million. Toronto "is a big market and we didn't hesitate to call it high-risk when we thought it was appropriate," he said. "So in that respect I think we're willing to make the call when we see the evidence."

CMHC did warn of "moderate evidence" that Vancouver's housing market is becoming overvalued, but said home price growth appeared to be a more recent phenomenon compared with high-risk markets like Toronto. The benchmark resale home price has risen less than 6 per cent in the past three years in the Greater Vancouver Area, but has shot up nearly 25 per cent in the Greater Toronto region.

Mr. Dugan called CMHC's quarterly risk-assessment report an "early warning system" designed to spot problems in the market before they become serious, so that builders, lenders and home buyers can adjust their behaviour. "We're not saying the market is going to crash and prices are going to correct," he said.

To study the risk of a house price correction, CMHC considers four factors: demand for homes that outstrips supply; prices that begin rising at a faster rate; home prices that seem overvalued compared with economic fundamentals; and whether strong demand and price growth prompt developers to build too many new homes. It has found that combinations of these factors have led to a spike in claims for its mortgage default insurance. 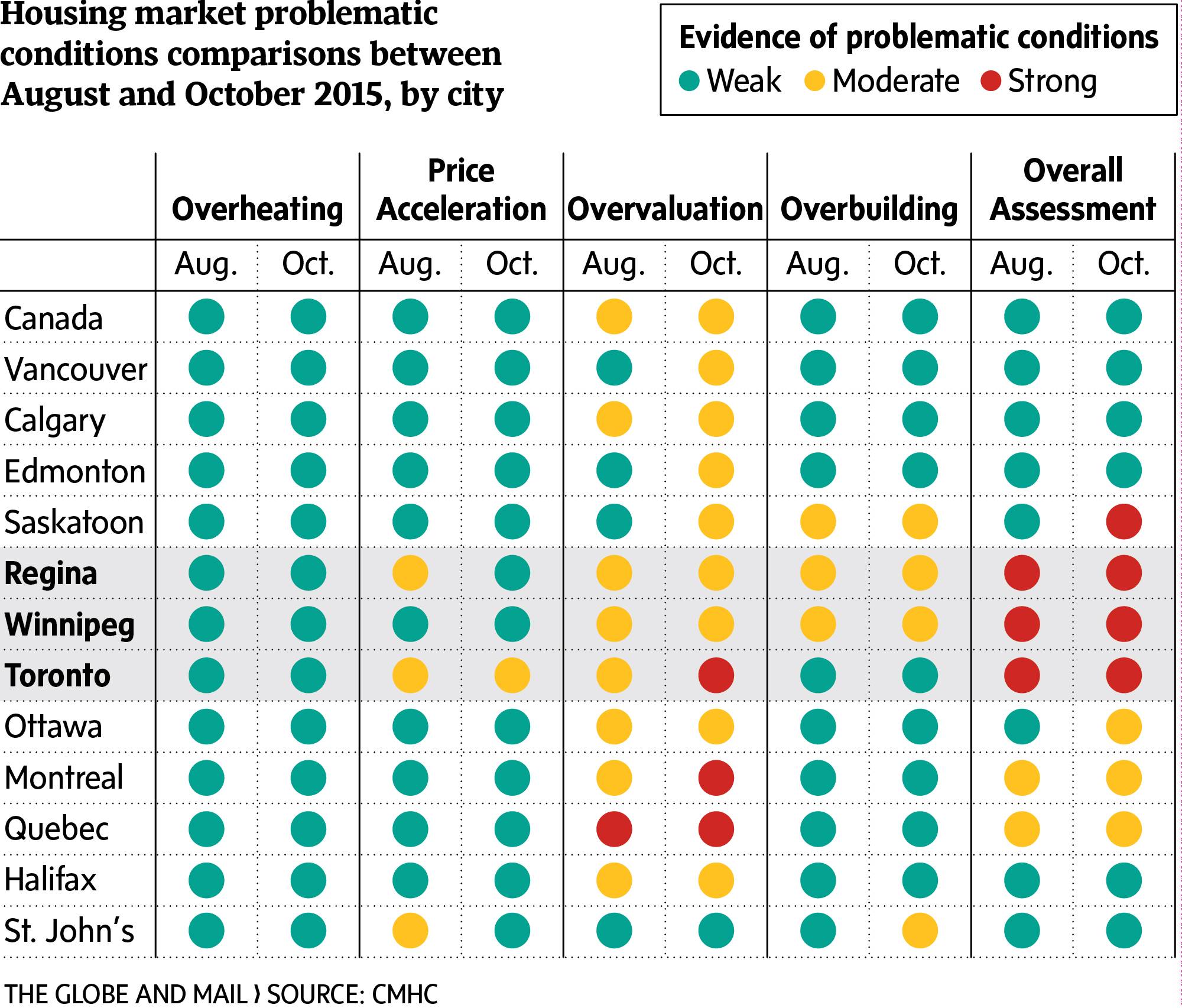 Unsold condos in Toronto not a sign of bubble about to pop: economist
October 26, 2015 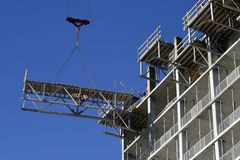