This is the ninth in a series of stories on global property that examines the shifts and trends in the housing market on the international stage.

The ranks of the super-rich are swelling, but nowhere faster than in Asia. Ultra-high-net-worth individuals, classified as having a net worth of more than $30-million (U.S.) each, are snapping up properties all over the world.

The average starting price for a luxury home around the globe is $2-million. Beverly Hills, where luxury begins at $8-million, has the highest price entry point.

"Ultra-high-net-worth individuals are looking to diversify their portfolios into different asset groups, one of which is luxury real estate," Dan Conn, chief executive officer of Christie's International Real Estate, said in an interview from his New York office.

"They're looking for a safe place to invest at a reasonable rate of return. That leads to global economic hubs. … Asian money in the real-estate context is also attracted to places where there are great schools for their children, and that doesn't have to be an economic hub; it could be any big city in Canada or anywhere else in the world. It could be a suburb. Princeton is in a suburb, and it's one of the best schools in the world. It attracts offshore buyers."

Just as some ultra-rich buy masterpieces of art or exquisite jewels, an emerging trend in the luxury market is the "trophy home." The ultra-high end of the real estate market established new benchmarks for price in 2014, with buyers buoyed by the global economic recovery and soaring stock market prices. Five properties around the world changed hands for more than $100-million.

"The trophy home is becoming effectively a collectible asset class," Mr. Conn says. "In the same way people may buy a Picasso, those same buyers are now buying some of those trophy properties. Trophy is the new buzzword in luxury real estate."

Asia had the highest growth rate in its super-rich population last year, increasing by 3.5 per cent compared with the global average of 3.1 per cent, according to the 2015 Wealth Report by Knight Frank, an international property consultancy. Real estate is increasingly seen as a mainstream investment class, accounting for 38 per cent of an investment portfolio on average among the ultra-wealthy in Asia.

Asia's ultra-wealthy population will surpass that of North America in the next 10 years by 11 per cent. The especially affluent in Asia hold more in total wealth than those in North America, with net assets of $5.9-trillion and $5.5-trillion respectively. The super-rich in China and Hong Kong own the most number of homes, at 4.7 and 4.6 respectively, compared with the global average of three.

Australia, he notes, is becoming increasingly attractive to Asian buyers, with its lifestyle, safe-haven status and educational institutions. Since the "significant investment" visa was introduced in 2012, 90 per cent of its applicants have come from China.

The surge of migrating Chinese is affecting property prices worldwide, leading to the rise of secondary luxury markets. Knight Frank estimates that 76,200 Chinese millionaires emigrated or acquired alternative citizenship over the 10 years up to 2013. In the first nine months of 2014, 44 per cent of applicants for Britain's Tier-1 investment visa were from China.

"The most popular residential investment destination amongst Asian investors would be London, Sydney, and New York based on various reports and analyses of real estate agencies in Asia," says Excell Chua, business development director of PropertyGuru Singapore.

"They invest in these key cities as they're deemed to be safe haven and have a historical trend of good capital appreciation."

"However, we're also seeing a trend amongst Asians investing in secondary cities like Melbourne, Manchester, Boston and Chicago, because the key cities tend to be overpriced and produce low rental yields. So for some Asian investors with an appetite for risks and high returns, they would go for these secondary cities."

Another area that's becoming more attractive to younger affluent buyers who have been priced out of traditional luxury areas is Kowloon Island, Christie's reports.

Ms. Chua notes that motivating factors behind property investments vary depending on which part of Asia the investors come from. For example, she says it's no wonder that Singapore overtook China last year as the top source of Asian outbound real-estate investment, despite China having a much larger population.

"Singaporeans' drive to invest abroad is due to the fact that local properties are deemed expensive and risky," she says. "The situation got more intense when the government introduced a series of cooling measures in 2013."

Paris to fashion housing from empty offices as part of renewal plan
May 26, 2015
Keen to own a piece of Berlin? Choose from shabby or upmarket chic
May 4, 2015
Empty homes, foreign buyers fuel resentment in London
April 20, 2015 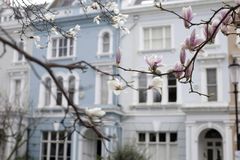 Tall towers invade Central London – city grows up instead of out
April 27, 2015 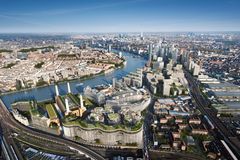 Canadian investors take Manhattan
April 13, 2015
Follow us on Twitter @globeandmail Opens in a new window
Report an error Editorial code of conduct
Due to technical reasons, we have temporarily removed commenting from our articles. We hope to have this fixed soon. Thank you for your patience. If you are looking to give feedback on our new site, please send it along to feedback@globeandmail.com. If you want to write a letter to the editor, please forward to letters@globeandmail.com.
Comments