Soaring real estate prices have been the equivalent of winning the lottery for thousands of people who own single-family detached homes in Vancouver.

The average price of new and existing detached houses sold within the city of Vancouver has topped $1.9-million. An eye-popping projection by Vancouver City Savings Credit Union calls for the average detached price within Vancouver's city limits to skyrocket to $4.4-million in 2030, if pricing trends of recent years continue unabated.

Real estate industry officials say the price projection is theoretical and fantastical, but Vancity said its outlook is meant to sound the alarm on an already expensive market becoming even more mind-boggling.

A decade ago, housing experts would have been incredulous at what has transpired. The average price for new and existing detached properties sold within the city of Vancouver reached $1,914,069 last year, up 173 per cent from $701,094 in 2005, according to data released by Vancity to The Globe and Mail.

Royal LePage real estate agent Karin Morris got a first-hand look at the frenzied market during a recent two-hour open house in the upscale Point Grey neighbourhood on Vancouver's west side. A professional couple paid $488,000 for the detached home in 2000.

The couple, who now live in California, kept the home as an investment until listing it at 3 p.m. on March 25. An offer emerged two hours later at their asking price of $2.288-million.

But the couple, in an interview Saturday outside the home during their visit to Vancouver, recalled how patience would be a virtue.

During the open house on March 29, Ms. Morris exhausted all of the 28 feature sheets she printed in anticipation of a typical turnout. By the end of the afternoon, more than 100 people toured the 52-year-old bungalow.

Ms. Morris began accepting bids one day after the open house, attracting 15 offers – none of them subject to financing.

"It has gone berserk," she said. "Four of the offers were really close."

The winning bid turned out to be $2.48-million, or nearly $2-million higher than the selling price 15 years ago. The house sold for $192,000 above the asking price of $2.288-million. The number eight, considered lucky in Chinese culture, is a common sight in Vancouver in real estate pricing for listings and sales.

Clamouring over the modest bungalow is just the latest example of bidding wars breaking out amid surging demand for detached homes.

The Point Grey buyers are a family from China, said their agent, Shino Zhang of Pacific Place-Arc Realty Ltd. Through their agent, the purchasers asked not to be identified.

Darcy McLeod, president of the Real Estate Board of Greater Vancouver, plays down the impact of offshore buyers, saying such sales tend to be focused on higher-end listings on Vancouver's west side. "It doesn't apply to every neighbourhood," he said.

Low mortgage rates, a limited land base and new residents moving to B.C. from overseas and other provinces all contribute to the housing boom. "It creates the perfect storm for a bit of a frenzy for home buyers," Mr. McLeod said.

The bungalow sellers, who asked not to be named, are thrilled at their good fortune after renting out the house since 2000. They originally had thoughts of retiring in Vancouver because the husband is Canadian, but their careers took them to California, where they have set down roots.

"We were, frankly, staggered at the response our house generated," the American wife said in an e-mail.

The 2,164-square-foot home is in good condition, but is a tear-down candidate by Vancouver standards because it could be replaced with a larger new house. The main attraction in the listing is the majestic view through the front window of the mountains and downtown skyline.

The buyers' intent for now is to keep the home. The house itself was assessed at only $35,800 last July, while the land value was pegged at slightly above $2-million. Assessed land values, however, are quickly outdated due to the booming housing market.

In Greater Vancouver, including suburbs such as Richmond and Burnaby, the average price for resale detached homes set a record last month of more than $1.4-million, up 16.2 per cent from March, 2014. Properties don't sit long on the market. It took an average of 33 days to sell an existing detached home in March, compared with 42 days in the same month in 2014.

Canada's most expensive housing market has become a city of real estate millionaires.

A study by Andrew Yan, an urban planner with Bing Thom Architects, found that 66 per cent of the nearly 68,600 detached properties within the city of Vancouver were conservatively assessed at $1-million or higher last July.

Many younger consumers are looking at resale condos, which had an average price of $465,225 last month in Greater Vancouver.

"First-time buyers are going to have to accept smaller spaces and take advantage of outdoor public amenities," said Andy Broderick, Vancity's vice-president of community investment. "It's going to get tougher and tougher."

Greater Vancouver’s housing market is on the rise
April 2, 2015 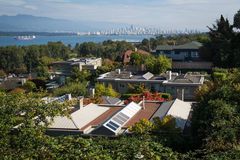 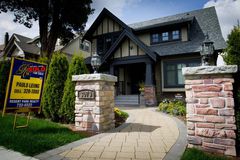 Has your home been fraudulently overpriced?
April 6, 2015 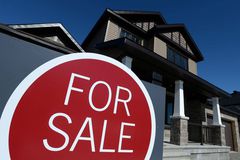 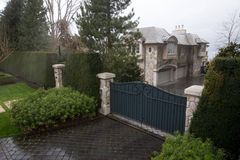