Although it has long been a key orientation point in Toronto’s urban grid, and the site of an important crossing of subway lines, the intersection of Bloor and Yonge streets has also been, until now, pretty mean.

On the northern corners stand a couple of utterly undistinguished high-rise office buildings. Also framing the intersection, to the north, is the dreary concrete hulk of Hudson’s Bay Co. Before its demolition earlier this year – a move opposed by architectural preservationists for reasons that escape me – Stollery’s, a low-rise menswear store occupied the southwest corner with indifference. 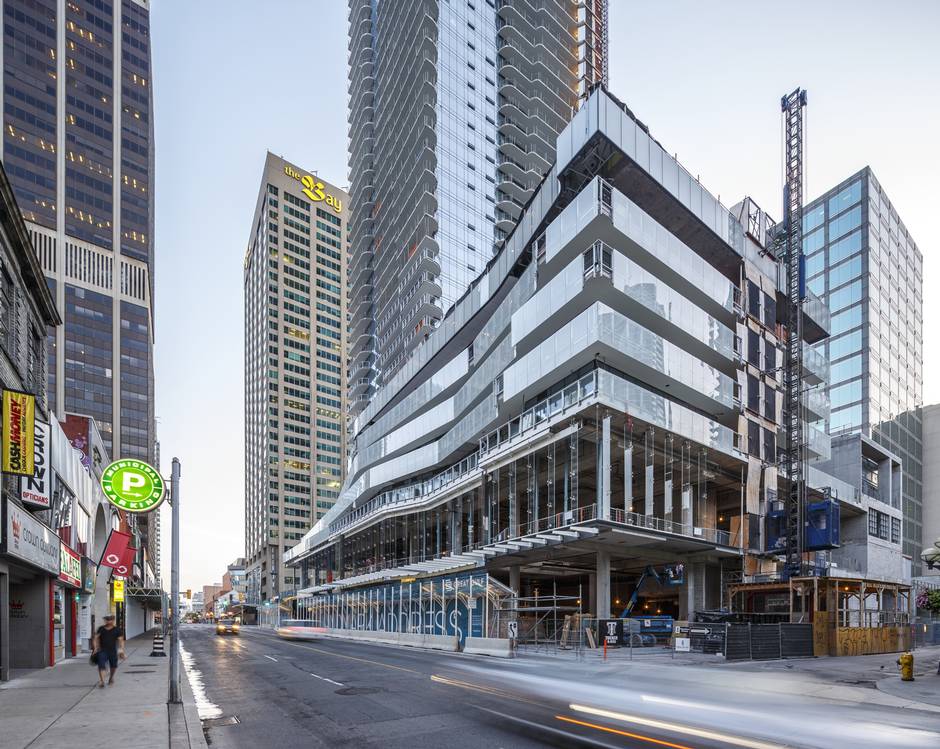 On the southeast angle, there used to be a shabby, two-storey warren of cheap shops, nail parlours, noodle outlets and such. If, at some point before the recent past, you wondered why Toronto got nicknamed Hogtown, the architectural wallow at the Yonge-Bloor crossroads would have given you a broad hint.

The fortunes of the place began to brighten, however, as the city’s residential real estate boom rolled forward. In 2005, a sleek 60-storey skyscraper was proposed for the southeast corner by the Toronto firm of Young and Wright. Then, the property was flipped and the new owner, Bazis International, chose architect Rosario Varacalli to design an 80-storey shopping and housing complex for the site. But before spadework on Mr. Varacalli’s scheme started, Bazis ran into financial difficulties, and eventually sold its interest to a consortium that included Great Gulf Homes. In the spring of 2010, Great Gulf unveiled its own plan : a tall residential tower with shopping at the base, to be crafted by David Pontarini, principal in Toronto’s Hariri Pontarini Architects. Of the (at least) three ideas put forward to fill the spot, Mr. Pontarini’s was the one that would be built. 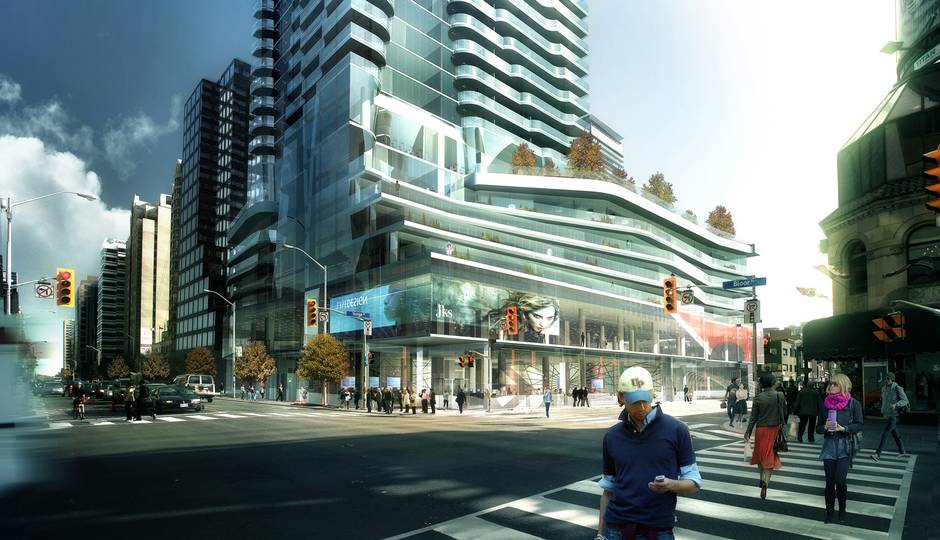 Since doing a column about this project five years ago, I have been watching its gradual emergence from a vast hole in the ground, and its steady ascent toward a full height of 76 storeys, now almost reached. Location alone makes the building significant and the plans looked promising. Now that this high-rise is nearly finished, it’s time to ask: Has the structure lived up to the renderings Mr. Pontarini’s office produced in 2010?

It has, as I discovered one hot afternoon last week – and then some. 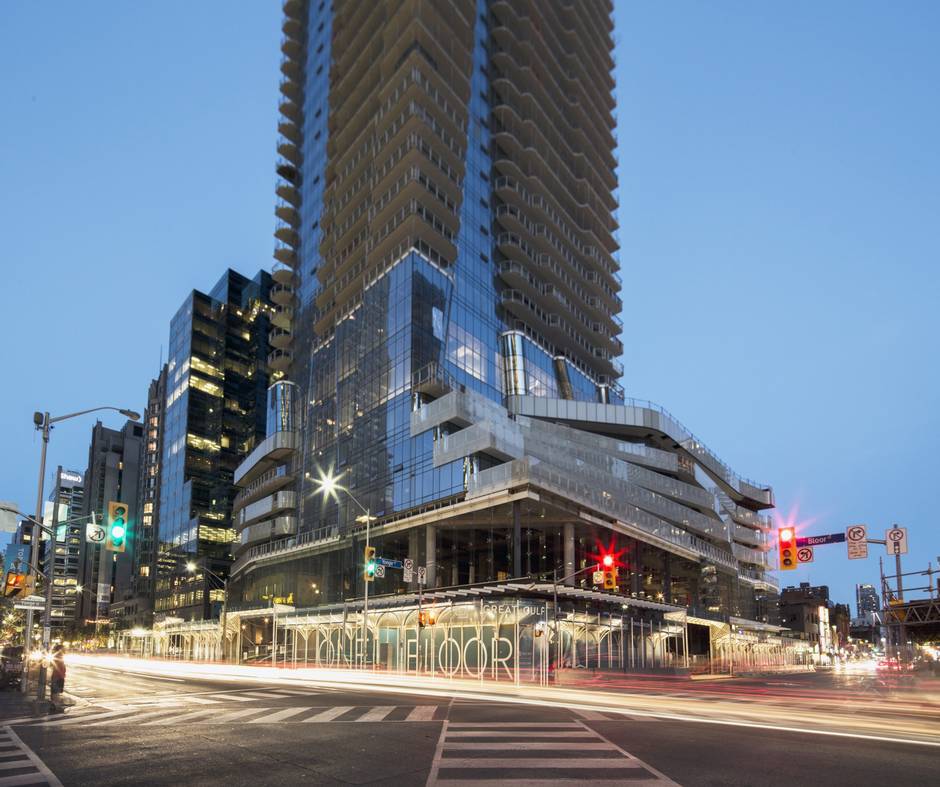 According to the drawings, the Bloor and Yonge façades of the steel-framed tower were to rise from the base in broad, flat curves, undulating vertical rivers of glass and balconies. Instead of being tailored in the straight-ahead, mechanically regular fashion of most high-rises, the sculpted surfaces were to flow rhythmically, expressively between top and bottom. Last week, I found that, in the almost-completed product, they do just that. In fact, the skins of the tower shaft are showing more swing and muscular lilt than I thought they would.

Writing in 2010, I was not enthusiastic about the base. It struck me as too small a bottom for so large a building, and a rather dispirited way for the structure to hit the ground. It wasn’t extraordinary, and it should have been. “Mr. Pontarini’s podium could be put anywhere in the downtown core,” I observed. “It’s just not special enough.” 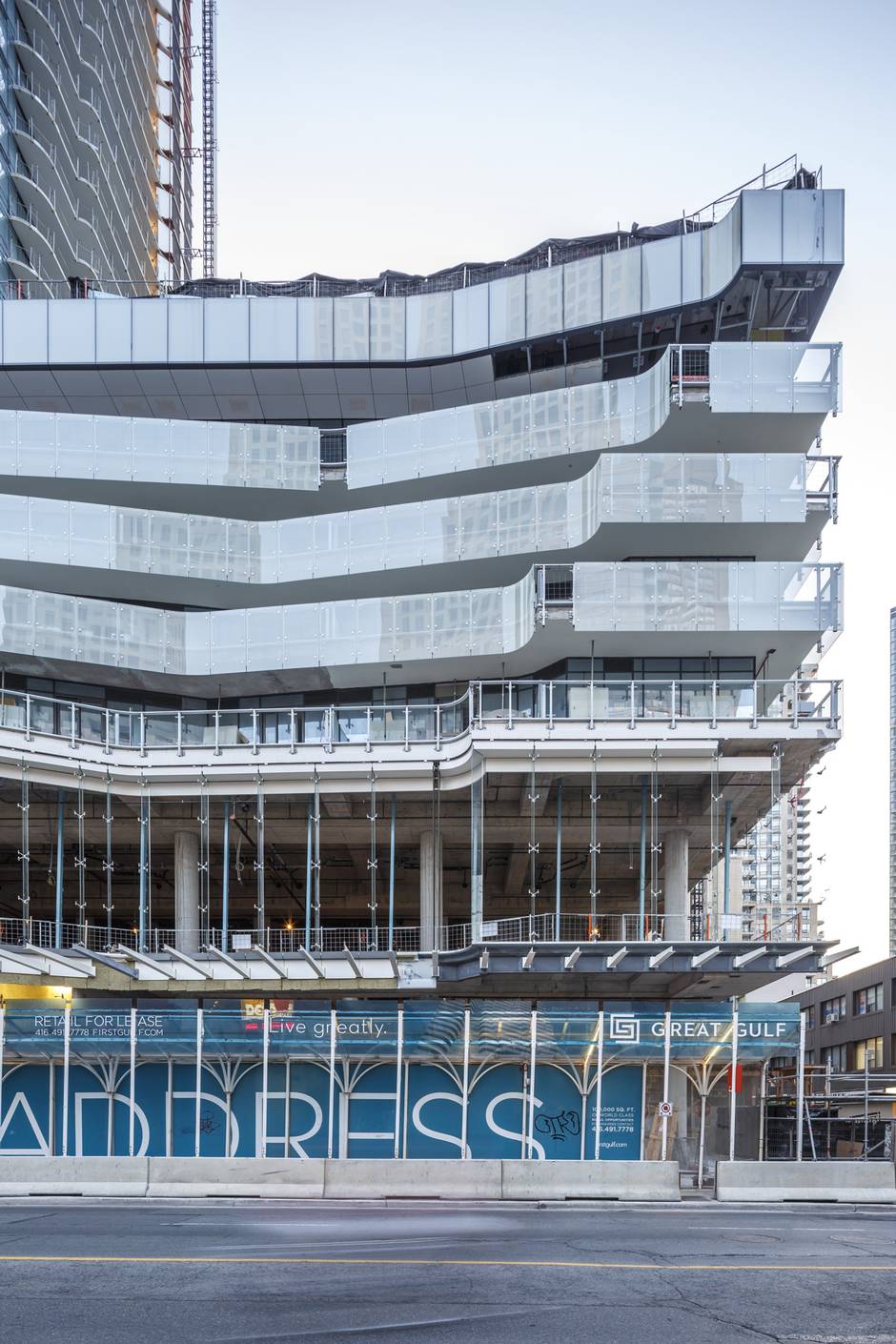 I was wrong. The real, built-out base – as opposed to the impression left by the renderings – is robust, dramatic, briskly urbane. Above the levels of the street-side shops, the architect engages the eye of the passerby with a sophisticated game of raking angles and fluid volumes that says: This is it – the centre of a young, various metropolis.

Tall buildings can sum up cities in this way. Because they are large and conspicuous, they can operate at a metropolitan scale, projecting in their material design the energy and complexity of big-city life. Mr. Pontarini’s skyscraper at the corner of Bloor and Yonge – it has about it, especially down below, the spontaneity of a pencil sketch – is surely not the only kind of big residential structure Toronto needs. But a little flamboyance is quite appropriate at this place where major streets, transit routes and lines of force in the urban imaginary intersect. 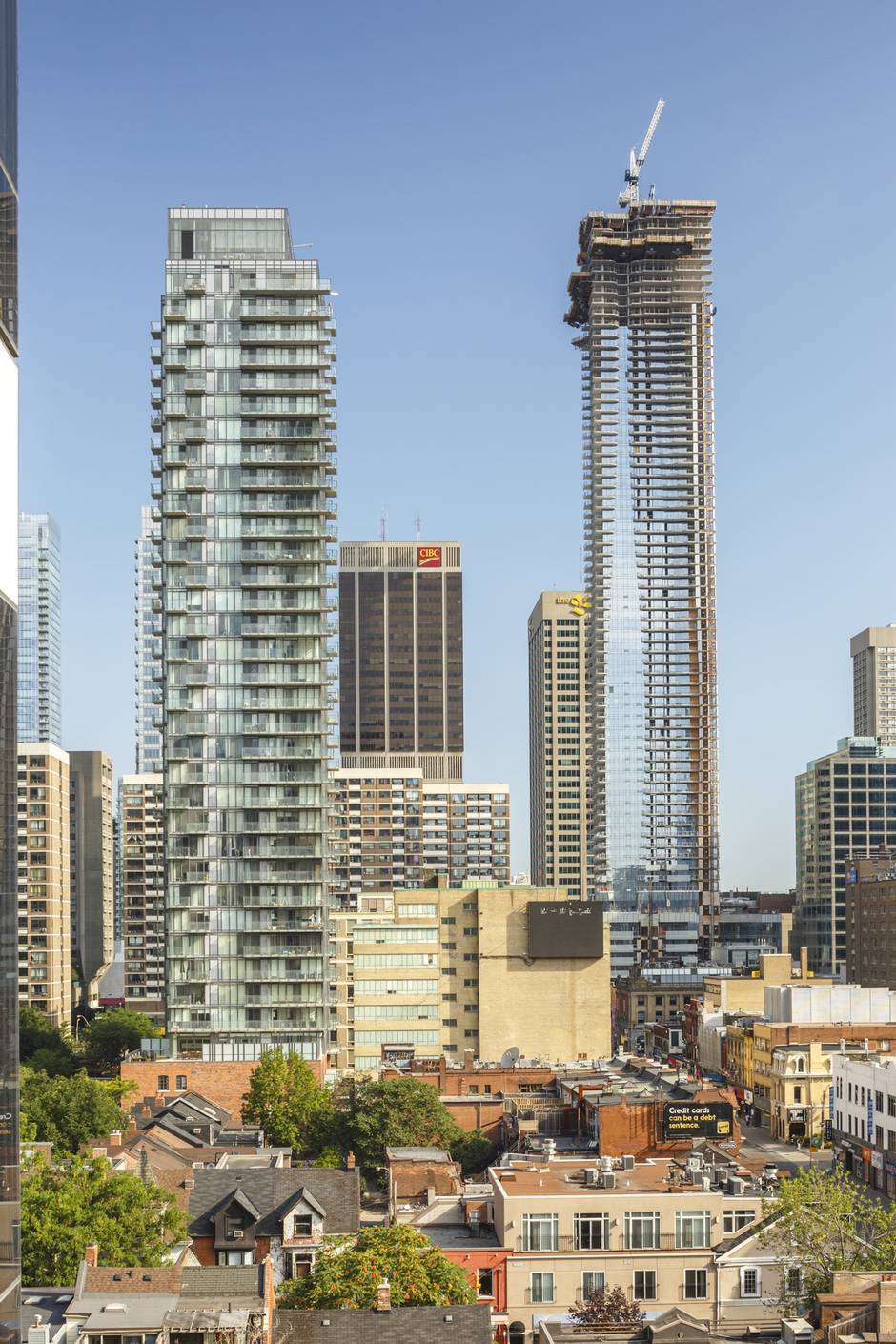