The Hungarian Kuvasz breed is known for its suspicion of strangers and this one was scanning the crowd for a glimpse of Mr. Powell on the grounds of Chelster Hall in Oakville, Ont.

"They're fiercely protective of their masters," explained Mr. Powell, who adopted the abandoned dog from the Oakville Humane Society. He described how the breed was nearly wiped out in Hungary during the Second World War because the dogs were so intensely loyal to their masters that they were often shot by the German and Soviet soldiers who encountered them.

Mr. Powell is known as an animal benefactor and connoisseur of history; he is also renowned as a retired beer-industry magnate and the proprietor of what may be the largest dwelling in Canada.

On this occasion, he was hosting a fundraiser for the Oakville Chamber Orchestra. The event, held on a recent Saturday, marked a rare opportunity for town folk to visit the legendary estate.

"Because we've lived a very private, quiet life, this is only the second time we've had the gates open," Mr. Powell said.

During a stroll of the grounds, he explained the dwelling's English heritage, his reasons for building such a significant family home, and the legacy that he hopes will endure long into the future.

"If you look around you, anywhere in North America, after 50 years it's to the trash," he said of the constant razing of houses.

"We thought, surely there's a better way – built to last instead of to be trashed."

Mr. Powell's own roots are in India, where he was born in 1945, and England, where he was educated at Charterhouse School. He emigrated to Canada in 1971.

Mr. Powell was president of Labatt Brewing in 1995 when giant Interbrew SA of Belgium purchased the Canadian company. In 1999, he was promoted to chief executive officer at Interbrew and relocated to Belgium from Mississauga.

At the time, Mr. Powell and his wife Tracy had a young daughter and it was for her sake that they began to think about building a house in Canada.

Mr. Powell's sister is an educator, he explained, and she recommended sending four-year-old Britany to an all-girls school. The Powells decided on St. Mildred's-Lightbourn in Oakville.

"It was huge news. It went around the globe," Mr. Invidiata says of the vast project.

Meanwhile, from his post in Belgium, Mr. Powell had embarked on an ambitious plan to expand Interbrew's beer empire.

During that time, the British press seized on all opportunities to describe the acquisitive Mr. Powell's business dealings in terms of frothing, foaming and causing a fizz.

Perhaps it doesn't seem surprising then that Mr. Powell was undaunted by the prospect of seeking planning permission in Oakville for a waterfront house that would measure 54,000 square feet.

"It took three parcels – only one of which was for sale," Mr. Powell recalled.

As he looked toward the back of the multimillion-dollar house from a spot close to the water's edge, he explained that his inspiration came from Norfolk in the east of England. There, Blickling Hall was operated by the National Trust and open to the public. The stately home was once owned by Sir Thomas Boleyn, whose daughter Anne Boleyn would become the ill-fated second wife of Henry VIII.

Mr. Powell visited Blickling often when he was in England and his admiration was so strong that he hired architect William Hicks to design a grand house inspired by the English manor.

Along the way, Mr. Powell also consulted with the neighbours as he sought permission from the town planners. He agreed to decrease the size of the dwelling to approximately 47,000 square feet. One set of neighbours wanted him to cut down a tree that blocked their light; another wanted him to plant three trees to create more privacy.

Still, some residents were opposed to the scale of the estate. Those who were in favour decided they would prefer one large house to a newly built subdivision.

At the final public meeting, said Mr. Powell, his immediate neighbours spoke out in support of the project.

"We listened hard. That's why they all stood up and said, 'We would like to have it.'"

Along the way, Mr. Powell retired from Interbrew in 2002. In 2006 the house was completed.

As he recalled the lengthy undertaking, the musical ensemble played Vivaldi for the guests mingling on the lawns. Some wandered off to look at the lakeside pavilion, the tennis court and the chapel. A brown rabbit dashed from one side of the garden to the other.

Turning back to the house, Mr. Powell paused to study the rear elevation, which shows the Dutch gables, columns and curving ornamentation characteristic of Jacobean architecture.

He believes each owner of a classic house thinks of future occupants, as well as the current residents.

Future owners may make cosmetic changes to the interior, but he doesn't expect the exterior will be changed in any substantial way.

"I think the fundamentals are done well."

People always ask him the measure of the house in square feet; Mr. Powell says he doesn't know and couldn't care less. The height of the ceilings and the proportion of the rooms is key.

As many families do, the Powells congregate in the kitchen and family room.

Mr. Powell also has a two-storey library containing his collection of 3,000-odd books. A circular staircase connects the two levels.

The hall in particular has tremendous detail, he said, and required very specialized workmanship.

The spherical ceiling of the hall was so difficult to complete that the three craftsmen had to tear it out again and again.

"Three times it wasn't right and they had to redo it."

Many of the upstairs rooms are used to display the treasures amassed during a lifetime. Mr. Powell had his photo taken with Fidel Castro; he recalls the occasion as a "great treat." Ms. Powell has medals she earned as a competitive swimmer.

"We had families where all this went into drawers," he said of their respective childhood memorabilia. "To us, this allows it to live."

Nearly all of the materials used to build the house were found in Canada and the workers were local.

But the scope of the project was so large, it had to be divided up into many phases.

"It scared the small, entrepreneurial people away."

As Mr. Powell talked about the importance the house might have for Oakville's citizens, two of them walked by.

"Hi – we're your neighbours!" called out the female half of a couple as the pair made their way from the waterfront pavilion back toward the main house. Throughout the afternoon, politicians, business mavens and town residents paid their respects.

Mr. Powell affably allows that the citizens of Oakville appear to be deeply curious about what lies beyond the gatehouse. That's why he has placed two plaques outside the gates.

One explains that Chelster Hall is named for the family's two golden retrievers, Lady Chelsea and Manchester. The other explains that the chapel on the property is devoted to the patron saint of animals, St. Francis of Assisi.

The chapel is a place for private prayer and silent reverie.

"It's a special place. It's very simple," said Mr. Powell.

He explained that every house of consequence had a chapel in Norfolk, where the wool trade made many people wealthy.

"Any merchant who did well built a church."

He described how the sun rises above the water at dawn and illuminates the chapel.

He has yet to meet a person who has not been moved by the sound of music inside it, he said.

"As soon as people get back here, they feel how special it is."

To demonstrate, he turned on the sound and the interior filled with the sound of pipes and drums.

He hopes the estate will still be standing in 200 years.

"We see this building as a legacy to the community. It was wonderful to be able to do it."

Home of the Week: A view of the treetops, high above Toronto’s Humber River
June 28, 2012 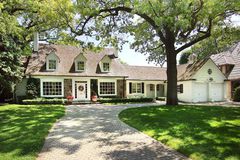 Home of the Week: The feel of a cottage retreat in Toronto’s Beaches
June 20, 2012 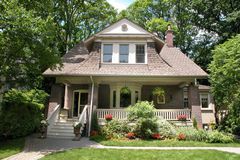