When trying to gauge the direction of our city's growth, simply follow the aroma of coffee.

There is no better telltale clue for upcoming growth than the arrival of the dedicated coffee shop, the sort of place where young professionals set up their laptop work stations for the day.

It starts with the arrival of a brave independent coffee shop, followed by another trendsetter like JJ Bean, and by the time Starbucks arrives, the neighbourhood is in full-blown growth mode.

"Starbucks requires a certain density for it to come into a neighbourhood," says Bing Thom Architects analyst Andy Yan.

Mr. Yan is the urban planner who found data that shows around one-quarter of condo units in Coal Harbour are empty. Now he's mapped out all the chain and independent coffee bars according to City of Vancouver business permit information and plotted their locations with colour-coded dots. While at Matchstick Coffee, at Kingsway and Fraser, he zoomed in and out of neighbourhoods around Vancouver on a map he'd created, displayed on his tablet. Downtown, there is a mass of green dots for all the Starbucks shops, but less than a dozen outside downtown, according to Mr. Yan.

On the west side of the city, there are surprisingly few coffee bars. There are major gaps between Mr. Yan's dots. But the west side is lacking in density and flow, the two requirements for a thriving community, and coffee bars. It's this lack of flow that some have blamed for creating a city that is not connected, or is generally unfriendly. We move from A to B with little interactivity when there's no flow. If you live in a penthouse in Coal Harbour, for example, you probably take the elevator to your car and drive to the store, unlike the person in Strathcona who'll walk to their little coffee shop.

You've got two types of coffee bars, the leading and the lagging groups. Starbucks and Tim Hortons are lagging because they need density. Shops like JJ Bean, Bean Around the World and especially the independents are leaders because they seem willing to go into unproven, marginal areas that are showing glimmers of being on the upswing.

Tim Hortons is a lagging group that often depends on transit hubs, the way Starbucks does.

"We are not necessarily a Tim Hortons kind of town," says Mr. Yan, even though there are an estimated 26 stores around Vancouver. By comparison, there are something in the order of 85 Starbucks. Then there's Waves, a bit of an outlier. They seem able to survive anything.

"They were one of the first ones in the Downtown Eastside. They are the barnacle survivor in a really hostile urban environment."

So, if you want to gauge the growth of your neighbourhood, check out the coffee bars. Fraser is obviously at the start of an upswing, with the arrival of hipster hangout Matchstick down the street from Les Faux Bourgeois restaurant, which was first to set the tone for the Kingsway and Fraser hub. It's no accident that the adult sex shop across the street has now been replaced with a doggy supplies shop. Then, further up Fraser at 27th Avenue, JJ Bean recently arrived, and at 29th Avenue there is a Starbucks. Those coffee shops are around the new condo developments.

I had coffee with Mr. Wozny at a Take 5 Café in Gastown, an area that happens to have every sort of coffee shop on Mr. Yan's map within a three-block radius – a sure sign of density and flow.

"Starbucks are powerful enough to say, 'Why bother doing all this business of getting a store up and running without a guaranteed large market?' " says Mr. Wozny. "So they only go into the best locations, whereas a local store has a much lower overhead and they can go into a marginal location."

Mr. Yan's coffee shop map shows us that Vancouver's growth is entirely eastward. It's way more urban than the west side, and already has the majority of the city's most interesting restaurants and shops. Mr. Wozny said that because the west side is buttressed by water, it will never be conducive to true growth.

If growth occurs organically, like at that little Kingsway-Fraser hub, it has the effect of re-knitting the community, says Mr. Yan.

"This is the essence of great city building and what it's about. It's not about streets and houses, it's about people, and a level of community commerce. And getting out and meeting people and interacting with them. It breaks down the zombie aspect of the city," says Mr. Yan.

We took a short walk east on Kingsway and discovered Room for Cream, a brave leader that's set to entice growth eastward, in that challenging frontier that is the automotive repair strip. The newcomers, a pair of former Starbucks employees, were too late to join the Kingsway-Fraser hub because rents have already increased. So, they chose a location a couple of blocks away, which is far enough to make it a challenge. There's little foot traffic on a street that consists of an automotive repair shop, a car rental lot and an ICBC claim centre. The blocks are longer than elsewhere in the city, there are few traffic lights to slow the traffic, and the sidewalks appear an afterthought.

But owners Lawrence Tsai and Yehuda Sandler are aiming to pull customers to the area by joining the community full on, buying all their supplies and baked goods from the area and making customer service their priority. After a year in business, they already see their influence has created a healthier, happier neighbourhood. Because there is more foot traffic around, there are far fewer prostitutes. On the ground, there are fewer needles. About 40 per cent of their business is nearby auto workers, and Mr. Tsai is making a point of knowing their names.

"When we went looking for a place, we wanted somewhere that was lacking. We are pretty much right in the middle of nowhere," says Mr. Tsai. "But you are starting to see the change. We are the trend leader, and it's definitely a lot harder. We have to break people's habits so they come here."

Now, if the city would install a traffic light, they might see a reduction in traffic accidents and pedestrians who routinely risk jaywalking. If the city would also install garbage cans, they wouldn't have to spend part of their day cleaning up street trash.

But this is the nature of growth – it takes a brave little shop like Room for Cream to kick things off, and then the other retailers and customers will follow.

"What gives a house value is context," says Mr. Yan. "In a diverse and connected urban fabric, all values increase. How do you increase property values? You create community.

"I think that's why so many gravitate toward the east side – the need for community."

We've seen from the lesson at Coal Harbour that without density and flow of people, there is no community.

In other words, support your local independent coffee bar. They're building you a neighbourhood. 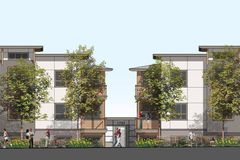 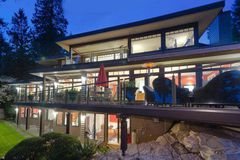 Who snagged trendy Vancouver loft? First one in the door
April 19, 2013 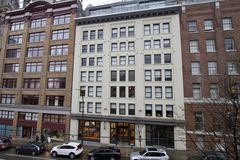