As summer approaches, some people who currently own houses and condo units in Toronto will be thinking of renting them out.

And some who aren't even thinking about it will find out that their tenants are.

Real estate industry observers say this year will likely bring an increase in short-term rentals as Toronto prepares to host the 2015 Pan Am and Parapan Am Games in July and August.

One young owner at an upscale downtown condo building was surprised recently to receive a sharply worded letter from the board of directors insisting that she stop offering her unit for short-term rentals.

She hastily got in touch with her tenant. She was shocked when she did an online search and recognized her unit advertised for rent.

The tenant responded that he only took it on in order to rent it out, so he's clearing out. Now she's stuck with his sudden departure, though she acknowledges that it seems a case of good riddance.

Davelle Morrison, a real estate agent with Bosley Real Estate Ltd., has some advice for condo owners who rent out their units: Put the address into such websites as Airbnb, couchsurfing.com and Kijiji and see if your tenant is offering it up for short-term stays.

"I don't think people even realize it's happening."

Ms. Morrison is the president of the board of directors at a condo building in the Distillery District in which she lives.

In the condo declaration, it states that rental terms shorter than six months are not permitted.

She knows that owners are not likely to wade through the fine print so the board sends out a terse letter the first time they notice someone seems to be breaking the rules.

"Most people aren't up on the condo declaration," she says.

"After two nasty letters, we're going to get the lawyers – you'll have to pay them at your expense."

In one case, they discovered, a woman was letting people use her second bedroom.

In another instance, an occupant was away for a time, listed the unit on Kijiji and suddenly young, out-of-town guests were coming in for the weekend and throwing raucous parties.

Ms. Morrison says the recipient of one letter was a landlord who responded very quickly to say he had no idea what the tenant was up to.

The condo board is typically tipped off, she says, when someone notices a sudden increase in traffic to the unit. Sometimes it's other residents on the floor who launch a complaint.

"You only know in the case of high traffic."

If you own a house or you're in a building that doesn't ban short-term rentals, you may want to go ahead with the plan but be sure to find out how it will affect your insurance.

Anne Marie Thomas, a spokeswoman for InsuranceHotline.com, says owners should notify their insurance company, even if they are only renting out their place for a week or two.

"Most policies will exclude any damage," she says.

In other words, if an owner occupies the condo unit and rents it out on a short-term basis, the policy will likely not cover any wrecked walls, furniture, appliances or hardwood.

She says some websites are more thorough than others in checking out the backgrounds of renters and offering back-up insurance policies for renters.

It may be possible for the owner to purchase extra short-term coverage, she says, but the expense would take a chunk out of the rental income.

"The money you make for that couple of weeks may not be worth the headache."

Ms. Morrison says the boards at most condo buildings in Toronto have rules preventing short-term rentals.

In Ms. Morrison's opinion, "vacation renters" don't tend to care about the welfare of the building.

She urges owners and long-term tenants in condo buildings to spend some time monitoring the rental sites. If they see a unit in their building being advertised for short-term stays, she recommends they report it to property management and the board.

"As a condo board we're going to have to watch it a lot more closely." 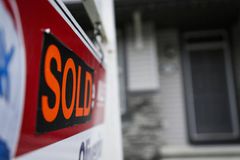 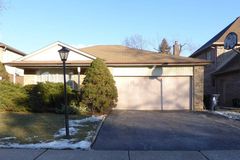