Real estate agent David Fleming recently rushed a client off to see a unit in the Vinegar Lofts on River Street.

The 38-unit building is a sought-after hard loft conversion, so Mr. Fleming knew the unit would be popular even with a $700,000 asking price.

Still, when the client decided to make an offer the same day, Mr. Fleming was surprised to find that another buyer had already beaten him to it.

"Man, who would have thought a few months ago that we would be back to that," he says of the quick pace in the condo market.

In another recent example, Mr. Fleming helped a young buyer compete with two others to purchase a cool starter condo in the King West neighbourhood. The client paid $305,000 for a unit listed at $299,000.

"It was perfect for a first-time buyer. We made an offer the next day and the agent said there were two other offers."

He adds that he's never had this many active condo buyers before. He also notices that twentysomethings are finishing school, working for a year and diligently saving their for a downpayment. "They're saying: 'I've got my 5 per cent – I'm ready. My condo buyers are getting younger and younger."

He figures that the younger generation wants to get out from under their parents' roof.

In the market for single-family houses, meanwhile, Mr. Fleming was disappointed this week to see that the rush of new listings that agents were expecting after March break hasn't really materialized yet. "You're at the mercy of the new listings."

Bidding contests are still common in downtown neighbourhoods in particular.

"This is the hottest market I've ever worked in for single-family homes," he says of the past two months.

Mr. Fleming recently listed a property that consisted of two semi-detached houses set on a busy street between a gas station and a corner store. "In other words, it was a very, very difficult sell."

In some cases, the eye-popping amounts that some home buyers are flinging around in order to win bidding wars in Toronto these days lead to an inevitable question.

"I wonder what it will get appraised for," speculate the real estate agents who keep an eye on the action.

Mr. Fleming says bidders who are tempted to overpay in their desperation to obtain a house can run into difficulty if the property appraiser estimates that the house is worth far less. He says deals don't often fall through but buyers should be aware of the pitfalls. "I think it very rarely happens. But if you don't have the minimum required, you end up having to go to the bank of mom and dad."

It's a particular worry for people who need a high-ratio mortgage, says Mr. Fleming. Such buyers require mortgage insurance. If they make a deal at $750,000, for example, and the appraised value is $700,000, the buyer has to make up the difference in order to get their financing approved.

Mr. Fleming recommends that buyers check with a mortgage broker before they get caught up in making a bid that may end up above market value. A mortgage broker will be able to check with lenders and insurers ahead of time. "This is something that not a lot of buyers know about."

Joe Sammut, a broker with Mortgage Architects, says he sometimes runs through a "mock offer" to see how the numbers work out. He will also recommend that buyers hire their own appraiser before they go in firm with a bid. "If a buyer has only 5 per cent, it's too risky to just do desk appraisals."

Mr. Sammut also urges potential buyers to work with an agent who will stop them from paying too much. He stresses that buyers must be sure they don't caught up in the stress of a bidding war and go beyond their budget.

"You can't. You need to go in there with a system and a strategy. It cannot be emotional." 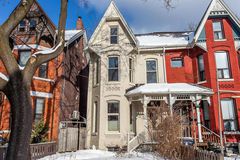 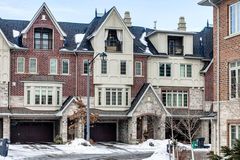 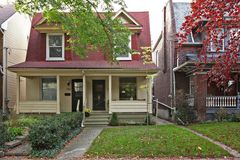