He worked with two sets of clients who were able to buy houses in High Park and Little India respectively after fending off only a couple of other bidders.

Then he heard about 75 Wilson Park Rd.

"Forget what I said about people being measured in the new year," he laughed.

The renovated Parkdale semi had an asking price of $869,000 and an offer deadline set for Monday night. After eight parties came to the table, the sellers accepted $1,150,000.

"It's very much a family house," she says.

She figured that offer night would likely see some spirited bidding after she booked 60 appointments in a six-day listing period.

She held two open houses on the weekend and saw a steady stream of people both days, even with a snowstorm on Sunday.

She also had the impression that most of the people coming through were serious potential buyers and not just curious neighbours.

She thinks the sellers were fortunate with their timing. There were no comparable houses around.

"In February, while the weather can affect people, there's never anything to sell. Nothing came out that was our direct competition."

Ms. Cowie says the property had "remnants of rooming house" when the current owners bought it a few years ago. They'd done lots of improvements but made a sudden decision just before Christmas to move out of Toronto to be closer to family.

"Some people think so much about real estate they end up doing nothing," she says. "These people are doers."

Mr. Chaddah, of Sutton Group-Associates Realty Inc., worked with one set of clients who paid $847,000 for a two-storey semi north of High Park. The house, listed at $799,000, had two other offers.

In the east end, another client outbid competitors with an offer of $802,000 for a house with an asking price of $699,000. The detached house is in excellent condition and nicely fixed-up, he says.

In both cases he feels satisfied that the clients paid a reasonable amount.

"If you get a fair deal you should feel pretty good."

Mr. Chaddah says the market in Toronto seemed to go to sleep in mid-November but he's been getting steady calls from buyers and sellers in recent days. He has one condo listed for sale in Roncesvalles Village and another coming in a few days. He also has a couple of homeowners currently getting their houses ready for sale in six weeks or so.

He's recommending to clients planning to sell that they aim for the first quarter of 2015 if they can. He points out that Target's withdrawal from Canada is leading to the loss of more than 17,000 jobs and Mars Inc. is shutting down its Toronto Wrigley plant.

"From one week to the next you never know," he says of the real estate market in the Greater Toronto Area.

Mr. Chaddah hasn't heard clients talking about the softness in the Calgary real estate market but he cautions that a downturn there could eventually undermine confidence in Toronto.

At Toronto-Dominion Bank, senior economist Randall Bartlett said in a report he expects last month's interest rate cut by the Bank of Canada will likely keep the country's housing market buoyant. In his view another cut by the central bank is imminent, "thereby adding additional fuel to an otherwise hot market."

Ricky Chadha, an agent with Royal LePage Estate Realty, says he hasn't seen any sign yet that the market will slow down here because of any fallout from the economic woes in Alberta.

He's still weighing the impact of the Bank of Canada's recent cut.

"I'm kind of thrown for a loop with the interest rate dropping. It just kind of came out of the blue. It's really hard to gauge what's going to happen." 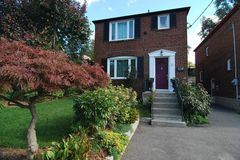 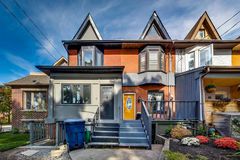 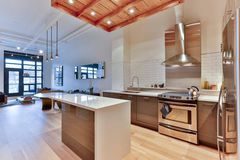