During a recent visit to New York, Simon Henry chatted with a real estate broker who was trying to negotiate the sale of a Manhattan apartment to a wealthy buyer from China. The seller refused to drop below $5.2-million (U.S.) and the buyer was equally adamant that he wouldn't go above $5-million.

The frustrated broker couldn't understand why the buyer was being so intractable. The Chinese businessman explained that he was buying the apartment for his daughter to live in while she attended school and he insisted on strictly adhering to the budget he had set.

"Anything over $5-million, I'm afraid it will go to her head," he said.

As the co-founder of the Shanghai-based real estate portal Juwai.com, it's the type of anecdote that Mr. Henry hears often. In recent months, his firm has had six clients with budgets of more than $100-million.

Juwai.com crunched its latest numbers for The Globe and found that, within Canada, Chinese buyers of sumptuous properties have shifted their preference toward Toronto and away from Vancouver.

The average price for property viewed by Chinese property hunters in Toronto has increased over the past two years as the average price in Vancouver has declined, according to Juwai.com. The two cities have switched roles, with Toronto now attracting a higher-priced buyer mix than Vancouver.

In five of the past six months, Juwai.com's users have searched for a higher average price in Toronto than in Vancouver.

"This doesn't mean Vancouver will never see another high-priced Chinese buyer again. They are still very active there," says Mr. Henry. "It just means the momentum is shifting to Toronto at the top end of the market."

Juwai.com is a real estate portal that serves Chinese-language speakers in mainland China, Hong Kong, Singapore and Taiwan who are looking to purchase property abroad.

If the trend continues, Mr. Henry says, Toronto may have less reason to fear a real estate correction than the housing bears suggest.

Canada is now the third most popular country for Chinese buyers after the United States and Australia, Juwai.com says. With gaining popularity, Canada has now surpassed Britain, which has slipped to fourth place.

Mr. Henry says international buyers have helped vacuum up a huge supply of new construction in Canadian cities – and especially in Toronto. "The amount of supply is being added a lot faster in Toronto."

He adds that many of the units being built in this city are in lofty price segments.

His firm's clients are not just buying in the luxury segment but in all price ranges, Mr. Henry says. There are still plenty of families buying a $300,000 condo unit for a student to live in while studying at the University of Toronto, for example.

He thinks the buyers veering toward Toronto are drawn by the huge amount of new construction and prices that are lower than Vancouver's. Both cities are welcoming to those who speak Chinese languages. "Canada is such a unique country because it has two cities – both with exceptionally large Chinese immigrant communities."

Jimmy Molloy, an agent with Chestnut Park Real Estate Ltd. in Toronto, says the city's restaurants, arts scene and educational institutions are all attractive to overseas buyers. "You have all of those things that make a city interesting."

He also believes Toronto offers more choice for foreign students who are looking to study in Canada. "The private schools have developed a reputation that is global."

Mr. Molloy has worked with clients from mainland China and Hong Kong in the past and also partnered with agents who speak Asian languages.

"If you're coming from mainland China, we're damned glad you're here," he says. "People are throwing around huge amounts of money. The world is paying attention."

He would like to see the city's infrastructure improve to keep up with the demand.

Mr. Molloy says the Bridle Path and suburban neighbourhoods were popular with buyers from China in the past, but now many are expanding their searches to Forest Hill and Rosedale in order to be close to the schools in those areas. But even within traditional neighbourhoods, many of the buyers prefer new houses and condos.

Rosedale's homes are protected by heritage conservation rules, he notes, but there is lots of new construction in Forest Hill. "They certainly appreciate new construction, without question," he says.

In the 1990s, the majority of Chinese-language immigrants came from Hong Kong, Mr. Henry says, while today they come mostly from mainland China.

Juwai.com's clients buy overseas property for four main reasons: investment, immigration, education and lifestyle. Many buyers purchase in areas where their immigrant community already has a base.

"You don't really need to look any farther than Richmond, B.C. to see that."

Mr. Henry adds that many of the most well-heeled buyers are looking for so-called trophy homes. One spread in France in the $100-million range comes with its own gallery of fine art.

The clients are very much interested in return on investment, he adds, but unlike Japanese buyers in the 1980s – who often made speculative purchases for a quick profit – these buyers see their time horizons stretching 20 or 25 years to the next generation.

Juwai.com's users aren't worried about a potential bubble in Canada's housing prices, he adds, but they are very savvy about how various countries' real estate markets stack up.

His firm has created an app for smartphone and tablet that allows potential buyers to see the value they would get in Sydney, New York and Toronto, for example. The app has been downloaded 2.5 million times, he says.

"They're incredibly savvy property buyers – even more than locals – because they do so much research," he says.

And while some observers worry that foreign buying is driving up prices in Vancouver and Toronto to unsustainable levels, Mr. Henry cites an Australian study that found the opposite.

The results of the study show demand from foreign buyers adds supply to the market and that additional supply helps to moderate prices. Internationally, he says, foreign buyers represent only 5 to 10 per cent of local property markets, on average.

In Toronto, supply is definitely coming online fast over the next 12 to 18 months, Mr. Henry says, pointing to all of the new condo towers slated for completion.

As a result, he predicts that double digit year-over-year price growth in the Toronto market will slow to price increases of somewhere between 2 and 10 per cent.

Persistence pays off for some Toronto home buyers
March 22, 2018 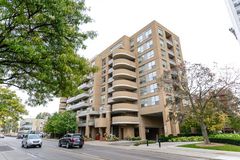 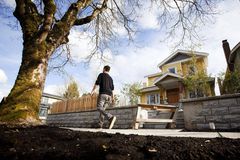 In Toronto’s hot real estate market, everyone wants to be an agent
March 22, 2018 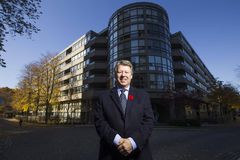