As soon as buyers and sellers get used to the carnival ride that is Toronto’s real estate market, another competitor finds a way to take it up a notch.

One Riverdale homeowner was just heading out the door of her house on Bain Avenue last week when a real estate agent landed on the porch. The photographer had finished a little earlier and showings were set to begin at 5 p.m. on the one-bedroom rowhouse, which had an asking price of $609,000.

The homeowner was astonished and so was her agent, Erika de Vasconcelos of Bosley Real Estate Ltd.. She had uploaded the online description to the multiple listing service that morning, but she hadn’t even had a chance to add the photos.

Ms. de Vasconcelos rushed over from her nearby home and asked the agent to wait in her car while she consulted with the client. The seller was willing to look at a pre-emptive offer instead of waiting until the anticipated date a week later. She had already sent her dog off on hiatus and was happy to get the pup back home as soon as possible.

Ms. de Vasconcelos’ invited the other agent to reconvene in her dining room and they negotiated until they agreed upon a price of $720,000 and a closing longer than 10 days away. “By 8:30, the deal was done,” she says. “My client was thrilled.” 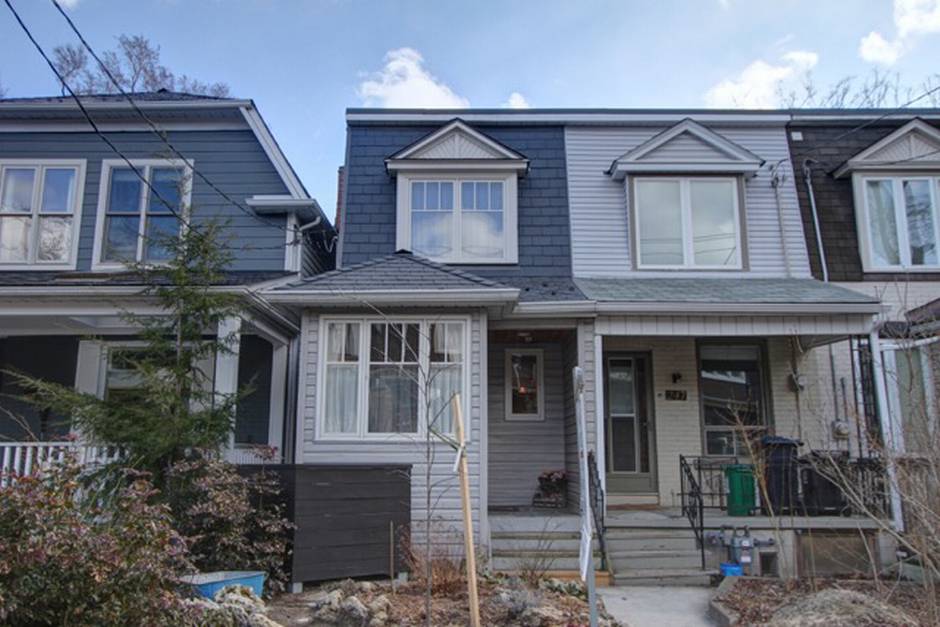 That evening, she had calls from people wanting to view the circa 1885 house on a 13-foot-wide lot but she had to tell them it was sold. The outcome was surprising because having only one bedroom narrows the market, the agent says. “It’s a very tiny house.”

Since they were already at $111,000 over asking and had beaten the seller’s expectations, she figured it wasn’t worth gambling that they might get more by holding off.

Bosley’s Patrick Rocca, who specializes in Leaside and Davisville, says any property with a price up to $2-million is hot. “I love listings that are between $800,000 and $2-million.”

But some pockets of high end real estate are slower.

Mr. Rocca is seeing houses sit in some of the most traditional Toronto neighbourhoods.

Sales above $2.5-million in the established Leaside area, for example, are stagnant. Some properties in Rosedale and Bennington Heights are also taking longer to sell, he says.

But in some pockets of the city such as Willowdale, houses at the $2.5-million mark are selling quickly. Mr. Rocca says some of that divergence can be explained by the preferences of overseas buyers, who often favour the newer construction and larger lots found farther from the core.

“If we didn’t have the foreign buyers we would still have a good market, but it wouldn’t be as crazy,” Mr. Rocca says.

And while many mid-priced houses are drawing all kinds of competition, other properties are unpredictable - in every price range, agents say.

Mr. Rocca says that buyers, meanwhile, are frustrated by the lack of supply in the middle price ranges. People who were looking for a $1.3-million house a few months ago now have to boost the budget to $1.5-million. 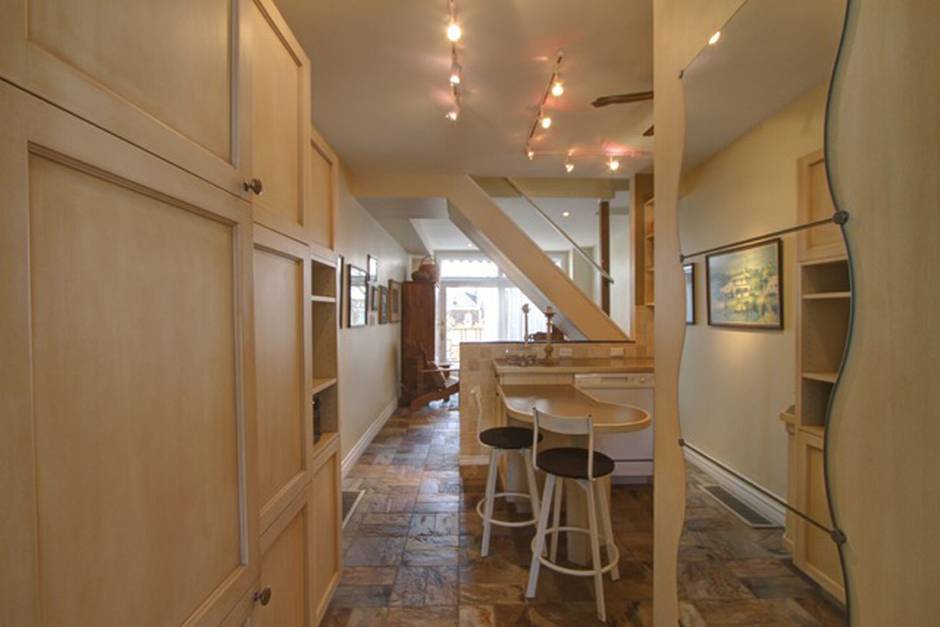 More listings are coming out now that the Easter holidays have passed but sellers also have very high expectations.

While properties can receive dozens of offers, many listing agents would prefer to deal with just a handful of serious buyers.

Alex Beauregard of Freeman Real Estate Ltd. is one of them.

He points to one Seaton Village house he sold recently where one of the 16 bidders not only brought an offer around the asking price of $838,000, he actually asked for a short delay so that he could sell his current house in an out-of-town suburb.

“Poor fellow, I felt bad for him,” says Mr. Beauregard without irony. He says the bidder and his agent just weren’t prepared for how competitive that price range is in central Toronto.

In short order, Mr. Beauregard says, 70 real estate agents made appointments to see it with their clients and 250 people crowded the two weekend open houses. “It was wall-to-wall.”

Part of the attraction was the basement apartment, which provides a “mortgage helper” with rent of more than $1,150 a month.

People also like the neighbourhood for its proximity to two large grocery stores, the subway, and good public schools, he says.

One potential buyer tried to pre-empt the bidding by showing up and asking if he could take a look around. He had a written offer in hand. But the sellers stuck with the schedule and, by the time all of the negotiations were finished, the house sold for $1.1-million.

By noon the following day, the next door neighbours were in touch with Mr. Beauregard to ask if he could do the same for them.

But, this time, Mr. Beauregard raised the asking price to $938,000. The second house differs from the first in that it has an additional half-storey from a finished attic space. The basement is finished as a recreation room.

The higher asking price was also meant to discourage bidders.

“Sixteen offers is too many.” 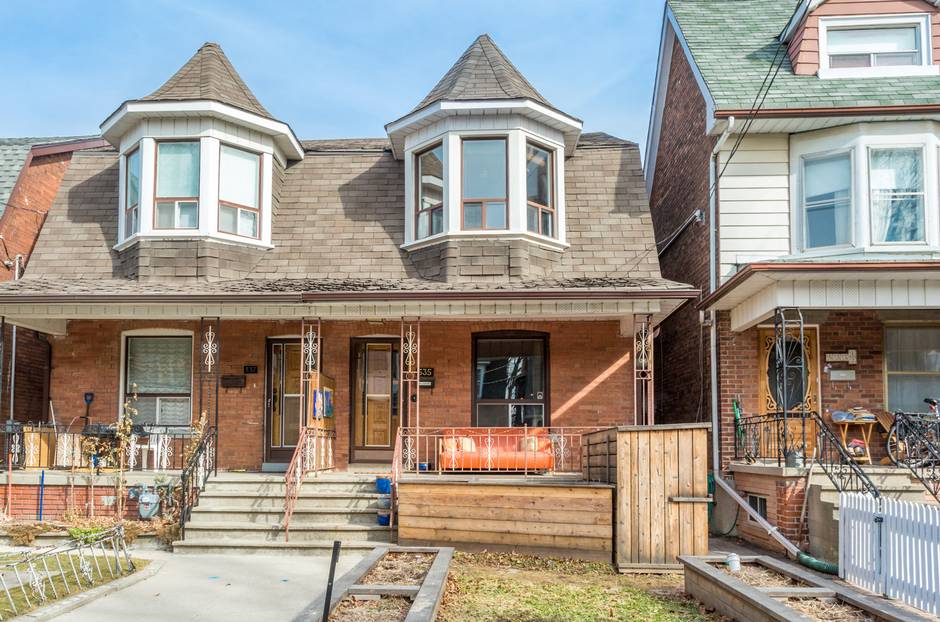 He points to the prospective buyer who wanted to see if he could finalize a deal for his house in the ‘burbs first. About 10 of the bids were close to the asking price.

“There were too many people who wasted their time bringing offers with conditions,” he adds.

In this market, buyers should be ready to work around the nap schedules of the sellers’ children and come prepared to accept the closing date of the seller’s preference, he says. They’ll also have a better shot if they provide a hefty deposit. “A five-per cent deposit doesn’t inspire confidence.”

Meanwhile, Mr. Beauregard and his team were searching online to ensure that the bidders seemed credit-worthy.

Some of the prospective buyers who missed out at 535 bid on 533, he says. With the higher asking price, the second house received four offers and sold for $1.138-million.

The same week, his firm sold the house across the street at 552 Clinton. That house, listed for $988,000, sold for $1.1-million with five bidders competing. Four offers were above $1-million.

In the coming weeks, Mr. Beauregard expects new listings to pick up. Still, with the intensity of competition, buyers have to shorten their wish lists, he advises.

For $1-million in Seaton Village, buyers can expect to deal with basic problems such as replacing the furnace, ripping out knob and tube wiring and blasting away fake brick facades.

“They will never find a home that is exactly the way they want it,” he says. “As the months tick by and they get involved in more and more bidding wars – and losing – their expectations have to come in line with reality.”

At the moment he is preparing to list a stately home at the $2-million level in the Bracondale Hill neighbourhood near Davenport Road and Christie Street. The five-bedroom house at 20 Frank Cres. has been in the same family since the 1970s, he says.

While the owner is painstakingly packing up a lifetime of momentoes, Mr. Beauregard has placed a “for sale” sign on the lawn but the property is not yet listed on the multiple listing service of the Canadian Real Estate Association.

Within days he saw traffic on his web site surge and he receieved about 100 phone calls, he says. About 50 per cent of the inquiries were from developers, he says.

As soon as he erected the sign, his website saw a surge in traffic and he started receiving calls from builders and other potential buyers.