It's a sign of what little $1-million now buys in Toronto's soaring housing market – a tear-down home on a skinny lot fetching a premium price in a neighbourhood known for its blue-collar roots.

Last week, the detached bungalow with an asking price of $679,900 in the Greektown neighbourhood on Toronto's east side attracted a bidding war.

The front yards in the area, near the major intersection of Danforth Avenue and Pape Avenue, are often taken up by parking pads barely large enough to hold a car. Some properties have a small patch of grass that residents on the Prairies would scoff at for being a poor excuse for a lawn.

A million-dollar property is far from luxury in Toronto.

The sellers of 69 Muriel Ave. have owned their home for a half-century. They listed their property on Jan. 23, and began accepting offers on Feb. 1. "Attention builders, contractors, renovators and envisioners," the listing blared. "Don't miss out on this chance to build a fabulous new home." For good measure, the feature sheet added: "With front pad parking!"

Tool: How much is your home worth? Check out our housing data centre

For subscribers: Canadian real estate in 2017: The experts weigh in

Multiple bidders competed for the tear-down on a tiny lot measuring 20 feet wide by 78 feet deep. The winning bid emerged 54 per cent above the list price and caught industry observers by surprise – $370,100 higher than the asking price.

The Royal LePage listing, which is slated to close in mid-March, underscores the scorching real estate market in the Greater Toronto Area.

For the GTA as whole, the average sales price for detached houses, condos, townhouses and other housing types reached $770,745 last month, up 22.3 per cent from January, 2016.

The average price of detached houses sold last month hit $1.34-million within the City of Toronto and $999,102 in the suburbs, rising 26.8 per cent and 27.8 per cent, respectively, compared with a year earlier.

Bidding wars and offers that are well above the list price are commonplace in the GTA's skyrocketing housing market, said John Pasalis, president of brokerage Realosophy Realty Inc. "People are getting a little too excited," Mr. Pasalis said in an interview.

Views vary on how much limited supply is behind the sharp rise in prices versus robust demand from foreign and domestic buyers.

Sales volume has been surging while listings shrink in the GTA. "Until you see a very sustained period of time where listings growth is outstripping sales growth, then we should continue to see strong price growth," said Jason Mercer, director of market analysis at the Toronto Real Estate Board.

"If you're a level of government that is looking at policies pointed at the housing market and affordability, as we move through 2017, those policy discussions and direction have to be pointed more so at the supply side of the market," Mr. Mercer said.

Last October on behalf of the Toronto board, Ipsos surveyed local realtors about foreign-buying activity. Realtors told the polling firm that fewer than 4.9 per cent of house sales in the GTA involved international buyers.

"I would take issue with saying 4.9 per cent is a small number. I think it is a very significant number," Bank of Montreal chief economist Douglas Porter said. "In what is already a very tight and hot market, to add net new buyers can have a very big influence on prices. With modest employment growth, there is something else going on."

While Mr. Porter said an array of factors contributed to the GTA's booming housing market, he believes the turning point came when the B.C. government implemented a 15-per-cent tax on foreign home buyers last August in Metro Vancouver. He argues that there has been a shift of attention among some foreign buyers to the GTA and the Victoria region.

Real estate website and brokerage Zoocasa said Wednesday that Toronto townhouses will be a hot commodity in 2017 as prices for detached properties jump even further out of reach for many consumers.

Back on Muriel Avenue in Greektown, future listings for skinny lots in the East York area will use the sale of the tear-down as a rough guide for setting real estate values.

The theme in Toronto has been one of rapidly rising prices. A renovated row house on the same street sold four months ago for $1.15-million after five days on the market, much higher than the list price of $899,000. A renovated detached bungalow on nearby Wiley Avenue sold last April after one week on the market for $776,000 – well above the asking price of $599,000. 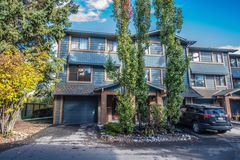