Toronto architect Paul Raff likes to say that the city’s sky is one of our most glorious, and least appreciated, natural resources.

He is surely right on both counts, although the citizenry’s shortage of admiration can perhaps be chalked up to the fact that, for much of each year, the weather keeps us inside. The best places for domestic cloud-watching and sky-gazing – urban backyards, decks, balconies, terraces, patios, gardens – are often too cold for contemplation, so we miss a lot of the great pageant of lights and shadows passing by above our heads.

But even in the summer, some private outdoor spaces aren’t exactly welcoming. The blame here can be laid at the doorsteps of the Victorian and Edwardian planners and developers of inner-city Hogtown’s low-rise residential districts. The bureaucrats and entrepreneurs believed that residents should have backyards if only to establish a decent interval between the house and the privy. But they apparently thought that nobody would want to dine or play or look at the sky out there, or do anything other than use the facilities; hence, the wholly or mostly bricked up, opaque rear façades of countless elderly homes downtown. 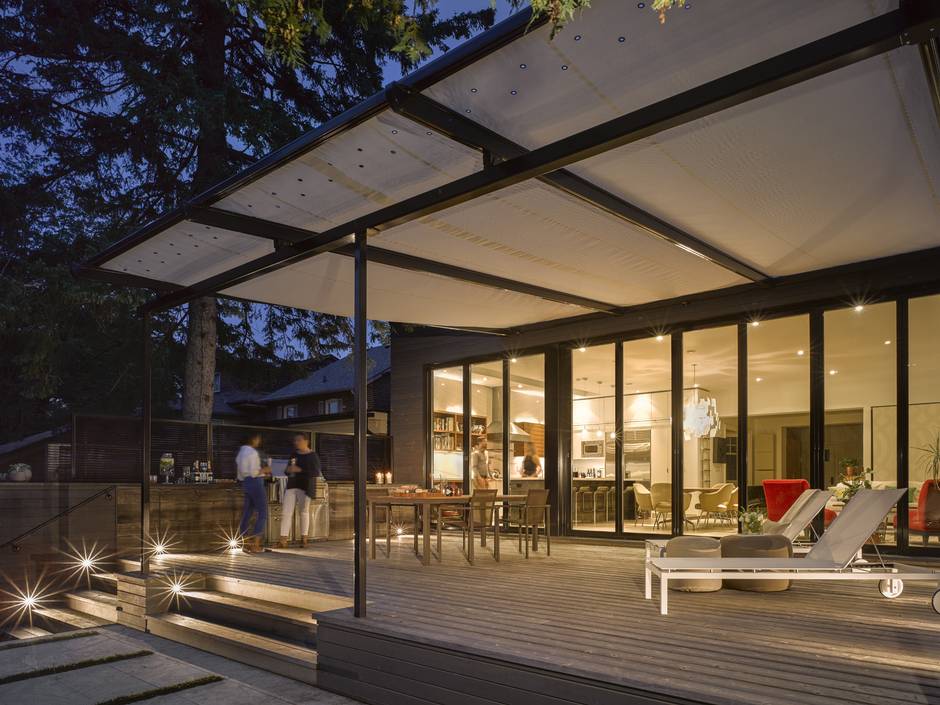 In the summer, the expanse of glass, 27 feet wide, that overlooks the back garden folds completely away on this north Toronto home. (Paul Raff Studio/Ben Rahn/A-Frame)

Opening up these backsides to light and sky has become a first order of business for renovators in recent years, and the results have been mixed. Some overhaulers and their clients have imagined that it’s good enough merely to knock out the rear wall and put glass in its place. One can do better. The thoughtful revision of a spacious 1908 family home in north Toronto by Mr. Raff and his team at Paul Raff Studio Architects, for example, joins inside to outside with grace and sweep, and with respect for the skies valued by the head designer.

Instead of moving directly from the traditional front door to a glazed rear wall, the visitor is invited past the unrenovated part of the house into a new box-like annex at the rear, roughly 1,000 square feet in area. In winter, the family cooks, dines and relaxes in this open-plan space. In the summer, however, the expanse of glass, 27 feet wide, that overlooks the back garden folds completely away. The interior territory of the box is thus united, first, with a broad planked deck (about 730 square feet), and then, three steps down, with an Eramosa limestone terrace (just under 1,000 square feet) that abuts the lawn. 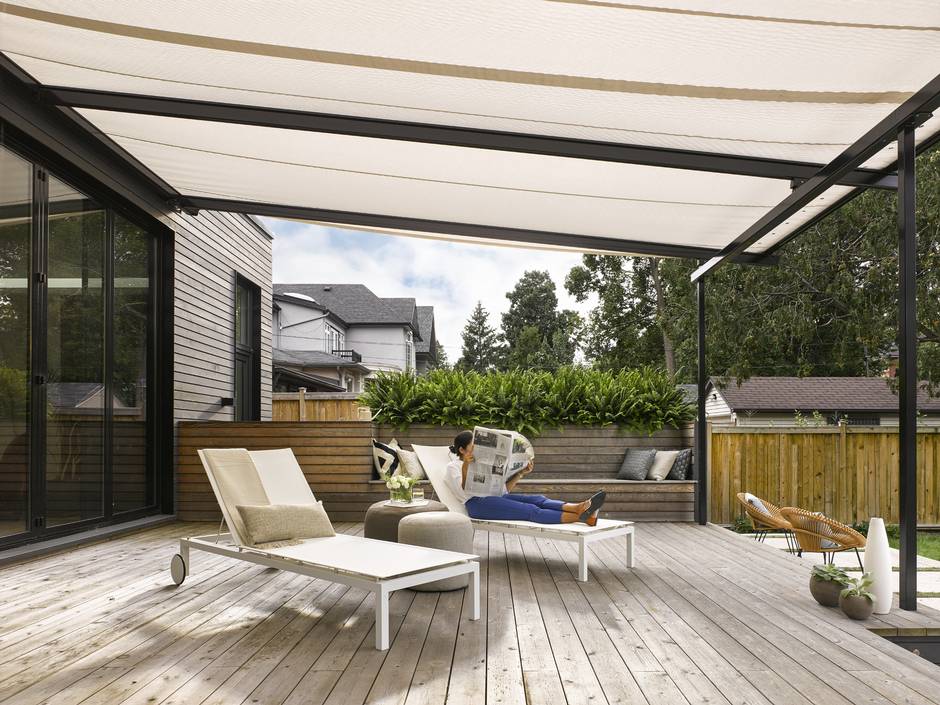 A motorized awning extends, when wanted for shade or on rainy days, from the pavilion to the wooden deck’s edge. The deck has been outfitted with an open-air kitchen and otherwise furnished attractively. To help the addition blend in with other back gardens in the neighbourhood, Mr. Raff said, the Douglas fir cladding has been given a deep charcoal stain.

The rhythmic sequencing of architectural spaces – from the box’s interior, out to the deck, then down to the stone terrace – is elegant, and it creates a subtle, interesting spot in the urban forest for enjoying the skies and breezes of summer. The project also quietly expresses the mindful modernism that has long typified the residential work of Mr. Raff’s office. 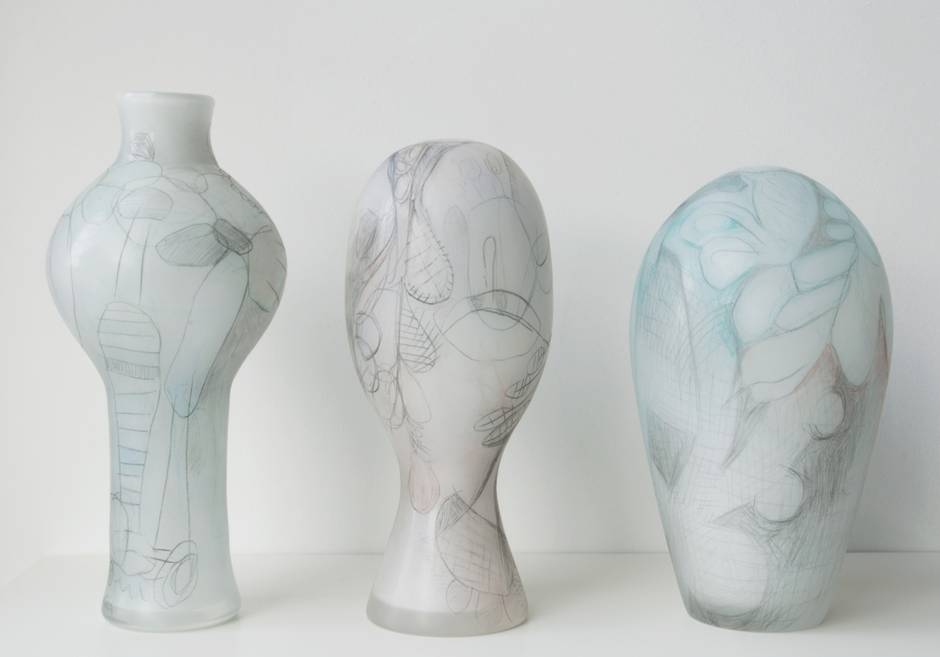 Kristian Spreen, blown glass and under-glaze pigment, 2016. The ChromaZone experiment hacked away at traditional boundaries between high art and pop culture in the 1980s.

In the early 1980s, the young painters and sculptors in Toronto’s ChromaZone group made headlines with their brashly expressive, raucously representational art. But it wasn’t all just show-off and act-out. Like so many previous avant-gardisms, the ChromaZone experiment hacked away at traditional boundaries between high art and pop culture, good taste and bad, art and craft. The group’s energies climaxed in 1983 in the sprawling exhibition called Chromaliving, an exuberant expo of fashion, furniture and décor (all by artists) held on the premises of a defunct high-style clothing emporium.

Memories of Chromaliving – a landmark in Toronto’s 20th-century cultural history – are being revived Friday evening with the public opening of Chroma Lives, a show, like its ancestor, of home decorations by artists, at the presentation centre of Camrost Felcorp’s Yorkville Plaza condo development at 21 Avenue Rd. 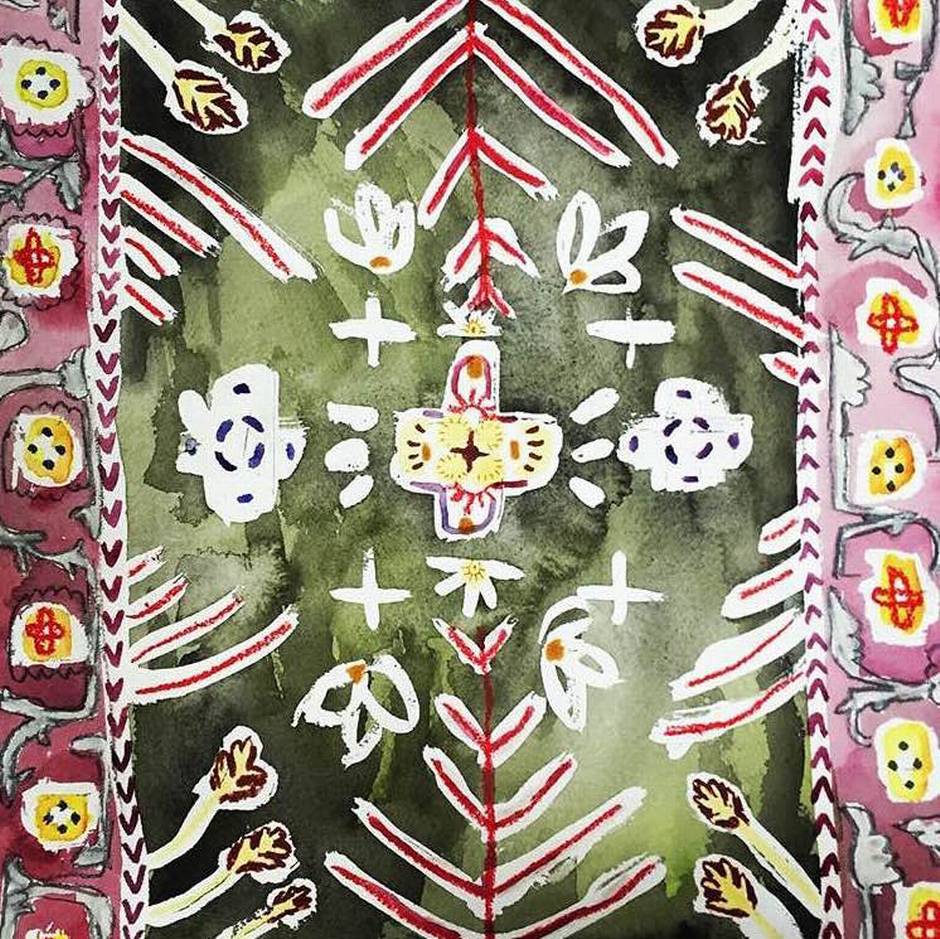 Laura Dawe, 'up and dirty.’ Watercolor sketch for mural design, 2016.

But Chroma Lives is something other than an updated version of the ChromaZone original that inspired it. Curators Erin Alexa Freedman, a design historian, and artist Lili Huston-Herterich will be harvesting the recollections of those who witnessed Chromaliving, as well as visitors’ reflections on the many, still-ouchy cultural questions raised by the 1983 show, and by this new one.

Chroma Lives has been mounted in partnership with Camrost Felcorp, and was commissioned by the Amsterdam’s performance art collective If I Can’t Dance, I Don’t Want To Be Part of Your Revolution. This exhibition and oral history project continues until June 30.