Mississauga-based developer Diam Developments Inc. has cancelled a 119-unit mid-rise condominium building proposed for Toronto’s Danforth Avenue, just the latest in a string of developers blaming costs and financing for a collapsing project.

“This truly is the worst case scenario, I burst into tears,” said Claudia Uribe, 39, a teacher at Markham’s Coppard Glen Public School who received a notice of cancellation from Diam on Monday night. “I just happened to drive by the site yesterday. I felt like seeing if any progress had been made – I had stopped doing that because it was so disappointing – and I actually did get a bad feeling, because there was no machinery any more.”

Ms. Uribe signed a presale purchase agreement in July, 2016, agreeing to pay just under $300,000 for a studio apartment in the 10-storey On The Danforth project from Diam.

Moninder Khudal, president and CEO of Diam Developments, was not made available for comment, but his company released a statement Tuesday. “Circumstances beyond our control have left us no option but to cancel the sale of the proposed condominium units,” it said, and pointed to a bullet-pointed list of reasons why: “Significant unanticipated construction cost increases; construction delays; the refusal of DIAM’s lender to make the requisite construction financing advances under the construction loan; and the lender’s demand for repayment in full of the amounts owing under the construction loan.”

In 2018, more than 4,200 condo units were cancelled in the Greater Toronto Area, according to figures from Urbanation Inc. That’s more than twice as many as in 2017 (1,678) and more than ten times as many in 2016 (379). Frustrated buyers have asked for reforms and better protections from the new-home building regulator Tarion, some of which have been announced by the PC government. Buyers of two cancelled projects in Vaughan – the Icona project by Gupta Group and Liberty Group’s Cosmos buildings – are suing, alleging the builders acted in bad faith.

On the Danforth would have been Diam’s first multiresidential project. Previously, the company had built custom homes. Diam has another project, a townhouse development in Innisfil, Ontario called Radiance that is slated to be finished by this summer.

Ms. Uribe now faces the prospect of trying to get back into a condo market that continued to get more expensive while she spent three years waiting. She lives nearby the development in a basement apartment, and was hoping to stay and own something in her “dream neighbourhood,” though that dream now seems delayed, at the least.

The letter from the developer informed Ms. Uribe that, while she will be getting her deposit back because “DIAM will not be in a position to complete the sale of the proposed condominium unit to you,” it did note that the interest owed to her is “NIL.”

“There aren’t that many condo projects on the Danforth. I thought it was a no-brainer,” she said. “You put your faith in these prebuild projects and with that comes risk, but there is savings attached to that risk. That money on the deposit was hard-earned, it wasn’t easy to make that happen. Am I going to wait another three years?” 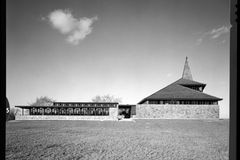 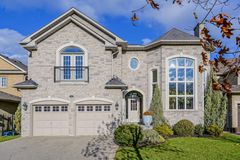 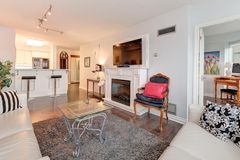