A recent run of stronger sales in the Toronto-area housing market seems to be contributing to a lack of synchronicity between buyers and sellers: Just as some house hunters are motivated to jump in before a strong upswing, many would-be sellers want to hold out for that exactly that scenario.

Mr. Jelinek says he sees short supply and strong demand in every segment of the market.

During two years of soggy sales after prices in the Toronto market peaked in 2017, many people sat on the sidelines, Mr. Jelinek says, as they tried to figure out whether prices had farther to fall.

In September, in neighbourhoods crowded with high-priced, newly built houses, some properties that had been sitting on the market finally found buyers.

“I know that some of them are getting knocked off,” he says.

But Mr. Jelinek cautions that sellers still need to be realistic about the asking price. Mr. Jelinek says that well-priced listings will move but sellers who want to test the waters with a higher price risk having a listing that appears stale.

He points for example to one recent sale, for example, where the homeowners sat with an unsold property for months, then took a hit on the deal.

The couple moved to Canada from the United States when one of them took a new job in 2017.

At that time, they paid $3.73-million for a newly built house near Avenue Road and Lawrence Avenue West. Earlier this year, the pair decided to return south of the border.

They listed the house for sale in the late spring with an asking price of $3.78-million, or $50,000 more than they paid for it.

Mr. Jelinek says the house languished through the summer, but the owners never lowered their asking price. Eventually, they accepted an offer of $3.5-million, or $230,000 less than they paid.

By trying to make a profit, the pair had to wait months for a sale, he explains. He estimates they’re down about $300,000 after real estate commissions, land transfer taxes and legal fees.

In many cases, the sellers of properties that sat were investors trying to make a profit on a newly built house. Now some of those investors are letting their listings expire and quietly planning to hold off until the spring in anticipation of an upturn.

“Some people who were burned by overpricing or didn’t have good product are now saying forget it.”

But Mr. Jelinek cautions against trying to time the market because it’s difficult to predict where prices will go or which events might affect the outlook.

“I don’t think it’s the right position to take.”

Mr. Jelinek says buyers and sellers should make a move when it suits their lifestyle and their finances.

Nicole Wells, vice-president of home equity finance at Royal Bank of Canada, also says she senses a fast tempo in the Canadian market this fall.

Ms. Wells urges potential buyers to take a steely-eyed look at their life and finances before they even begin to shop for houses, condo units and mortgages.

The bank’s research shows affordability continues to be a top concern for potential buyers.

She advises first-time buyers to “test drive” a mortgage before they even start to hunt for a property, adding they need to look not only at the amount of future mortgage payments, but all of the other expenses that come with owning real estate and paying for all of the expenses of day-to-day life.

Ms. Wells says some first-time buyers feel financial pain when they make the transition from paying rent to owning real estate. Where once they had disposable income to spend on things like travel and gifts, they find that money left over after paying the mortgage is eaten up by all of the other expenses of home ownership.

“It’s a shock,” she says. “They start to feel that they’re not in control.”

Ms. Wells reminds first-time buyers that there’s so much more to home ownership than just making mortgage payments. Property taxes, utilities and maintenance fees are all recurring expenses, for example.

In addition, many first-time buyers purchase a small condo or townhouse in order to get into the market but may soon outgrow it.

“How long does that fit your lifestyle?” she asks.

Ms. Wells adds that people often buy first, then face the expense of raising a child or a medical emergency.

Ms. Wells says surveys conducted on behalf of RBC have found that respondents are struggling to make headway with their finances and saving for the future.

In addition, she says, many more established homeowners are helping their younger children to buy their first home. That can be an ill-advised strategy if those folks then neglect their own retirement goals.

“They feel the pressure to support their children,” she says. “Parents are helping with more than down payments.”

These days, even young parents are thinking about saving for their child’s education while also expecting to help with a home purchase in the future.

With a clear-eyed look at their goals for the future, buyers will end up being less stressed about money once they’ve purchased real estate, Ms. Wells says.

Toronto home buyers are out in force – but cautious
Subscriber content
September 25, 2019 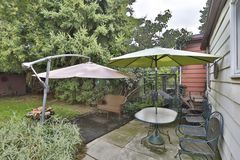 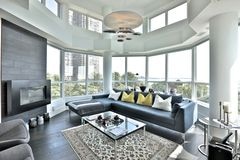