A Toronto-area real estate market that started the year by revisiting the market euphoria of 2016 abruptly feels like it’s reliving the financial market meltdown of 2008.

“A couple of weeks ago it felt like 2016 – now it feels like right after the crash,” says real estate agent Rochelle DeClute of Toronto-based Union Realty.

In a market that can be fuelled or halted by sentiment, buyers, sellers and their agents are grappling with the societal and economic upheaval that accompanies the COVID-19 pandemic.

This week the essential parts of the real estate industry were given the green light to keep running in Ontario as Premier Doug Ford ordered all non-essential businesses in the province to close for 14 days.

So far this month, Ms. DeClute says, some properties have been selling with multiple offers and prices above asking. First-time buyers have been particularly active, she says, pointing to one small condo unit with an asking price of $699,000 that received 11 offers and sold for $950,000.

She returned early from vacation to find that the tempo had shifted in just a few days.

“They’re in a position where they can wait,” she says.

In other cases, listings are coming to market as divorce, downsizing and estate sales continue.

“Because of life, people will still have to move,” she says.

Ms. DeClute says other sellers are forging ahead because they’ve already bought another property. Some homeowners bought during the recent run-up in prices and now they need to sell their existing home in a market that is already slowing.

“They bought in a very strong market and it’s not that market now for sure.”

Other people who are in a bind are the tenants who have given notice on their rental property with the expectation they would be moving into a newly-finished condo unit. With many government services shut down, inspectors are not giving out occupancy permits for new construction, she says.

But purchasers were still buying units in preconstruction sales for projects that will be completed in six or seven years.

Serious buyers have continued to bid on houses, including one of her own listings that sold last week with nine offers. Open houses have wound down as government admonitions about staying home grow increasingly stern.

“We’re not seeing tire-kickers out there,” Ms. DeClute says.

The DeClute team has joined many real estate agents who are offering virtual tours instead of in-person showings and open houses. Serious buyers can follow up afterward to see a property in person.

They are now asking buyers to provide a deposit worth 8 per cent of the purchase price instead of the standard 5 per cent they required before.

And they’re also thought ahead to what will happen if deals can’t be completed on time in the event that the services of land registry offices and lenders are disrupted.

The DeClutes sought advice from three law firms on how to protect buyers and sellers in such a time of unknowable consequences.

They are inserting a clause in their sales agreements that requires buyers and sellers to agree that both sides need to provide flexibility around the closing date for the reasons above or, for example, if one party is sick or in quarantine inside a house or condo unit.

“It doesn’t protect everyone from everything,” says Ms. DeClute of the legal language.

She describes the clause as more of a heads-up to signal potential pitfalls.

It wouldn’t allow a buyer who loses their job before closing, for example, to back out of the purchase.

“You would have to still be responsible. You can’t walk away,” she says.

Christopher Bibby, a real estate agent with ReMax Hallmark Bibby Group Realty, says he is monitoring developments by the hour and changing best practices by the day.

“I don’t think we’ve worked in a market quite like this.”

Mr. Bibby says he sometimes feels he’s turning into a therapist as clients work through the long-term implications of the crisis.

Meanwhile, some owners are calling him in for an evaluation, quite determined to get their property on the market no matter what, he says.

“They’re being upfront and saying they need to get a deal done because they have to close on a place in 60 days or 90 days.”

Others question whether it’s ethical to have showings if they have tenants living in a property. They also don’t want to put realtors at risk or disobey the edicts of federal and provincial leaders.

“These people are fine just delaying their process. They feel that’s the right thing to do as a citizen.”

Mr. Bibby says some older residents or people with health concerns feel more worried about the potential of coming into contact with the coronavirus that causes COVID-19.

“If they’re feeling anxious or vulnerable, we can put them on pause,” he says. “Certainly as we learn more we have to be sensitive.”

Some property owners are afraid – not just financially but afraid for their family members, says Robin Pope of Pope Real Estate Ltd. in Toronto.

He has been working with investors looking for condo units in recent weeks and has found the market competitive. Units have sold at record prices, he says.

Mr. Pope says some condo buildings are not allowing real estate showings and some are banning movers.

Mr. Pope says conditions and government measures are changing so quickly that it’s too soon to tell what will happen with the market longer term. But he expects anxiety to persist for some time.

“If I were to sell, I would sell now. Like tomorrow,” Mr. Pope says. “I certainly believe the situation is going to be worse in two or three months.” 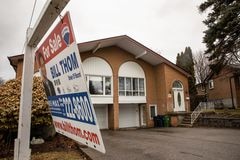 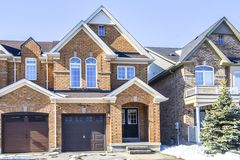 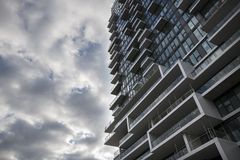