In 2015, when artist Dana Boettger was “renovicted” out of the apartment in the midtown Toronto fourplex she’d rented for 23 years, she and her partner decided to look for something more affordable in the city’s east end, and specifically in Scarborough’s quiet postwar neighbourhoods. They ended up leasing one of the thousands of very similar small houses that line so many streets in those parts of the city that had been farmer’s fields until the late 1940s.

The three-bedroom dwelling has hardwood floors and a renovated basement, but retains the cozy scale and feel of an older cottage. “It’s one of those very solid little red-brick houses,” Ms. Boettger says, commenting on the intriguing playing card motif carved into the shutters. “The street is full of houses like this one. They’re almost all the same.”

The remarkable proliferation of these Monopoly-house bungalows and variations on the theme, including dwellings colloquially known as “strawberry boxes,” defines many of the older parts of Scarborough, North York and East York. But this phenomenon isn’t just a hallmark of Toronto’s postwar suburbs. Regardless of the city, observes architect George Kapelos, a professor in the department of architectural sciences at Ryerson University, “you see the same houses.”

Unlike more recent subdivisions, these dwellings tended not to be the work of a single private developer. Rather, they were built by contractors or even the homeowners themselves using “small house” designs promulgated in the late 1940s and 1950s by the Central (later Canadian) Mortgage and Housing Corporation (CMHC), which sold the plans for a nominal fee and provided subsidized loans.

Over about 20 years, CMHC published 15 small house “pattern books” – essentially illustrated catalogues featuring a range of compact dwellings, complete with renderings, elevations and floor plans. The use of pattern books in residential construction dates back to the early 19th century and figures such as Andrew Jackson Downing, a celebrated British landscape architect who published popular pattern books of cottages and country homes. For well over a century, hundreds were published and distributed; they can be seen as a precursor to today’s shelter magazines.

With CMHC’s pattern books – the first, published in 1947, is entitled, 67 Homes for Canadians – agency architects came up with some of the designs, but many more were commissions for young designers who would receive a $1,000 stipend and then a $3- to $10-royalty each time aspiring homeowners purchased one.

“The small fees paid to architects certainly helped them in the early stages of their careers,” says Prof. Kapelos, who has written extensively about CMHC’s efforts in that period. Some notable Canadian architects, including Ray Affleck, got their start this way.

While it’s well known that the postwar baby boom spurred massive suburban development across North America, the period which saw a surge of construction of these CMHC-designed houses predates the advent of the master-planned subdivisions that began, in Canada, with Don Mills, in North York, Ont.

From the 1910s to the 1930s, prior to the advent of land use planning, lower-income people could buy un-serviced plots of land on Toronto’s periphery, build shacks and then add to them over time, according to McMaster University geographer Richard Harris, who points out that DIY house kits sold by Sears and Eaton’s were also popular.

As Mr. Harris wrote in a recent blog post, “Often, people have designed and erected their own homes, whether because they couldn’t afford a kit, because they had idiosyncratic ideas or peculiar needs, or because they needed to buy materials and build in stages as their finances permitted and without going into debt.”

Near the end of the Second World War, federal officials realized they had to confront the daunting housing shortages that had accumulated over 15 years of economic stagnation and military conflict. The government passed the National Housing Act (NHA) shortly after a 1944 advisory council on reconstruction estimated a shortage of 175,000 units. “A lot of the major construction companies in Canada got their start by developing these wartime lots,” Toronto architect and developer John van Nostrand says.

CMHC became the vehicle for distributing NHA funds in the form of hundreds of millions of dollars in subsidized mortgages for families that had purchased one of the small house designs in its pattern books.

By the 1950s, the program increasingly focused on providing cheap mortgages and small houses to low-income families. Says van Nostrand, “You could order a house and [CMHC] would come and help you get started on it.”

The policy produced aesthetic and economic dividends. According to a 2012 dissertation by architect and McGill University doctoral candidate Ioana Theodorescu, CMHC’s architects at the time were dyed-in-the-wool modernists steeped in British design and planning “ideals.” The popularity of CMHC’s pattern books, she found, became “a vehicle to educate and convince ordinary Canadians of the value of modernism,” with its principles of “egalitarian democracy and scientific rationalism.”

Whether due to financial or stylistic inducements, CMHC’s small house policy proved so popular that The Globe and Mail, in 1959, concluded Canadians are among “the best housed people in the world.”

The program was not without flaws, however. Critics in 1960 pointed to an overhang of unsold but subsidized bungalows as evidence of waste in the program. Meanwhile, the editors of Canadian Architect complained that the proliferation of templates produced “an abominable hodgepodge of small houses” instead of a more coherent collection of modular dwellings tailored to the needs of individual owners.

More than the three-and-a-half generations since that moment, some streets once lined with those CMHC bungalows have been almost completely redeveloped with much larger and more modern dwellings that offer features such as sunken garages and open-concept kitchens. In areas with elevated land prices, those older bungalows, often situated on large lots, are demolished instead of renovated.

But in other neighbourhoods, such as Ms. Boettger’s, most of those older homes remain, not just standing but, as she points out, “beautifully” cared for.

As both a student of the form and an enthusiast, Prof. Kapelos describes these starter homes from a more modest era as “fantastic.”

“We often celebrate unique monuments of the Canadian modernity, such as Toronto’s City Hall, the Confederation Centre in Charlottetown or Ottawa’s National Arts Centre and these are frequently listed as important buildings,” he says.

“But the mass of modern houses is equally important, if not more so, because they shaped the form of Canadian postwar housing suburbs and were the background for the lives of a whole generation of Canadians. While individually not particularly remarkable, the ensemble of modest, modern, architect-designed housing, from coast to coast, is significant.”

Could microhousing have a big impact on density?

In 2018, Indwell, a Hamilton-based social housing non-profit, opened the Parkdale Landing project, its 12th building in Southern Ontario. The three-storey apartment, designed by Hamilton-based Invizij Architects, has two distinguishing features. Thanks to its aggressive energy-efficiency design, Parkdale’s energy costs are dramatically lower than similarly scaled buildings. But its 57 apartments are also extremely small – so-called “microunits” than range in size from 250 square feet to 350 sq. ft.

Parkdale, one of a handful of Canadian microhousing projects, is cited in a recent CMHC research study on the viability of such apartments. Co-sponsored by the Toronto and Region Conservation Authority, the report concludes that microhousing geared at certain demographic groups can provide more density and affordability in downtown areas, especially high-cost cities such as Toronto.

Jason Takerer, a senior CMHC research and innovation specialist, says both Vancouver and Toronto are looking at permitting such apartments as part of their housing affordability strategies. But the report notes that zoning and other regulatory barriers have tended to the development of such buildings. The study recommends a more intentional effort to approve pilot projects such as Parkdale.

“The research shows that microhousing is not a magic bullet,” Takerer says. “But it fills a certain need. … The feedback from people who live in these spaces is that they’re quite please with the trade offs.”

Toronto moves to a more holistic approach to land and housing development
March 20, 2020 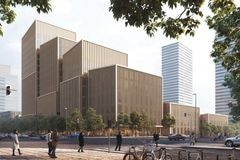 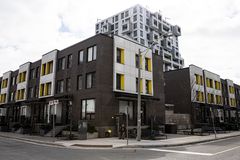 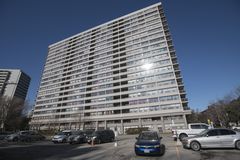