As the story goes, when presented with 10 samples labelled 1 through 5 and 20 to 24, Gabrielle (Coco) Chanel chose perfumer Ernest Beaux’s fifth, and the rest was history. Chanel’s new fragrance was fresh- and clean-smelling, and like nothing else on the market: perfect for the new woman of the 1920s.

Fresh, clean and ready for the modern family of the 2020s, 144 Strachan Ave. has just sold, but not before Luloo Boutique Homes’ Laleh and Pouneh Rouhani, two thirtysomething sisters from Iran, gave it the proper send-off during a swanky cocktail party a few weeks ago.

Even from the street, a passerby can discern that Sculptural Copper House is different. First is the copper cladding: Looking a little like a sable coat in shades of reddish-brown and purple-grey, the top two-thirds of the home are outfitted in handsome, tailored metal panels. Artificially aged, the supplier, Toronto-based Copper in Design, promises they’ll never turn green and the Rouhani sisters say the panels can even win awards – at least for them. Luloo No. 3, at 166 Dovercourt Rd., garnered a North American Copper in Architecture Award in 2017.

“And then we decided to keep this exterior look as a signature for all of our projects,” said the younger sister, Pouneh Rouhani, who was headed for a career in tourism and marketing until her older sister, a real estate agent, pulled her into the family business when it was launched in 2011.

After admiring the 150-year-old brick, the next thing one might notice are the angles. Beginning where the south neighbour’s roof zooms up and back, Sculptural Copper House’s roof zigs upward, face-on, and terminates with a sharp point just shy of the top of the north neighbour’s roof; it then zags back down at a shallower angle. Cradled below is a semi-enclosed outdoor room, which frames views of street, sky, and of the mottled brick wall next door, a feature Laleh Rouhani (described as Luloo’s “visionary” by her sister) wanted to showcase. A domestic, hanging fixture adds to the room-like quality.

“It’s about how to have some of the key geometric lines of the mansard roofs of Toronto,” explained architect Nima Javidi of Ja Architecture Studio, who also worked on 166 Dovercourt for the sisters. “So this [angle] matches that slope, but it also does it in an asymmetrical way as you see from the front, but it also creates a sense of containment, that you’re outdoors, but you’re kind of covered.”

And speaking of containment, the home – technically a renovation since some walls of the original one-storey bungalow were retained – now sports a garage, but it’s almost an insult to call it that. With high ceilings, white walls and a mostly glass door behind a bi-fold system, this open-to-the-street room could easily double as an office or art gallery. Combined with the façade’s glass door and large window, the garage offers an additional peek inside from the “Victorian street that you’re walking,” Mr. Javidi said. “You always see a nice moment of domesticity, which adds to the street quality.”

Those lucky enough to step inside will note that angles and visual surprises continue. Underfoot, a herringbone floor zigzags all the way from foyer to rear kitchen. Kitchen cabinets by Scavolini have been hacked (in the nicest way possible) to reach up to the ceiling. Real marble, not the printed stuff – “To us, it’s like buying a fake Chanel bag,” Laleh Rouhani said, laughing – fills the gaps between cabinets as well as providing the backsplash.

On the other side of the room (there is no kitchen island), the tall, sculptural column over the fireplace is balanced by the wide staircase, which eschews the ubiquitous glass walls for simple drywall. A pentagon in shape, multiple landings – the first opens to the outdoor room – create interest as one ascends. The winding and pausing also causes one to forget there are only two additional floors; Mr. Javidi says it was the wide, shallow lot and it’s lack of backyard space that gave him the idea to “compensate” with “a series of gardens and outdoor spaces as you travel up.” To wit, there are little balconies/gardens in the strangest places, such as the one beside the ensuite bathtub and another attached to the third-floor “daughter’s bedroom.”

While the new owners of the home are indeed giving the “daughter’s room” to their daughter, the Rouhani sisters say that when designing the house over 2014 and ′15, they created a fictional family as a guide, including “what the rooms would be,” Pouneh Rouhani said. “This would be the girl’s room and this would be the boy’s room – and they have a son and a daughter.” The Luloo ladies were so spot-on, the real family even asked if they could have some of the staging furniture as part of the purchase.

Then again, fresh eyes can more easily predict what befits the changing, growing and swirling Toronto of the 2020s. Landing here in 2004, the Rouhani sisters understand that little design moves, such as French doors to the backyard or antique Egyptian gates at the walk-in closet, are just as important as big copper panels and complex geometries.

“Fashion is not something that exists in dresses only,” Coco Chanel famously said. “Fashion is in the sky, in the street, fashion has to do with ideas, the way we live, what is happening.”

And Luloo Boutique Homes, it seems, is what’s happening today. 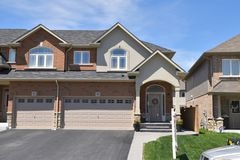 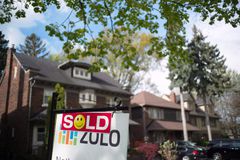 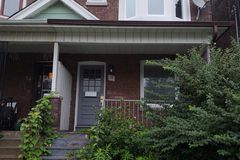