When a seasonal, 1970s-era cottage on a small lot on Lake Muskoka was listed for sale recently, Paul Crammond of Chestnut Park Real Estate Ltd., met his clients for a tour of the site.

The boathouse was falling down and the cottage wasn’t winterized, but his clients submitted a bid along with four or five other parties vying for the property with an asking price of $1.299-million. They were outbid when the triumphant buyer paid $1.55-million.

The most shocking aspect to Mr. Crammond is that the property last changed hand in June, 2020, when it listed and sold for just under $800,000.

Those purchasers hammered some planks onto the exterior of the boathouse in order to shore it up, says Mr. Crammond. Besides that quick fix, he couldn’t see any improvements.

Mr. Crammond figures the owners purchased it last year with the intention of fixing it up and reselling later. But why bother when the cost of construction materials has soared and they had already doubled their money?

Mr. Crammond is counseling his clients who want to compete in such an optimistic market not too stretch too far. Prices may level off or dip at some point, he warns.

As for the buyers paying outsized prices, Mr. Crammond says many of them have lost out in previous bidding skirmishes and become determined not to lose another one.

Some buyers are also motivated by FOMO – the “fear of missing out” – as they wonder if they will ever be able to afford a cottage in the future if they don’t buy now, he says.

The Lakelands Association of Realtors, which covers a large swath of Ontario cottage country that includes Parry Sound, Muskoka, Lake of Bays and Haliburton, reported that sales of waterfront properties soared 267.6 per cent in April, 2021 from the same month last year.

Prices jumped anywhere from 33 per cent to more than 130 per cent, depending on the area.

For entry-level cottages, Ms. Latner says bidding contests with 12 to 15 competitors are common and buyers are forced to make quick decisions. Some are paying huge amounts without making their offers conditional on having financing approved or bringing in a home inspector.

“The buyers are in a pressure cooker,” she says. “There’s been a frenzy in this market that no one has ever seen.”

Listings are slim, she says, because many people who already own a cottage want to hang onto it until the pandemic is over and travel opens up again.

Ms. Latner says sales continued through the winter, which is highly unusual in cottage country.

Ms. Latner says buyers typically will typically not purchase a cottage without being able to see the water, the shore and the property line.

“I think you could barely see the cottage, there was so much snow,” she says. “Not to see the shoreline or even the lake is just bizarre to me.”

She also worries that prices are running too hot – especially on the small lakes. People are purchasing small, vintage cottages with plans to rebuild. The economics of buying a teardown make sense on the Big Three lakes of Muskoka, Joseph and Rosseau, she says, because those locations hold their value over time.

“The value really changes when you’re on one of these little lakes.”

On Kushog Lake, seven offers landed for an all-season cottage with an asking price of $1.89-million. The cottage, built in the 1990s, sits on 11 acres with an 860-foot stretch of shore. The successful bidder paid $2.6-million.

“It basically had its own private bay with a point,” Mr. Strano says.

On Haliburton Lake, Mr. Strano sold a modern and bright cottage on 3.9 acres for a little above $2.7-million after listing it with an asking price of $2.195-million.

“That’s the new high-water mark for Haliburton Lake,” he says.

The median price for a waterfront property in the area came in at $775,000 in the months from January to May, Mr. Strano says. That’s a 37-per-cent jump from the median price of $448,000 in the same period last year.

Mr. Strano says entry-level waterfront cottages below $1-million are typically in original condition and not usable in cold weather.

Mr. Strano notes that some new cottagers made purchases during the winter with out-of-town agents. That’s a dangerous strategy, in his opinion.

“We saw some big sales in January and they have no idea that the shoreline is weedy or shallow,” he says. “There are probably people coming up right now that may not be able to dive off the dock and it’s getting weedy.”

Mr. Strano says the new cottagers paying those kinds of prices are almost invariably from Toronto.

In some cases, the appraised value of the cottage comes in below the sale price and the lender requires the buyer to come up with the difference. He hasn’t come across any purchasers who are worried about closing the gap.

“We’re seeing a totally different buyer,” than in past years, he says. “They’ve got very deep pockets.”

In order to afford a cottage in Muskoka, Mr. Crammond says, some entry-level buyers are planning to rent out the property at rich prices for a good portion of the summer, he says.

“It’s a way to justify in your mind paying an exuberant price for a cottage.”

Mr. Crammond does not believe the recent run-up will continue at the same pace but he also doesn’t see prices tumbling back to 2018 or 2019 levels.

If interest rates rise dramatically or the economy hits a rough patch, people will sell cottages before their primary homes, he points out. At the same time, he believes many people have permanently changed their lifestyles so that they can work remotely at least part of the time.

“Is this the start of a new level for recreational property or is it just a temporary result of COVID? I personally think it’s somewhere in-between.”

Mr. Strano is advising his own buyer clients to remain patient. Houses that are not on the water are sitting a little longer, he says, multiple offers are not as crazy, and vacant land is not as likely to be snapped up immediately.

He doesn’t expect prices to drop, he tells his clients, but they may find an opportunity to buy without jumping into a bidding frenzy now that many serious purchasers have already signed a deal.

“It feels like we could be heading into a lull or the market could be changing.”

Ms. Latner says she also sees signs that the market is calming as summer arrives.

She has seen a handful of properties sell with conditional offers.

“If it does settle down, it will be slowly,” she says.

She figures that it will be the spring of 2022 before Canadians know if health measures have been effective in controlling the spread of the virus.

That in turn will impact sentiment in the cottage market. In the meantime, the fervour to buy a cottage will subside in the fall, she predicts.

“I’d like to see the frenzy out of this market,” she says. “It will be interesting to see where we are this time next year.” 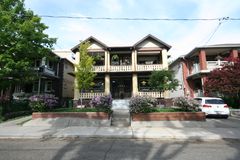 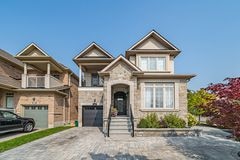 Big city rental markets turned corner in May and experts expect prices will rise
May 20, 2021 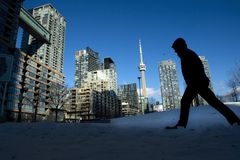