Amid lockdown restrictions and more people than ever before working from the safety of their homes, Ontarians say they’re increasingly looking into living in suburban or rural areas, citing a desire for bigger homes and more outdoor space.

Around one-third of adults active in Ontario’s real estate market say that the pandemic has changed what they want in their next home, according to the Ontario Residential Real Estate Monitor’s July report, a collaboration between the Ontario Real Estate Association (OREA) and Nanos Research. The report surveyed 1,005 Ontarian adults active in the real estate market between June 26 and 30.

Priced out of the big city? Here are seven housing markets young buyers can afford in COVID-19 times

Marcus Boekelman, vice-president of real estate development for Distrikt, a developer in the Greater Toronto Area (GTA), said that the trend toward suburban markets existed before COVID-19 because homes outside the urban core are more affordable, but that the pandemic seems to have accelerated it in some respects.

“COVID has really turned the market towards suburban living in a much more profound sense,” Mr. Boekelman said. “Longer term, people are commuting less and they’re working from home and so the term ‘live-work housing’ is now really the norm, whereas previously it was considered unique in terms of marketing and zoning permissions.

Most of Ontario, including recently Toronto and Peel, has entered into Stage 3 of the province’s reopening process, which allows for indoor gatherings of 50 and outdoor gatherings of 100 people, but still encourages working from home when possible.

Distrikt has several projects in Oakville currently in planning stages; one of its communities in the area sold 200 units within 48 hours when they launched in mid-July, selling out 95 per cent of all the units available.

The properties are far enough from the downtown core that they offer affordable prices and bigger spaces, but close enough that commuting into work will be a mere half hour ride on the GO train, which stops at Union station, said Mr. Boekelman who added that talking with purchasers, many have said to him that increased work from home options are part of the reason why they decided to buy in Oakville.

“I really think there’s a type of new urbanism that’s emerging post-COVID for people,” he added.

“The demand was very high in February so we knew there were a lot of people interest, but we didn’t know what effect the pandemic could have on it,” said Troy Dosman, Minto’s vice-president of sales and construction.

When the company decided to gear up again in mid-June, it sold out all 71 homes in a single weekend.

Although there is demand for homes outside the urban core, Mr. Dosman said that this doesn’t mean that the downtown market has changed because of the pandemic.

“I think it’s clear in terms of COVID that the demand [for downtown Toronto] is going to be there, that the prices are still there,” he said. “I think there are price points in different markets and it all depends on what people can afford, what they want.”

Jim Ritchie, chief operating officer of Toronto-based Tridel, said he sees the changing perspectives in the latest OREA report as “reflective of the moment” as opposed to a picture of what the whole of real estate will look like years down the road.

The findings are important, Mr. Ritchie added, and they make sense given the current circumstances, but “we’ve not been through enough time to understand what the long term effects are.”

The three main pillars that determine how the real estate market is going to look and change – the economy, net population gain in the urban centre and interest rates – have all been affected heavily by the effects of the pandemic, Mr. Ritchie said.

But looking at the sustained prices of homes in downtown that are being sold and the rate at which they’re being sold amid everything that’s happening, he said he doesn’t see any drastic changes coming up that could cause a huge shift of people moving out of the city.

“Clearly people will make decisions to move away from the urban core but these things happen all the time,” he said.

“I don’t think everyone’s gonna pick up and move out of the city of Toronto and move to cottage country. Is that going to happen? No.” 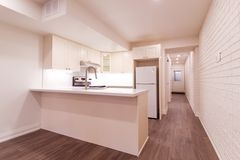 Coronavirus information
The Zero Canada Project provides resources to help you manage your health, your finances and your family life as Canada reopens.
Visit the hub
Follow Yeji Jesse Lee on Twitter @jesse_yeji
Report an error Editorial code of conduct
Due to technical reasons, we have temporarily removed commenting from our articles. We hope to have this fixed soon. Thank you for your patience. If you are looking to give feedback on our new site, please send it along to feedback@globeandmail.com. If you want to write a letter to the editor, please forward to letters@globeandmail.com.
Comments